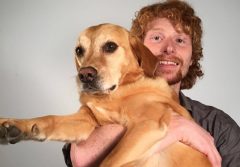 I would like to share with you a bit about how I spent a large portion of my summer during 2017 working with Carleton University’s Audio-Visual Resource Centre, and why it was such a unique opportunity to build my portfolio of transferable skills in an area that is of great personal and academic interest to me. I had an array of responsibilities, but one of the main ones was to organize and evaluate a large donation of 16mm films that were commissioned by the National Film Board of Canada. In terms of satisfying my academic interests, access to the collection allowed me to find some hidden gems of Canadian history, films that I would have never previously been exposed to. The process of working with actual film as opposed to the digital mediums that we are so accustomed to also very much fore-fronted the human-based creations of the objects, as I had to determine the quality of the film strips via details such as physical splices or the condition in which they had been stored.

When I discuss how this workplace opportunity was able to develop transferable skills, I am mainly talking about how I was able to autonomously choose my own projects and determine for myself what areas of the department needed the most attention. The route that I chose in determining which films to actually pull and evaluate changed throughout the job, as I grew more accustomed to this concept of autonomy, all the while developing a balanced professional relationship with my supervisor, Nancy Duff. This ability is, I think, crucial to any future job I might hold.

Aside from the 16mm evaluations, I also took on mini-projects such as re-imagining the displays in the student lounge, organizing the various store rooms, and documenting a structured continuity for future students who hold this position to be able to pick up where I left off. All of this, again, contributed to my growing independence as an employee, while ensuring productivity was being spent in the right places. Projects such as the lounge displays allowed me to use my creativity to add a story to the objects which we had deemed worthy to put on exhibit, and it is something that I am proud to say other students will be able to both enjoy and learn from.

All in all, I’m very happy to have had this opportunity, as I was able to work among not only great people, but artifacts that I would have never otherwise been exposed to. Aside from this, being on campus almost every day granted me the further benefit of being around whoever might be here during the summer, including professors. In this environment, conversations needn’t necessarily be “all-for-academic” purposes, granting me the ability to develop better relationships with those who are (of course, admittedly) much more advanced in the study of film theory than I. In other words, anybody that knows the Carleton Film Studies program knows that it is a tight-knit group of people, and being present during off-season hours advanced my relationship to this community.

I would like to primarily thank Nancy Duff, Diane Berezowski, Jack Coghill, and Brian Foss for giving me this opportunity and I wish the best to any future student who takes over this position. Good luck!!