Home / Student Money Blogs / How to Budget for a Student Income

How to Budget for a Student Income 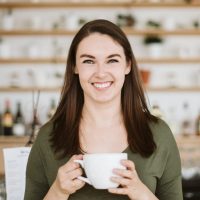 How to budget for a student income (aka irregular income)

The first thing I always say when any student asks me a question about money—especially since it’s often asked with a bit of guilt or a joke about being a student—is that budgeting your money as a student is probably the hardest budgeting you’ll ever do.

Trial by fire, right? Probably your first time budgeting your own money, and it’s the hardest you’ll ever do?

The reason I bring this up isn’t to discourage you, it’s specifically to encourage you—and empower you to ask for and look for help when you need it! There are a lot of adults who still struggle balancing the two hardest things you have to manage:

You should take a lot of pride in how you’ve been able to manage those two things so far, but there’s no shame in seeking out articles like this and advice from places like the Awards Office when you need it.

And speaking of advice, there are actually four steps you can take to make managing your student budget a lot easier. Master them now, and budgeting once you graduate is going to seem like a cakewalk.

Step #1. Tally Up Your Per-Semester Income

When you’re budgeting as a student, trying to come up with an annual-income number isn’t necessarily useful, because things can change from one semester to the next. Maybe you’re on co-op this semester, and studying sans part-time job the next. So your first step is to take a look at your upcoming semester, and add up all of the money you’ll have available for those four months.

That leaves you with a total of $8690, and if most of it hits your account at the same time, you’ll probably be feeling pretty great about your finances—but it has to last for four months, so it’s important to not go nuts spending it all in month one.

Which brings us to step two.

Step #2. Figure Out a Monthly “Salary”

It’s easy (well, easier) to budget when you get the same amount every month like clockwork, but because you’ll sometimes get big chunks of money all at once when a student loan or scholarship shows up, it can feel harder to plan. Not to mention, you might feel pretty rich when it does happen.

But once you have your total income for the semester tallied up, it’s time to plan out how you’re going to make it cover everything from textbooks to groceries for the semester. First up, make sure to map out any big expenses, like tuition, and put aside money to handle those when they’ll be due. Then, take the leftover amount after handling your big expenses and divide it by four to get a monthly “salary” for yourself.

That’s the number you should use when you’re trying to figure out what you can afford to buy, or how much you can afford to spend on stuff like rent or your cell phone bill. Breaking it up by month to mimic a salary can help make sure you don’t end up relying on just your part-time job’s paycheque by the time exams come around.

When you’re planning how to spend your $1422.50 each month, it’s important to be realistic—and that means accepting that you’re probably still going to buy the occasional coffee at Roosters or burger at Ollies. That’s where the 50/30/20 budget comes in.

The 50/30/20 budget is an approach where you budget based on a percentage of your income.

Last but not least, the key to making all of this work is that you pay attention to where your money is going. That’s what will stop you from thinking “Well, I have the money, might as well go for it” when you buy something, which I say from deeply personal experience because I’ve done exactly that.

Luckily, there are some ways you can automate the process to make it a bit easier on yourself. You can hook up your accounts to free software like Mint, which tracks your spending and helps you set up a budget. It’ll email you alerts when you go over one of your budget categories, but it won’t stop you from making purchases after that email alert goes out.

You could also look at apps like KOHO, which is a free prepaid Visa card that gives you the convenience of a credit card with the budgeting powers of cash. You load money—like say, your spending budget for the month—onto the card by email money transfer, and then you can spend it as usual anywhere you’d use a credit card. Since it’s a prepaid card, when the money’s gone, it’s gone, so you can’t overspend. KOHO’s app will keep track of how much left you have to spend, not to mention where you spent your money.

Budgeting as a student is hard, but not impossible

Planning for an irregular income, and making sure it can cover you for months at a time, isn’t easy no matter who you are, but it is a fact of life for most of us during our studies. With a bit of addition, and mapping out a high-level budget, you can set yourself up for less money stress during the semester, and give yourself the power to make money decisions that fit your life.