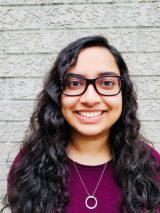 On the first day of 2021, I, like many others, began acting on my resolutions. 2020 was chaotic, to say the least. The New Year, I reasoned, was the perfect time to start bettering myself. I started out strong. Despite the start of winter courses, I managed to find time to paint cards for family and friends. Throughout the day, I greedily guzzled my daily three litres of water. In order to improve my fitness level, I used the old elliptical in my basement. I expected it to be painfully difficult, but listening to music while running turned out to be a great stress reliever. 2021 was going to be my year!

Predictably, as the weeks went by and the schoolwork began to pile up, I began to lose steam. My water bottle, which had never left my side before, was suddenly forgotten, as were my paint brushes. One missed workout became two. Clearly, the “new year, new me” energy was dying out. This phenomenon is not unusual, it is well known that many people who make New Year’s resolutions are unable to keep them. Still, when I realized what was going on, I had to take a step back. Was I unable to improve my life? Whatever happened to 2021 being my year of change?

That’s when I remembered Aristotle’s Physics, one of the second-year texts in the Humanities Program. In this work, Aristotle argues against his predecessors’ idea that the universe is absolute and unable to change. Instead, he asserts that change is very much part of nature, and it involves moving from one opposite (or intermediate state) to the other. As an example, a growing child transitions from being “short,”—or an intermediate state of “shortness”—to the opposite side of the spectrum, namely “tall.” Hence, change can be characterized as the actualization of a subject’s potential.

To extend Aristotle’s argument to my own case, I have the potential to gain the attributes I desire, even if they seem unachievable in the beginning. In terms of health, I will have to move through several intermediate states of fitness to go from being a couch potato to running five kilometers, but it can be done through hard work and consistency. For my fellow resolution-makers, I hope you found this message as encouraging as I did. Remember, a few setbacks does not mean we will never improve. As long as we put in the work, we can realize our potential and create substantial change. I wish you all the best with your goals in 2021!