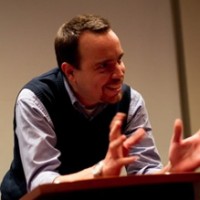 His current research focusses on the political and economic thought of the Enlightenment.  Having published recently on Adam Smith and Benjamin Franklin, Professor Kellow is currently engaged in a long project examining the cultural and philosophic substance and significance of Franklin’s Autobiography.  That work, tentatively entitled The Civic Education of the Spirit of Commerce, is the subject of both a manuscript project and a number of upcoming papers and presentations.

History of Political and Economic Thought

Geoffrey Kellow, “Epistemology, Inquiry and Identity.”  Contribution to “Conjugating the Universal and the Particular: A Symposium on Two New Books on Montesquieu.”  Perspectives on Political Science, Fall 2020, Vol 49, 3

Geoffrey Kellow, “’Things Familiar to the Mind’: Heuristic Style and Elliptical Citation in The Wealth of Nations.” History of the Human Sciences Spring 2011 Vol. 24 No.1

Geoffrey Kellow, “The Rise of Global Power and the Music of the Spheres: Philosophy and History in Cicero’s De Re Publica,” in Enduring Empire: Ancient Lessons for Global Politics, ed. T. Koivokoski and D. Tabachnick. (Toronto: University of Toronto Press, 2009), 147-163.

2020 Benjamin Franklin and the Lessons of Opportunism During Crises, Starting Points Journal

2019 Review Globalizing Confederation, Canada and the World in 1867 by Jacqueline D. Krikorian, Marcel Martel, and Adrian Shubert, University of Toronto Quarterly, Vol 88, No. 3