Humanities Alumna’s Novel is a Finalist for Canada Reads 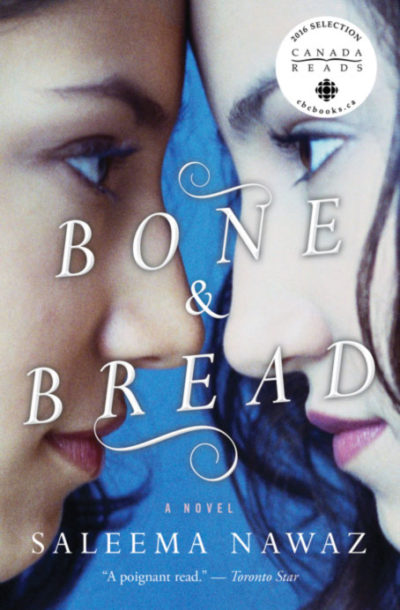 College of the Humanities alumna, Saleema Nawaz (BHum/’03), has been named as a Canada Reads finalist for her debut novel Bone and Bread.

This year’s edition of Canada Reads is themed “Starting Over.” Each of the finalists will be represented by a famous Canadian in a series of debates hosted by Gill Deacon which take place March 21-24, 2016.

The panelists have selected Canadian books they believe most markedly depict the joy and suffering of trying to start life anew. Bone and Bread will be defended by prominent activist Farah Mohamed.

Set in Montreal and Ottawa, Bone and Bread is the story of a young woman who is struggling to cope with and understand the recent death of her sister, who appears to have died from complications related to anorexia.

“I dreamed of having a novel on Canada Reads long before I’d written one — a show that makes books the focus of a national dialogue is a credit to the whole country, and I’m honoured to be a part of it. So many books come out every year, and it’s exciting to have my work brought to the attention of so many more readers. It’s really what every writer hopes for.” – Saleema Nawaz

On Friday, 11 March 2016 from 7:00 PM to 9:00 PM, Nawaz will join fellow Carleton grad Alan Neal (BJ/95) on CBC Radio’s All in a Day for a live discussion about her book Bone and Bread and about the “Starting Over” theme. Farah Mohamed founder and CEO of G(irls)20 CEO will also be on hand.

Saleema Nawaz’s first book of short stories, Mother Superior, won the prestigious Writers’ Trust of Canada / McClelland & Stewart Journey Prize. Her stories brim with exotic and challenging characters, facing harsh realities often of their own creation. She received her Bachelor of Humanities from Carleton University in 2003.