SANTHARA – A Challenge to Indian Secularism

Supported by the College of the Humanities and the Edgar and Dorothy Davidson Fund in Religious Studies, attend a screening of SANTHARA, an award-winning documentary by Shekhar Hattangadi, a Mumbai, India-based columnist, law professor, and film-maker. Hattangadi’s interest in the interface between secular law and religious ritual has resulted in a thought-provoking look at the sacred Jain end-of-life fasting ritual and its repercussions in Indian society. Lecture/discussion on October 14th by Prof. Hattangadi to follow the screening.

(A Documentary Film by Shekhar Hattangadi)

What happens when a traditional religious practice violates the law? This is the central question which the documentary film Santhara addresses. It looks at the tensions that arise and the sparks that fly in such a situation.

Particularly in societies which remain largely faith-based despite their outer trappings of profane modernity, the interface of governance and religion is fraught with tensions caused by friction between religiously mandated rituals and practices and the essential legal and constitutional principles of a secular-democratic polity. In India, the incompatibility between law and religious orthodoxy has manifested in several forms, but most dramatically in the case of “religious suicides” — typically where a religious or sectarian tradition endorses the self-extinguishment of human life — as they occur in a legal system that treats suicide as a criminal offence.

This documentary film explores the dimensions of the law-religion conflict by focusing on the doctrinal-scriptural, ethical, medico-legal and sociological aspects of the controversial Jain practice of Santhara, in which a person gives up food and drink after taking a vow of abstinence, resulting in death by starvation. Based on interviews with, among others, the litigants and their representatives involved in a public-interest litigation in the Rajasthan High Court in 2015 calling for a ban on the practice, the film looks at how religion, law and constitutional secularism over Santhara. The Rajasthan HC judgment originally characterized it as a form of “suicide” and effectively criminalized and banned the practice, although the Supreme Court has stayed the ban for now.

All the same, the practice of Santhara remains a classic example of the law-religion conflict, and provides an ideal template for debating the question of reconciling individual freedom and personal liberty as well as a minority community’s religious rights on the one hand, and, on the other, the justification for state intervention in matters of religion. The film also depicts the last moments in the life of a Jain sadhvi (nun) who adopted this practice. 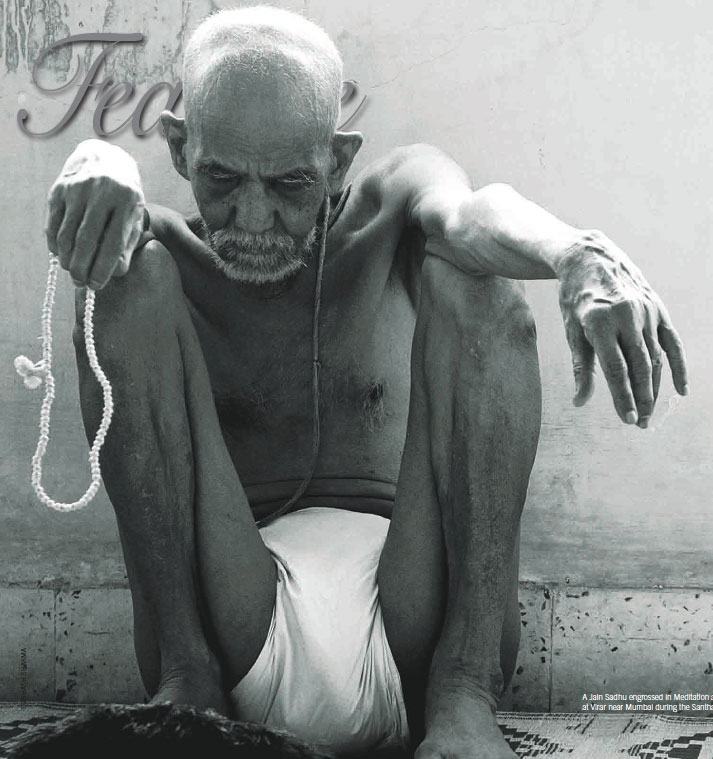 Shekhar Hattangadi is a Mumbai-based writer-journalist, lawyer-law professor, and film-maker.

He matriculated from St.Xavier’s High School, graduated in Science from St.Xavier’s College, and got his first job as a newspaper reporter with The Times of India. Then, as Editor-in-Chief of Mirror magazine, he became at 24 the youngest Editor of a nationally circulated publication.

Three years later, he did his first mid-career stint in academia: a dual master’s degree in International Politics and Journalism from Ohio University, and then a Kennedy Fellowship in Public Policy at Harvard University’s John F.Kennedy School of Government. His return to journalism as a Science Writer and Associate Editor for McGraw-Hill Publications in New York City was followed by his appointment as the same company’s South Asia Correspondent stationed in Mumbai.

Shekhar quit his regular job with McGraw-Hill after more than a decade, then spent time learning cinema at the Film & Television Institute of India, Pune, and began freelancing with several Indian and foreign publications, notably Little India published in USA. This freedom also gave him the opportunity to collaborate with the renowned director Kundan Shah in making Teen Behenein (Three Sisters). This two-hour-long Hindi feature film, which highlighted incidents of dowry-related deaths among unmarried girls, was India’s entry in several film festivals at home and abroad. The movie assignment done and dusted, Shekhar then mustered up the gumption to re-enter the daunting world of textbooks and examinations, and this time earned a law degree — topping Mumbai University’s final examination with three gold medals.

Since then, Shekhar has taught law, practised it pro bono, and also used its principles to analyze contemporary trends and events. He writes legal columns for newspapers and journals, and is now deploying his cinematic skills to make a series of documentary films on traditional religious practices which contravene modern secular law.