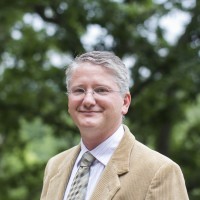 I did my graduate work in the department of Religious Studies at McMaster University. My main area of study was Hinduism with a minor in Indian Buddhism and Jainism. My PhD dissertation examined the development of the Hindu deity Skanda (also known as Karttikeya and Murugan) in textual and non-textual sources from the north of India. I taught at Wilfrid Laurier University, McMaster University and the College of William and Mary before coming to Carleton in 2006.

““Hagiography and Mythology in an American Guru lineage: The Case of Sivaya Subramuniyaswami.” In Homegrown Gurus: From Hinduism in America to American Hinduism, edited by Lola Williamson and Ann Gleig. Albany: State University of New York Press, 2013: 115-139.