About St Kitts and Nevis

Why St Kitts and Nevis

St. Kitts and Nevis is a twin-island nation in the Eastern Caribbean. The country gained independence from Britain in 1983. An active member of the international community, St. Kitts and Nevis is a member of the Caribbean Community (CARICOM), the Commonwealth, and the African, Caribbean and Pacific Group of Countries, among others. The country leads the Eastern Caribbean in economic growth and consistently ranks high on the UN human development index.

The first Commonwealth Caribbean country to introduce free universal secondary education in 1968, education has been a priority for successive governments.  With a commitment to provide equitable access to high quality education, the country boasts a literacy rate of 98% and has the highest technology penetration within CARICOM. St. Kitts and Nevis currently serves as the lead country for Health and Human Resource Development in CARICOM, including matters related to education and capacity building.

Visitors can enjoy both islands during their stay. Travel between St. Kitts and Nevis is easy. Ferries provide a leisurely 30-minute ride. Water taxis will transport passengers from one island to the next in six minutes. 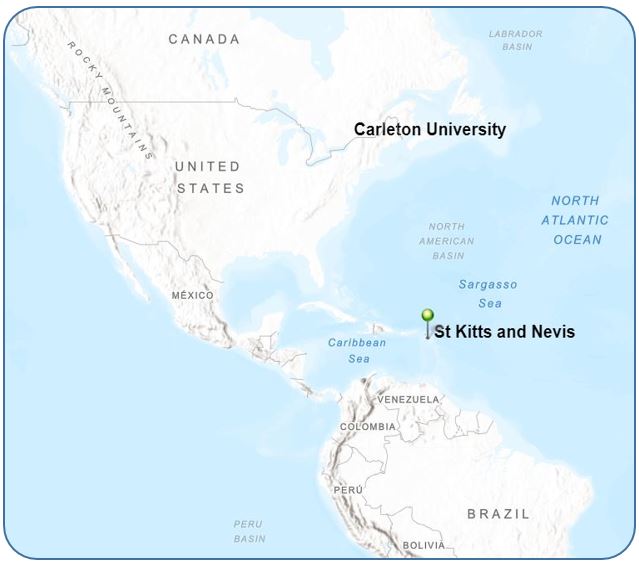 Why a conference in St Kitts and Nevis
The location of the island offers a great opportunity for researchers and experts from Commonwealth countries, and other regions, to come together and discuss teaching and learning from a leadership perspective. It also offers opportunities for Caribbean-based practitioners to share best practices. St Kitts and Nevis places higher education as an important pillar for the economic and social development of its population. The emergence of global issues related to teaching and learning demonstrates the need for leaders, practitioners, teachers and researchers to discuss common challenges.