A recent article published by Metro Ottawa on April 6, 2016, found that, “between 2008 and 2014, charges were laid in no more than half of the city’s sexual assault cases, according to police data.” 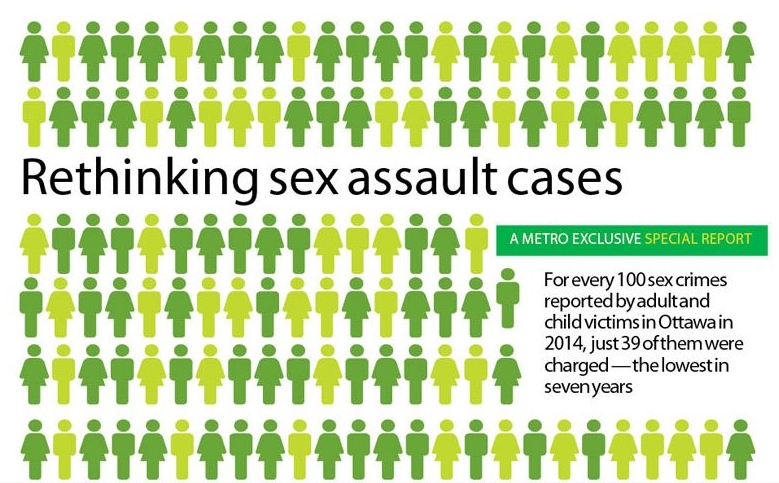 When interviewed by Metro, Sunny Marriner, executive director of the Ottawa Rape Crisis Centre and one of CFICE’s Violence Against Women hub partners, said that these statistics reinforce the need for police to allow outside experts to review sexual assault files to determine why the charge rate is so low.

The Ottawa police, however, are confident that sexual assault files are being properly investigated and have claimed that files closed without charges laid are closed for good reason.