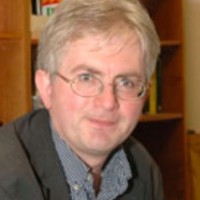 Francis McGowan is a Visiting Scholar in the Institute of European, Russian and Eurasian Studies, Carleton University, as well as a Senior Lecturer in the Department of Politics, University of Sussex. After brief spells in journalism (Lloyds of London Press) and think tanks (the Institute of Fiscal Studies) he joined the Science Policy Research Unity (SPRU) at the University of Sussex in 1987, working in the Unit’s Energy Programme. He shifted to the Politics Department at Sussex in 1993 though he remains a visiting fellow at SPRU. His research focuses on European energy policy and he is currently working on a comparative study of shale gas development and regulation in Europe and North America, funded by the British Academy.

The EU energy mix has been evolving continually since the postwar period.  Coal’s energy share has declined (from 50% to 16%), oil has swung around 40%, nuclear has grown since its introduction in the 80s (to 12%), natural gas continues to grow in importance (from 4% to 25%), and renewables have entered the fray with a rapidly growing share over the past decade (now 13%).  Note that energy source proportions vary widely among member states.  Significantly, more than half the EU’s energy needs are met with imports: the price and supply vulnerability of this arrangement stiffens EU commitments to energy security.  From a climate perspective, we see the carbon contributions of the EU’s energy makeup, along with its overall GHG emissions, declining steadily.  However, it is unclear whether these declines can be attributed to EU climate policy.

The EU has been a climate policy leader since the beginning (1980s), immediately recognizing climate change as a problem requiring multilateral action.  In the early days, the EU attempted an internal carbon tax, which was thwarted by individual state vetoes.  It then pushed for carbon trading under Kyoto, which also failed.  However, the EU has sought to lead by example within the international community (ex: ETS, energy policy, renewables).  Successes domestically have increased external perceptions of EU climate leadership, reinforcing domestic drive for stronger climate policy.  The EU has thereby become an international innovator in climate policy tools.  To a large extent, the EU’s success is relative to the failures of other major world emitters (ex: China, US) – the EU could be considered “the only game in town”.

Several factors restrained the early EU drive for climate success.  First, EU energy policy is guided by three objectives, which are not necessarily perceived as mutually reinforcing: sustainability, security, and competitiveness (this last being a preference for market principles).  Climate sustainability is not the only concern, and reconciling all three can be difficult.  Second, traditionally it is sovereign member states that have the final say on national energy policies.  Third, new member states and energy intensive industries have been sceptical of changing energy requirements.

Under these influences, the EU reached agreement over its new Climate-Energy Package (202020).  These are the core elements:

Development of the package received broad and strong support from across the EU, so targets were rapidly agreed upon (both binding and non-binding).  Implementation, monitoring, and early targets were all successful.  The momentum was so strong that the commission began investigating future options for total decarbonisation.  Individual targets were provided to each member state (according to their potential) in consonance with the 202020 goals.  There was some debate as to whether this momentum developed partly from or in spite of the 2008 crisis: while the package offered a productive means of public investment stimulus, it also threatened competition in some industries.  On the whole, it likely improved support for the package.

The Climate Package targets are being met, but we must examine the context surrounding these successes.  EU emissions have dropped, but so has overall energy consumption.  GDP has been falling during the same period.  Interestingly, this recession appears to have had a greater hand in falling emissions than the climate package and carbon pricing (which has dropped so low it no longer influences firm behaviour).  Rent seeking effects have also mitigated carbon pricing effectiveness.  Moreover, relative to the EU’s potential, these were never ambitious targets to begin with, especially considering that some of the targets are mutually reinforcing (increasing efficiency while phasing out fossil fuels necessarily boosts the renewable energy share).  Other reservations include the overreliance on national buy-in, the discrepancies between member successes, and the probable failure to meet certain emissions targets (particularly in transportation).

Moreover, the atmosphere surrounding EU climate policy has been shifting.  There is still momentum, but it seems to be slowing down.  First, the EU is less of a climate hero, now that the US and China have seriously entered the debate, which may reduce internal EU enthusiasm.  Second, austerity, affordability, and competitiveness concerns have moved to the forefront of EU policy thinking, as the fiscal crisis deepens – public spending has lost some popularity.  Third, carbon pricing did not work as intended, and had perverse effects on markets.  Generally, many believe there has been too much energy intervention.

The new 2030 objectives under development (intended as the EU COP21 proposal) reflect this shift:

Critically, these are EU wide targets, allowing individual countries to pursue the national policies they feel necessary, and EC updating enables national vetoing against the policy.  This deal was an internal compromise, especially towards lower income countries.  Considering the new EU attitude shift against EU vanguardism and the emerging primacy of the energy security concern in light of the Russia-Ukraine conflict, policies such as the Tusk proposal have more voice (which proposes faster security and competitiveness through fossil fuel redeployment).  Additionally, the new energy security strategy does not expressly emphasize renewables.

Hence, while the EU does desire a legally binding UN agreement at Paris for all signatories, and while the EU 2030 targets do comprise a better offer than most INDC’s, there are some doubts concerning whether the EU is putting forward its best possible offer, and (paradoxically) whether these targets can actually be met.  This is especially true given that internal divisions have been building up within the EU (“old north” vs “new east”).  Particular internal conflicts (Eurozone, refugee crisis) have questioned its solidarity as an international actor: can the EU still act credibly at COP21, and can it stick to its promises?  Whether strong governance for measuring and pursuing these 2030 targets is still possible for the EU is an open question, as is the possibility for continued EU climate leadership on the global stage.

The topics raised in the discussion have been categorized into common themes, and do not necessarily reflect the sequence of questions asked.

The means by which the EU determines the amount of emissions to cut was considered. Francis responded by stating that the Commissioners case of 40%, although grounded in scientific evidence, in practice is a result of political compromise. Setting targets was also discussed from the perspective of a bottom-up approach to climate change. It was debated whether the EU sets targets which drive national policies, or whether EU countries drive targets. Francis posed that the initial proposal comes from Commissioner but must ultimately be negotiated with member states.

Questions were also posed regarding the degree to which the EU vision is driven by the President of the European Council, Donald Tusk, given that Canada’s position at the negotiating table decades earlier focused largely on the role of the president. Luxemburg is a small and not vastly resourced country, but plays a big role with respect to climate change by keeping member states speaking in one voice, as unresolved divisions will reflect a lack of clarity and credibility in the EU’s position. Francis suspects that Tusk will be less involved in the immediate negotiations in Paris, as the Polish stance is to set aggregate emissions targets, and allow countries to find their own mechanism of achievement. Moreover, if the EU countries oppose the path of negotiations in Paris, member states have the power to veto.

Cap and trade (and subsequent tightening of the cap) was identified by Francis as the primary means of achieving the 40% emissions target, with less significant contributions by existing monitoring and burden sharing systems.

The possibility was raise that two energy systems will emerge in the EU: a Western EU system based on growing renewable investments, and a newer Eastern EU system that is less interested in renewables. Francis urged that the distinction while possible, is gearing more toward a range of actors with some in the middle making commitments to nuclear, adding that Western Europe may deviate from its current renewable path. Francis added that the unknown variable of where industries (i.e. larger and smaller polluters) decide to locate themselves would likely also be a determining factor.

The extent to which the current crises in Europe (i.e. refugee, etc.) distract the EU from focusing on emission reductions was also considered.  Francis posed that the danger comes from if the EUs lost capacity to present a united front. If the EU is characterized by policy failures in unrelated areas, it may reduce their credibility. However, Francis urges that the EU is good at compartmentalizing policy issues, and that both kinds of issues can be prioritized with each discussion taking place within its own parameters.

Since Canada has been considering interprovincial capacity, the potential for expanding infrastructure within the EU to integrate the electricity network was raised.  Francis noted that the Commission is in favour of renewable energy by market driven mechanisms, although distances are more feasible in Europe than Canada for moving toward smart grids.

Given that LNG terminals are planned to be built in the North, the possibility that these terminals serve as a way to persuade the EU to accept less ambitious caps on emissions targets was considered. Francis conceded that there may be a risk; but raised that Denmark has already moved and other Western European nations may simply want to diversify away from dependence on Russian natural gas.