Integrating Justice with Climate Policy: Some Challenges and Lessons Learned 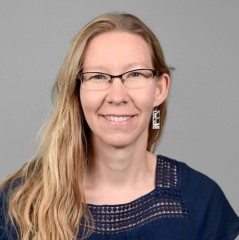 Sonja Klinsky is an Associate Professor at the School of Sustainability, Arizona State University. Her work has systematically focused on the core challenges of climate justice at the domestic and international levels. As an interdisciplinary scholar, her work sits at the intersection of political theories of justice, legal and economic approaches to climate change policy, and public engagement. She has published extensively on climate justice within the international and domestic arenas, including on transitional justice, the utility of feminist scholarship to climate justice, strategies for embedding justice into climate policy design, and public engagement with climate justice.

Dr. Klinsky has been working on the issue of justice and climate change for many years; and as her experience has grown, so has her conviction that justice is inextricable from discussions of climate policy. Both at the global and national levels, there are vast discrepancies regarding historical responsibility for climate change, the impacts of a warming planet, and dynamics of inequality and poverty exacerbate the adverse effects of a changing climate. Furthermore, justice is already used to shape policy responses to climate change around the world. For example, in Trump’s announcement regarding the United States’ withdrawal from the Paris Agreement, he stated that the reason was because it was “unfair” for America and Americans.

This example points to an important factor in discussions of justice and climate change: it is not about the faucet; climate change is really about the bathtub. This means that the driver of climate change is the accumulation of greenhouse gases (GHGs) in the atmosphere rather than the rate at which any country is releasing GHG emissions. Trump’s argument focuses on the faucet, while ignoring the fact that the majority of GHGs that have accumulated in the world’s atmosphere were released by the USA and Europe, which remain relevant today because of their ongoing presence in our atmosphere. Furthermore, these historical emissions have led to an accumulation of privilege: past emissions in Europe and the USA allowed the construction of extensive infrastructure and the creation of wealth that these countries continue to benefit from to this day.

When promoting mitigation at a global, national, or local scale, it is important to account for the fact that climate change interacts with pre-existing socio-political and economic dynamics that are driving inequality. For example, it is sometimes the case in India lower castes cannot use certain water taps. The result of this social discrimination is that during a drought, lower castes may not have access to as many sources of water even if there is still sufficient water available at the taps only available to higher castes. Thus, to truly understand and respond to the climate-driven crises, policymakers must consider the pre-existing dynamics of inequality. Not all people in one city much less one country or the world, will experience climate change in the same way. Thus, if justice dimensions are ignored, policymakers will be unable to effectively respond to climate change and its impacts.

The causation and implications of climate change are not the only amorphous aspects of this problem: people also have extremely different conceptions of justice. What the ‘just’ response would be depends on the person and on the context. If a mother had to decide on either paying for a life-saving surgery for one child or paying for soccer for another, need would be the determinant of what is just. Since the former child needs it more, this would be the correct and just action. However, if one is instead figuring out how to distribute profits from shares at a company, fairness would be the determinant of what is just. In a similar fashion, people have different perceptions of what the just response is in regard to climate change mitigation and adaptation. When discussing climate change mitigation, people generally use arguments relating to causation (e.g. the polluter pays). However, in discussions of adaptation, people instead tend towards arguments relating to ability and need (e.g. those able to should help those unable to).

Dr. Klinsky concluded her talk through a suggestion of tools and strategies by which policymakers and individuals can ensure that justice dimensions are considered in any climate policy discussion. Key questions to reflect on in any policy analysis or discussion include: which issues or groups am I ‘seeing’ and engaging with? And, who will benefit or be harmed by these actions? There is much work to be done in the field of justice and climate change, but Dr. Klinsky is encouraged by the growth of this field and increasing recognition of the fact that climate change mitigation and adaptation cannot be effectively addressed without consideration of justice.

The discussion following Dr. Klinsky’s presentation focused on the origins and movement of climate justice, why we should care, and where we should look moving forward. The discussion opened with a consideration of the origins of the pairing between justice and climate policy. Dr. Klinsky pointed out that this conversation began with philosophers questioning what society is and what we as a society owe each other. As things have moved forward and beyond broad theoretical considerations, there has been much debate regarding more concrete examples of the role of justice in climate policy, such as the intersection between domestic exploitation and climate change in the extractive industry. This conversation has been particularly active in the Global South, where, despite barriers such as a lack of data, people continue to actively mobilize and fight for climate justice.

One key question that emerged is considering why we should care about justice when we are already facing a climate emergency that will require an active and concerted effort on behalf of governments, companies, and individuals all around the world. Dr. Klinsky gave two responses to this question: one ethical and one pragmatic. Ethics and morals are already present in any effort to address climate change: people and governments want to address this problem because it threatens the well-being, livelihoods, and even lives of already vulnerable populations around the world. Even if this moral aspect is ignored, justice is still integral to getting any climate policy passed. If the justice implications of a climate policy are not properly addressed, there will  likely be massive local resistance and outcry, making the implementation of the given policy difficult to impossible. Ultimately, the important take-away from Dr. Klinsky’s presentation and discussion is that we cannot conceive of justice as a burden; rather, we must consider our shared vulnerabilities, privileges, and disadvantages, and find a solution to climate change that works for everyone, or risk it not working at all.