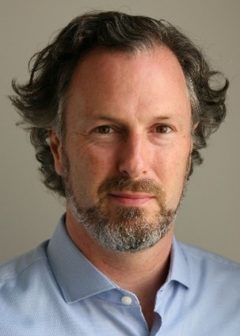 Matt Harper is a clean-tech entrepreneur and product developer, whose career spans pioneering work commercializing electrical energy storage, wastewater treatment, hydrogen generation and fuel cell vehicles. As Co-Founder and Chief Commercial Officer at Invinity, Matt is responsible for the commercialization and deployment of Invinity’s ground-breaking energy storage solutions. Matt holds seven patents related to clean industrial technologies, a bachelor’s degree in Mechanical Engineering from the University of British Columbia, and a master’s degree in Engineering and Management from the Massachusetts Institute of Technology.

Matt began his presentation with an overview of why energy storage is so important to our modern-day energy systems. He made the point that within the electricity sector, there has always been a storage gap. Humanity has created extremely vast and complex electricity grids, but we have never been able to adequately store that resource over time. This lack of storage is more concerning now than ever before because of the rapid uptake of intermittent renewable energy sources: a high representation of intermittent sources without energy storage leads to issues with the grid. Most notably, matching supply and demand for electricity becomes increasingly difficult with non-dispatchable intermittent generation such as wind or solar.

Matt explained that there are reasons for this recent growth in renewable uptake beyond climate change mitigation. He explained that around the world, the levelized cost of energy from wind and solar are now the least-cost way of generating electricity. What this means is that public policy and concern for climate change are no longer the only concerns driving this uptake of renewables, they are also increasingly making more sense from a purely economic perspective. As a result, it is likely that the shift towards renewable generation is only going to accelerate.

However, this brings us back to the previously-discussed lack of energy storage options in the electricity grid. Unlike fuel-based generation, a grid operator cannot control when renewables deliver power. When it comes to grid management, this non-dispatchability is a huge concern. Since renewable generation has a zero to near-zero marginal cost, they are always dispatched. As a result, sometimes a large portion of the electricity in the grid is reliant upon whether or not the wind is blowing or the sun is shining. This means that much more expensive and often fossil-fuel intensive energy sources must be on standby in case the wind stops blowing and the sun stops shining to ensure that supply can continue to meet demand. This can lead to price fluctuations (as can be seen in recent electricity price trends in California and Australia) and even negative prices, significantly increasing the cost of operating the grid as the grid operator is in effect paying to dispose of excess electricity.

Matt argued that the key to mitigating these renewables-induced issues in the electricity grid is energy storage. This would allow excess energy to be stored, mitigating the supply and demand mismatch which drives negative pricing. It would also reduce the costs associated with matching peak demand, as the stored energy could be dispatched to help meet the elevated demand at comparatively low marginal cost. Integrating energy storage in this way would facilitate higher penetration of renewable generation, and a more reliable grid with less price volatility.

Having made his case for why energy storage is important, Matt moved on to explore the energy storage landscape. He compared two different battery technologies: lithium-ion and Invinity’s technology, vanadium flow batteries. He explained that while lithium-ion batteries are extremely useful for applications like peaking plants, their usefulness is mostly limited to this short duration usage with intermittent cycling. Invinity is trying to expand the usefulness of batteries beyond this and contribute to the longer-term integration of renewables through the mitigation of grid instability with batteries designed for longer durations and daily cycles. Overall, the advantages of Invinity’s vanadium flow batteries include a fast response, sustainable materials, no degradation over time, and the ability to perform multiple cycles of charging and discharging electricity each day. Furthermore, the batteries are made from readily available materials, they are reusable, and they are safe.

Matt suggested that, taken together, these advantages mean that vanadium flow batteries are the right technology for projects designed to integrate renewables onto the electricity grid. Matt explained that while lithium-ion batteries have done an excellent job of demonstrating the importance of storage, they will not be able to meet all energy storage needs. Instead, Invinity’s vanadium-flow batteries are much better suited for applications requiring multiple cycles per day and higher durations. In fact, Invinity has the fundamental vision that the shift towards renewables will stall without energy storage. Without storage to manage intermittency increasing renewable generation may detract from, not contribute to, the goal of having a dependable, economical and clean future electric grid.

Q: How can energy storage change the dynamics of the duck curve situation in California?

A: What we are able to do is absorb the four to six hours of energy between say 10am and 3pm, when the sun is really shining but demand is often not as high; this in effect shortens the “duck’s wings”. That energy is stored for a few hours, and then released into the grid during the evening peak, reducing the steepness and height of the “duck’s neck”. This ability to mitigate the duck curve is probably the most valuable place we can start to address these intermittency problems.

Q: Does a vanadium battery need to be heated or cooled for optimum performance?

A: One of the benefits of the technology is that, unlike lithium batteries which like to be kept at about 22 degrees, vanadium batteries are actually at their most efficient between 30 and 40 degrees Celsius. So it’s a good fit from the perspective of solar applications, though there is a need for some additional cooling in hotter climates like South Australia. We did worry about cold temperatures, especially in Canada. For example, one of the first projects we delivered was in Iowa. A week after we delivered, it was the weekend in 2018 where they had the polar vortex and these liquid filled batteries where suddenly exposed to -30 degrees Celsius temperatures. It turns out that they were fine: the concentration of battery acid in our batteries is very similar to what you’d see in a conventional automotive battery, and so they don’t freeze down to some pretty cold temperatures.

Q: It was mentioned that the battery was acidic. What environmental or human dangers does this pose if it were to leak?

A: Vanadium pentoxide is used as a dietary supplement by some people. But battery acid is something that needs to be handled and disposed of appropriately. One of the things that we do is we include secondary containment, so even if there was a failure in any part of the fluid system inside the battery, the acid would still be contained.

Q: There seems to be a lot of pros, but it looks like the efficiency of vanadium flow batteries is quite a bit lower than lithium-ion batteries. Can you expand on that?

A: It is true that vanadium flow batteries have a lower range of efficiency compared to lithium-ion, but that’s comparing the batteries at the beginning of life. Over the lifetime of a lithium-ion battery, it will decrease in efficiency by 10-15%. The benefit of vanadium flow batteries is that this doesn’t happen, it doesn’t degrade over time; over the operational life of the two technologies, then, they have broadly comparable efficiencies.

Q: Have you looked into vanadium flow batteries in the North? Do they function and, if so, do they lose efficiency?

A: We haven’t looked at applications up north. In theory it’s certainly possible, but, like any other electrical device, as soon as you start to get to very low temperatures, the efficiency will fall. But batteries could really help the north in terms of optimizing the efficiency of diesel generator systems or incorporating renewables.