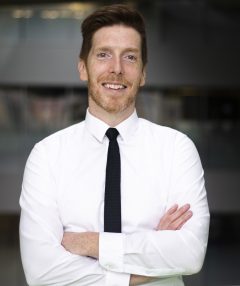 Simon Langlois-Bertrand is a research associate at the Institut de l’énergie Trottier at Polytechnique Montreal. Specialist in energy politics and policy as well as in international relations, he teaches political science at Concordia University, at the Université du Québec à Montréal (UQAM), at McGill University, as well as at Carleton.

With university training in international affairs, in political science, and in computer and industrial engineering, his work focuses on the analysis and teaching of the political, social, and technical challenges related to sustainable development and energy policies, particularly surrounding low-carbon transitions.

This is the 2nd Canadian Energy Outlook done. This report builds on the previous 2018 report by taking into account the literature that has appeared on the subject in the last couple years.

The presentation was broken down into two major sections. Key results, interpretations, and limitations. 2. Uncertainties and key technological pathways.

The model used is a Times family model adapted for North America, and Canada in particular. It tries to be as technologically and cost explicit as possible, taking into account thousands of technologies and their various costs. It has the system evolve to match certain constraints and obstructions and come to the lowest-cost solution. However, this report goes further than GHG emissions from the energy system, but also fugitive emissions, agricultural processes, etc. a change from the 2018 report.

The model employed 2 reference scenarios based on the Canadian Energy Regulators own numbers, then created 3 additional scenarios identifying 3 different net-zero pathways. The net-zero are given targets (emissions, year, etc.) and are told to reach these targets at the lowest possible cost.

Some early observations include that net zero requires a rapid and immediate shift away from the current path, the longer we wait the harder and more expensive it becomes. There is little risk in accelerating the transition, whether it’s done now or later economic risk remains similar, but cost rises over time. It is also clear that net zero will require emission removal, not just emissions reductions. Activities like agriculture are both necessary and emit GHGs meaning total emissions can never reach zero. To achieve a net zero these emissions must be artificially removed from the atmosphere. However, what is most important in these observations is that net zero paths do exist and are possible, but only if these actions are taken. Current measures just are not enough.

All net-zero pathways demand a drastic reduction in oil and gas in some way. There are two basic paths for this to occur. If Canada wants to maintain production for export and still get to net-zero it must ensure that other sectors of the country are using less oil and gas. If the country wants to keep using oil and gas it has to stop exporting to hit net-zero. The choice is whether to use domestically or export internationally, Canada cannot do both and reach net-zero.

Meeting energy needs without oil, gas, and coal requires a massive growth in variable electricity sources like wind and solar. This is even more true given that electricity demand increases significantly on the net-zero path, with electrification being an obvious solution for decarbonizing buildings and transportation. Hydroelectric may be a good option but there is no certainty because data does not exist on potential for large scale hydroelectric projects.