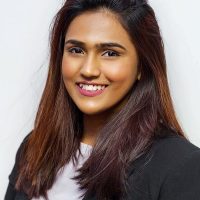 My current research project titled “The Other Other: Politics of Representation of Self-flagellation as part of the Diasporic Shia Muslim Identity in post-9/11 Western Nation States” aims to trouble the ways we think of religious freedom and multiculturalism in relation to self-flagellation and islamophobia under liberal governance. In the aftermath of 9/11, many Muslims residing in Western societies of Europe and North America found themselves in need to publicly denounce the horrifying acts of their co-religionist. 18 years after the attacks, as Islamophobia grew like a pandemic, terror acts of jihadist groups such as ISIS and Al-Qaeda repeatedly came up in global media consequently being representative of the general Muslim community and thereof the Muslims in diaspora. While liberal governances have taken steps to pass legislations to curb Islamophobia and encourage multiculturalism, they have also framed the ways we think of ‘others’ in our community and the Muslim identity in diaspora. Within this framework, where the overgeneralized Muslim identity (that lacks a representation of diversity) is already precarious, the Shia Muslim identity further complicates this within Western Nation States. The Shia Muslim that partakes in public display of self-flagellation as an enactment of their religious identity does so in a defiant act of reaffirming his identity in the diaspora. Taking the instance of self-flagellation in Shiism, this research questions what it means to be a multicultural and a neoliberal subject within the borders of a Western Nation State.