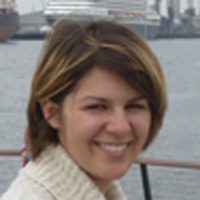 My doctoral project is entitled Inuit Women, Labour and the Parka: A History of Sewing in Arviat, Nunavut. This project is supervised by Dr. Ruth Phillips (ICSLAC) and Dr. Michel Hogue (History). It centres on the production of parkas and other garments as a key aspect of Inuit women’s labour in the Canadian Arctic from the 1900s to today. By surveying the sewing and beading work of parkas as well as the representations of those parkas in photographs and in museums, this project develops a new understanding of not only the historical context of the garments but also the value of women’s work in the Arctic.

Indigenous women’s work has been masked doubly by their indigeneity and their femininity, by studying the history of parka making and the work that women do, my project demonstrates the significance of women’s work in the Kivalliq region of Nunavut from the 1890s to today. My research examines the intersection of material culture studies and labour history through the lends of Inuit women’s sewing work. I argue that to understand Indigenous material culture requires that we consider the labour and skill of the Indigenous women who have made the objects that are now in museums. As a public historian, my research is also my practice and so much of my work is written, curated or presented in a public context. Another component of my research is learning by doing which has sent me on a journey of learning to sew an fabric parka of my own and improving my beadwork skills. In short, I use the sewing of parkas as a lens through which to examine women’s labour and its value to the larger community over a period of major social, cultural and economic change.

I have been involved in a number of projects at Carleton and beyond most recently working as the Project Manager for the Lost Stories Project (http://loststories.ca/stories/southway-inn/) as well as arranging museum visits for 2016-17 & 2017-18 first year students from Nunavut Sivuniksavut to see some of their cultural heritage stored in the Canadian Museum of History. I am now working with Dr. Carol Payne in her SSHRC Insight project, Returning the Inuk Gaze: the 1950s Photographs of Joseph Idlout and their Legacy. Previously I assisted in developing an enriched curriculum centering on Indigenous histories in Canada for The Making of Canada (HIST 1300) course at Carleton.

“Some Reactions to the Truth and Reconciliation Commission’s Announcement that Indian Residential Schools Were Cultural Genocide.” Invited Op-Ed for Queen’s University Belfast’s Institute for the Study of Conflict Transformation and Social Justice Newsletter, 2015.

“Movement and Meaning in a Century-Old Parka.” Objects in Motion: Material Culture in Transition Conference, 20 June 2015. Centre for Research in the Arts, Social Sciences and Humanities at Cambridge University, United Kingdom.

Co-Curator for Act One: The Craft and Art of Performance, vignette exhibit, Library and Archives of the National Gallery of Canada, Ottawa 16 March – 1 April, 2016.

Co-Curator of In Mother’s Hood: Inuit Packing Dolls of Taloyoak, exhibition at University of Alberta, Edmonton, 2010.

My research has been generously funded by a Joseph Bombardier Graduate Scholarship (CGS SSHRC) from 2013-2016 and Ontario Government Scholarships in 2016-17 & 2017-18.