Smart living; An apartment at Elisabeth Bruyere Hospital is packed with technologies designed to help adults stay in their homes longer. This story appeared in the Ottawa Citizen on November 15, 2008.

There is a smart apartment at the Elisabeth Bruyere Hospital that may help older physically and cognitively challenged adults stay in their homes longer.

The apartment is filled with electronic helpers to let residents know the fridge door has been left open and to help them be safe while showering. It was designed to help prepare patients for release from hospital, but there are also many lessons that could be translated into private homes.

The smart apartment is exactly what TAFETA (Technology-Assisted, Friendly Environment for the Third Age) is all about.

Launched in 2003, the Ottawa-based project is a research partnership involving the Elisabeth Bruyere Research Institute, University of Ottawa and SCO Health Service, and Carleton University. The project (www.tafeta.ca) is co-led by Dr. Frank Knoefel, clinical scientist at the Institute, and Dr. Rafik Goubran, dean of engineering and design at Carleton University.

Some of TAFETA’s fascinating technologies, or at least its prototypes, are already being tested in the Smart Apartment.

Now, though, if you are one of those elderly patients you could be benefiting from the apartment’s smart fridge: forget to close the door, and a voice reminds you to do so. Get up in the middle of the night to use the bathroom, and a pressuresensitive mat on your bed turns on a lighted pathway to the washroom. And because your motion is being monitored by sensors, if you don’t return to bed within a reasonable time — perhaps you’ve fallen — an automatic call to an emergency responder kicks in.

That pressure-sensitive mat, a Tactex Controls Inc. product that uses technology developed for the Canadarm, could one day do a whole lot more.

Led by Goubran, the Carleton research team is creating software intended to monitor patterns of restlessness and respiration of sleeping patients, identifying changes that may presage illness. Even minute variations in the characteristic ways people get into and out of bed could be tracked, signalling anything from a small stroke to a weakness that might lead to a fall and hip fracture, a common occurrence among older adults.

These and other ideas resulted from Knoefel’s watching friends cell-phoning their smart cottages to turn up the heat before they arrived. ‘We have this smart home technology. Why can’t we use it to do society some real good by allowing aging at home?’He contacted acquaintances at Carleton, and the project was born. An initial grant of $80,000 has since bloomed into more than $1 million.

Says Goubran, “I’m very, very passionate about this program. It will make people more comfortable in their own homes and prevent them from moving to places where they’re not that comfortable. (It may also enable) earlier release from hospitals and make more room in hospitals.’

Among other initiatives, Goubran’s team is working on an Artificial Intelligence Expert System. Correlating behavioural and physiological data from sensors throughout the apartment, it should one day detect a plethora of pattern changes and report them through a four-tier alarm system ranging from mild abnormality to emergency.

Both Knoefel and Goubran underscore the social benefits, including reduced medical costs, accident prevention and early detection of illness. And Knoefel is careful to stress the unobtrusive nature of the sensors as opposed to Big Brotherlike video monitors.”When we tried these with the elderly (after hospitalization), they were actually quite positive. They’re doing their best to get back home.’

No price tag has been attached to outfitting a residence with such smart technologies, but it’s expected that, as with most things electronic, prices will fall as use rises. And, like a home audio system, components could be selected to meet specific needs and budgets.

Are there other sensors in the works? Many, says Goubran. One of the more intriguing: a smell monitor. It would detect rotting food, preventing a nasty bout of food poisoning. 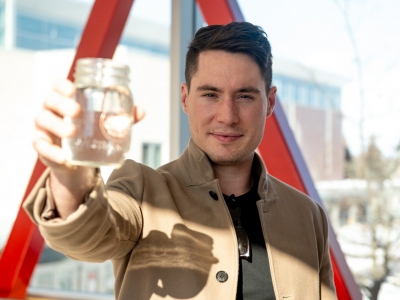 Brock Battochio understands that life is filled with stepping-stones, each one placing you on the right path. Battochio’s path has led him to the forefront of innovation in reversing climate... More 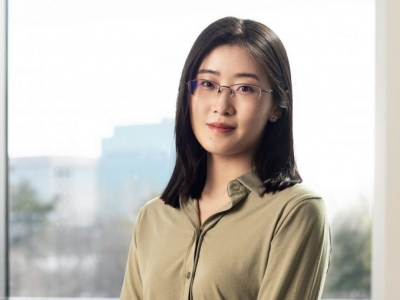 Ericsson Fellow Xinrui Zhang is researching a pattern-driven approach to make Machine Learning Operations (MLOps) safer and more secure while maintaining reasonable efficiency. Since the effectiveness of ML has been... More 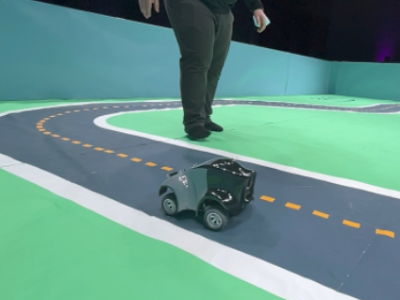 Thirteen university students from across Canada are in Ottawa to put their artificial intelligence skills to the test. “It’s just like training a dog," Carleton University mechanical engineering student Masoud... More 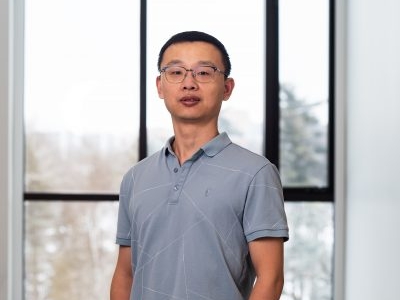 Mengyao Wu is researching ways in which multi-access edge computing can better support connected intelligence for autonomous driving through his Ericsson Fellowship at Carleton University.