In this Industry Talk, you will hear from Rumina Velshi (President and CEO) and Peter Elder (Vice-President and Chief Science Officer) about CNSC‘s equity, diversity and inclusion commitments. Whether you’re a first year student, graduating this spring, or just starting your career, learning about a potential future employer’s equity, diversity, and inclusion commitments to its employees is a valuable opportunity and will help you make an informed decision about your career.

BONUS: The first 75 women students to register for this talk AND attend the full talk will receive a $25 UberEats gift card.

As this is a Zoom meeting, attendees will have the ability to type in the chat and ask questions through the Q&A button and be seen on-screen, if they choose.

The Canadian Nuclear Safety Commission regulates the use of nuclear energy and materials to protect health, safety, security and the environment. CNSC also implements Canada’s international commitments on the peaceful use of nuclear energy, and disseminate objective scientific, technical and regulatory information to the public. 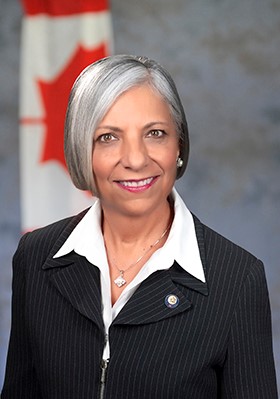 Rumina Velshi is the President and CEO of the Canadian Nuclear Safety Commission (CNSC), Canada’s nuclear regulator. Rumina has been with the CNSC since 2011 – first as a Commission Member until her appointment as President in 2018. In February of 2020, she was appointed as Chairperson of the International Atomic Energy Agency’s Commission on Safety Standards for a four-year term. She has extensive technical, regulatory and adjudication expertise in the energy sector. She was one of the first female nuclear energy workers in Canada and has worked in various capacities at Ontario Hydro and Ontario Power Generation, the electrical utilities in the province. She also previously served as a Board member of the Ontario Energy Board, the economic regulator of the province’s electricity and natural gas sectors.

President Velshi actively promotes careers in science, technology, engineering and mathematics (STEM), especially for young women. She was a founding member of Women in Science and Engineering in Canada. Since joining the CNSC as President and CEO, she has launched a women-in-STEM initiative to consider ways to support women in STEM careers at the CNSC and elsewhere, and to promote STEM education by working with interested partners. She is a founding member of the Driving Advancement for Women in Nuclear (DAWN) – a group of senior leaders in the Canadian nuclear sector that support the goal of gender equality by undertaking key actions. She is also the co- lead of the International Gender Champions Impact Group on Gender Equality in Nuclear Regulatory Agencies. 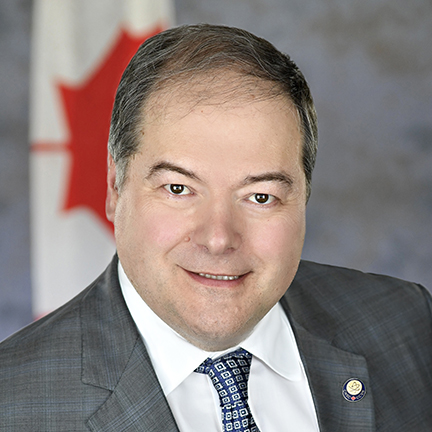 Peter Elder has been working for the Canadian Nuclear Safety Commission for over 20 years in various regulatory roles covering the entire nuclear fuel cycle. He started as a technical specialist in 1996 as a fuel performance and safety analyst, and moved on to become a project manager in power reactor licensing. He has also occupied a variety of management roles throughout his career at the CNSC. He has experience in all areas of the organization’s mandate: safety, security, safeguards and environmental protection. He has also served as a nuclear counsellor at the Permanent Mission to the International Organizations in Vienna. In this role, he advised the Canadian government on International Atomic Energy Agency activities in nuclear safety and security, emergency management and technical cooperation.

Before joining the CNSC, he worked for AECL as a section head and research scientist in the area of high-temperature fuel behaviour and fission product release. He co-authored a number of scientific papers during this period on fuel behaviour under accident conditions, and was involved in several international collaborations in this area.

He completed a Master’s in Materials Engineering from Queen’s University following his undergraduate degree in Engineering Science (Physics Option) from the University of Toronto.

He was appointed Vice-President and Chief Science Officer of the CNSC’s Technical Support Branch in April 2018.

This event would not be possible without the support of the Canadian Nuclear Safety Commission (CNSC).