Carleton’s Creative Writing instructors bring decades of combined experience as published writers and teachers as they lead stimulating and supportive workshops for students across campus. This team of passionate, effective writer-teachers successfully mentors Carleton students as they realize their writing potential while likewise exploring a variety of writing modes and genres. 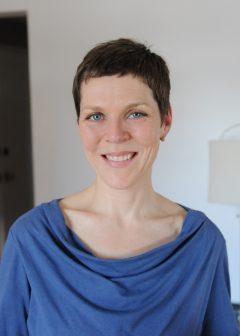 Nadia Bozak is the author of the novels Orphan Love and El Niño, the first two parts of her Border Trilogy, published by House of Anansi. Thirteen Shells, a collection of linked short stories will be published by Anansi in 2016. Selections of these stories have appeared or are forthcoming in Walrus, Joyland, and Prairie Fire.

Nadia holds a Phd in Comparative Literature from the University of Toronto. Her doctoral work concentrated on the relationship between the technology and industry of cinema and the biophysical world, resulting in her book The Cinematic Footprint: Lights, Camera, Natural Resources published by Rutgers University Press.

Since 2012 Nadia has taught the introductory “Fiction Workshop” within the Department of English at Carleton. She has also taught courses in literary theory and academic writing at Ontario College of Art and Design University in Toronto, documentary film at Laurier University in Brantford, Ontario, and literary studies at the University of Toronto.

Nadia recently received a term appointment as Assistant Professor of English at Carleton where she is leading the growth of the Creative Writing Concentration. She will teach workshops in fiction (introductory and intermediate), poetry (introductory), and a special topics workshop in hybrid literary forms.

Nadia’s current literary projects include writing the third part of her Border Trilogy (a contemporary retelling of Heart of Darkness through the lens of English-as-a-Second-Language teaching), completing a collection of novellas about interracial love relationships, as well as a collection of poems for children. 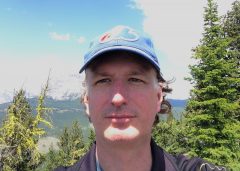 D.S. Stymeist’s debut collection, The Bone Weir, was published by Frontenac in 2016 and was a finalist for the Canadian Author’s Association Award for Poetry.His poems have appeared in numerous magazines, including The Antigonish Review, Prairie Fire,Dalhousie Review, and The Fiddlehead. He currently teaches creative writing and crime fiction at Carleton University in Ottawa. As he grew up as a non-indigenous member of a mixed family on O-Pipon-Na-Piwin Cree Nation, the author seeks ways to honour cultural hybridity in his creative work. He is the editor and founder of the micro-press, Textualis, and is the president of VERSe Ottawa, which runs VerseFest, Ottawa’s annual international poetry festival. 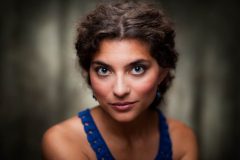 Dr. Sarah Waisvisz is a scholar, playwright, dramaturge, and multi-disciplinary performer with training in dance and physical theatre (classical ballet, puppetry, acrobatics, stilts, West African dance styles). Her artistic work intersects with her scholarship, and she has published and presented many academic papers over the years on Caribbean literature, Human Rights drama, and the Black Atlantic. Her PhD dissertation is entitled Dissident Diasporas: Genres of Maroon Witness in the Anglophone and Francophone Caribbean (Carleton, 2014).  Most recently her creative non-fiction piece “Foté, Fatou” was published in Dis(s)ent: Speaking Truth Back to Power, and her new script Heartlines was developed through a residency at Great Canadian Theatre Company. Last year, she was Artist in Residence at the National Arts Centre’s English Theatre.

Sarah’s solo play Monstrous explores the murky experience of mixed-racedness, the dual inheritance of histories of violence (the Holocaust and Atlantic slavery), and, above all, the power of female resistance. The script was published in Alt.theatre issue 13.3: Richard Taylor graduated from Carleton with a BA in 1976, and since 1995, when he was Carleton University Writer in Residence, he has been in the English Department. He has lectured in 20th Century Literature, taught the Writing and Language First Year Seminar, and the Fiction Workshop. A few years ago he introduced the Creative Nonfiction Workshop. For 8 years he has taught a Carleton EMCP writing workshop for Ottawa high school students, ‘Write by the River’. In 2014 he was a finalist for a Capital Educators’ Award.

For 23 years he has taught over 125 private writing workshops in Ottawa, Hong Kong, Australia and Tuscany. For 9 years he has offered his ‘Write by the Lake’ writers’ retreat at his beautiful Quebec lake house. In the winter of 2015 he will offer his ‘Write by the Sea’ writing workshop in Byron Bay Australia. Hundreds of Taylor’s writing students have published their work as a result of taking his workshops.

Along with publishing many feature articles and stories in literary magazines, anthologies and newspapers, he has published a collection of short stories Tender Only to One, a novel Cartoon Woods and an Australian travel memoir House Inside the Waves: Domesticity, Art and the Surfing Life. He narrated a powerful 2008 documentary film The Man Who Crossed the Sahara, about his best friend, surfer and legendary Ottawa filmmaker, Frank Cole, who was murdered while crossing the Sahara Desert. In 2009 he contributed a long memoir Saltwater Road to the Sahara, for Life Without Death: The Cinema of Frank Cole. While surfing and open water swimming around the world, he is writing a book about swimming with writers, Water and Desire. He is also mounting a multimedia art gallery show Writer’s Block: 40 Wood Sculptures and Their Stories.