Spotlight on Research — The Presence of Rome in Medieval and Early Modern Britain: Texts, Artefacts and Beliefs

Prof. Andrew Wallace has a new book forthcoming with Cambridge University Press. The Presence of Rome in Medieval and Early Modern Britain: Texts, Artefacts and Beliefs explores the cultural and intellectual stakes of medieval and Renaissance Britain’s sense of itself as living in the shadow of Rome, a city whose name could designate the ancient, fallen, quintessentially human power that had conquered and colonized Britain, and also the alternately sanctifed and demonized Roman Church. Wallace presses medieval texts in a range of languages (including Latin, medieval Welsh, Old English and Old French) into conversation with early modern English and humanistic Latin texts (including works by Gildas, Bede, Chaucer, Shakespeare, Bacon,

St. Augustine, Dante, Erasmus, Luther and Montaigne). ‘The Ordinary’, ‘The Self’, ‘The Word’, and ‘The Dead’ are taken as compass points by which individuals lived out their orientations to, and against, Rome, isolating important dimensions of Rome’s enduring ability to shape and complicate the effort to come to terms with the nature of the self and the structure of human community. 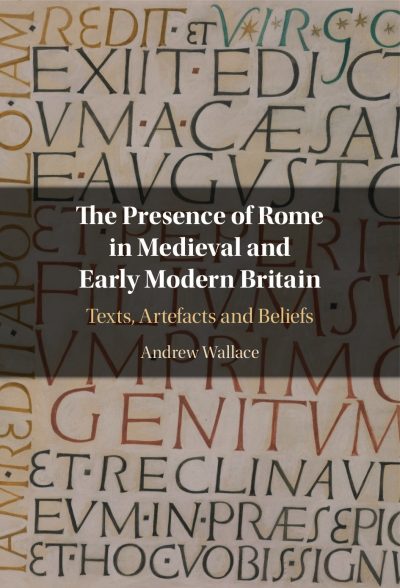