Professor Dana Dragunoiu has a new book forthcoming from Northwestern University Press. Vladimir Nabokov and the Art of Moral Acts tells the story of the interaction of ethics and aesthetics in the works of one of the most celebrated literary stylists of the twentieth century: the Russian-American novelist Vladimir Nabokov. The book puts Nabokov’s novels into dialogue with writers such as Pushkin, Shakespeare, Tolstoy, and Proust; with Kantian moral philosophy; with the institution of the modern duel of honor; and with the European traditions of chivalric literature he studied as an undergraduate at Cambridge University, whose profound influence on Nabokov remains largely unrecognized. This configuration of literary influences and philosophical contexts allows Prof. Dragunoiu to advance an original and provocative account of the formation, career, and legacies of an author whose work is important for both the general reading public and for academic scholarship.

The reviews indicate that the forthcoming book is widely anticipated by Nabokov scholars. According to Stephen H. Blackwell, co-editor of Fine Lines: Vladimir Nabokov’s Scientific Art, Prof. Dragunoiu’s study “offers readers a fresh lens through which to view Nabokov’s works.  The lens of courtesy, it turns out, opens onto a cascade of fascinating perspectives on what drives the deepest ethical concerns in Nabokov’s works, and how they relate to those same concerns in the authors and philosophers he loved most.  Dragunoiu presents us with a completely fresh, ethically bracing Nabokov. This is a book that produces the ever-coveted tingles in the spine, usually reserved by Nabokov only for the highest art.” 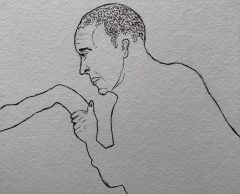