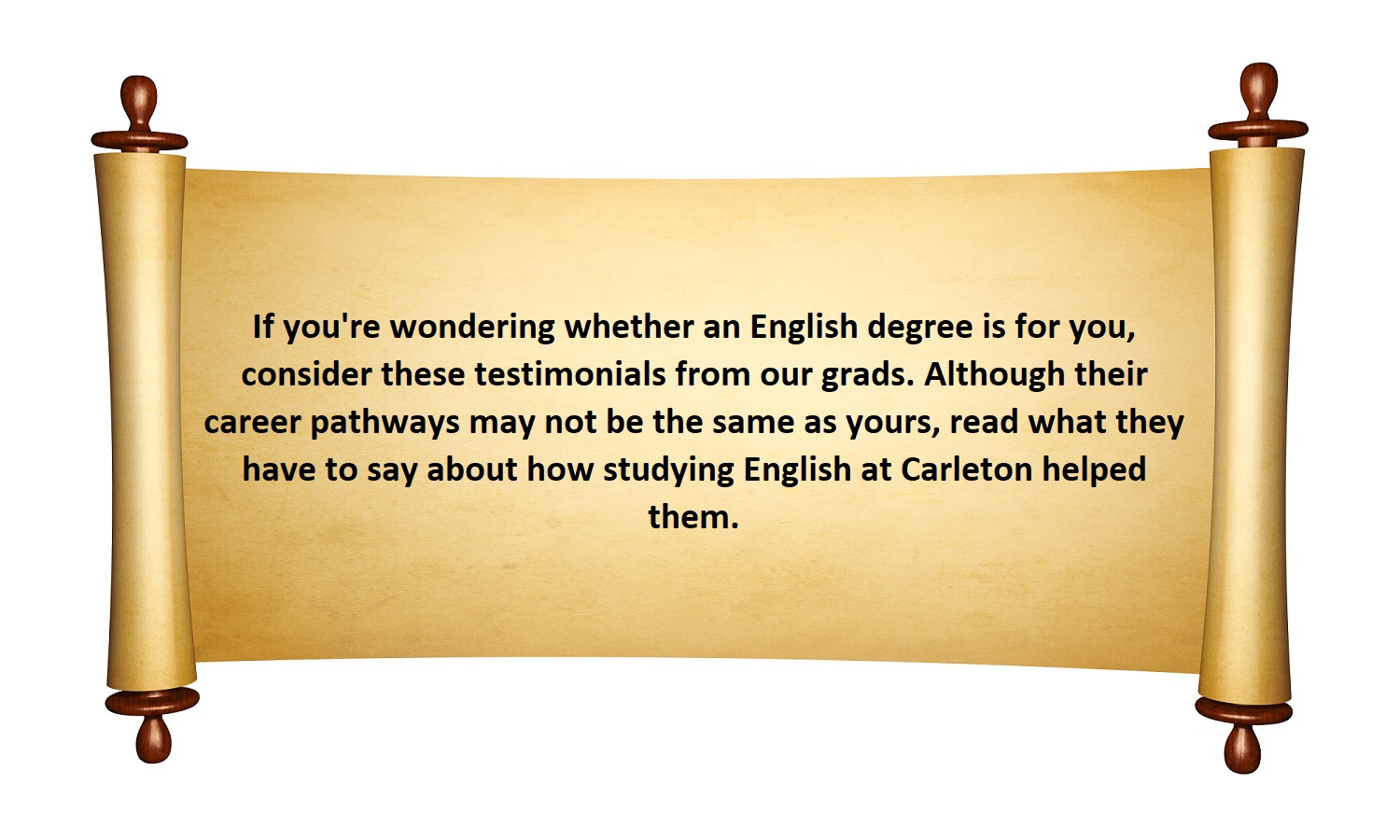 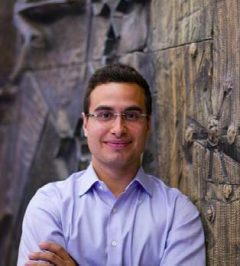 Tavis Apramian, double major in English and Biology (2008). After completing his undergraduate degree, Tavis completed an MA in English at Carleton and a second MA in Narrative Medicine at Columbia University. He was subsequently accepted into the prestigious MD/PhD program at the University of Western Ontario from which he will graduate this coming spring.

As a candidate in the MD/PhD program at the University of Western Ontario, I have chosen a research project that focuses on surgical education. In surgery, as in all medicine, it is essential to wed our hard-won medical knowledge to an awareness of the limits of that knowledge. But to convey this strange admixture of the known and the unknown, of achievement and aspiration, we need effective means of communication. I came to the English program at Carleton University simply knowing that I was interested in stories.

The double major in English and Biology that I earned at Carleton played a key role in my intellectual development. My biology courses showed me the power of our knowledge of the human body and the vast potential of the scientific method. Yet, in English, I could not escape being taught that, despite the complexity of our civilization, we are bound to ancient but powerful means of communicating. Our experience of the world runs through stories. Our civilization is built on them and our science works through them. My double major has taught me that art and science form no dichotomy, but a robust dialectic: that is, they come together to make something necessary and new. 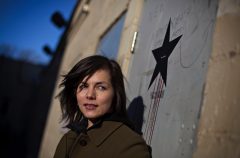 My time at Carleton studying for a double major in English and Philosophy was essential to my development as a writer. After a year of underachieving in a “practical” program which I thought would train me for a job, it became clear that what I really craved and needed was to gain a baseline sense of the texts, stories and ideas that had shaped Western culture up to that point. This was the first time in my life I felt granted the time and permission to think deeply about literature and I still remember the mental electrification I experienced in my Shakespeare and Milton classes. These courses have stayed with me even to this day and I’ll always be grateful for the thrill that I discovered in those texts. 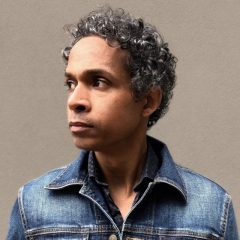 David Chariandy holds a B.A. and an M.A. in English at Carleton.

Now a faculty member in the Department of English at Simon Fraser University, Chariandy is also an acclaimed novelist and non-fiction writer. He writes: 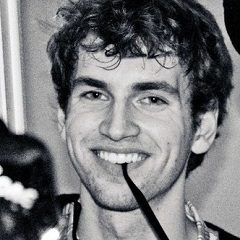 What stays with me most from my time at Carleton is how invested the faculty of the English Department are in the success of their students. Beyond the classroom, my professors wanted to know what brought me to Carleton, and how they could best position me to reach those goals that first motivated me. 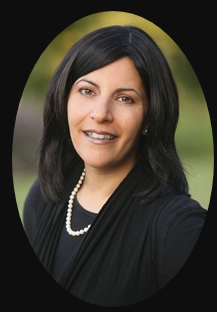 I resisted this well-meaning advice and was doubly enriched for it. As an English major, my appreciation for examining texts at different levels of analysis is now indispensable for me as a fiction writer and freelance editor. Writers and editors must examine the historical, cultural, and literary significance of works and I continue to lean on this solid foundation.

More importantly, I enhanced the love of literature that I have had my entire life and that feeling has only become stronger over time. I consider myself privileged to have learned skills at Carleton that continue to serve me in my professional career. 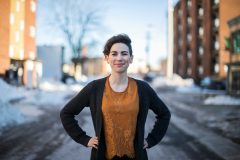 I chose Carleton University’s English program hoping to strengthen my creative writing and gain access to the professional world through the Co-Op Program—two goals I accomplished with far more success than I had imagined. Most important, however, my program connected me with students and professors who have helped me to develop a deeper passion for literature: for stories I already loved, for stories I learned to love, and for stories that have changed the way I see the world. 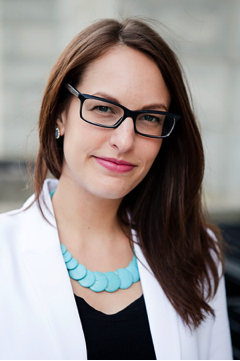 Chelsea Houde, B.A. Honours English (2011) and M.A in English (2013). Over the past four years, she has worked as a freelance writer, and she has held communications positions in digital marketing and international development. She has been working as a technical writer in medical education since July 2014.

I never planned to study English. In the beginning I just wanted some sort of formal recognition for the fact that I have always read a lot of books. Once you reach a certain age they stop giving out ribbons for that kind of thing. But in my first English Literature class at Carleton, something happened: I started to read books differently. Suddenly, I wasn’t just reading books anymore. I was reading with an eye for context, form, rhetoric, and theoretical concepts. I started asking questions and setting out to answer them.

By the second half of my undergraduate career I was certain that I had made the perfect accidental choice. My professors at Carleton helped to guide and encourage me as my interests and curiosities grew more focused, and the M.A program offered a means by which to explore those interests in greater depth.

I look back on my time at Carleton with much gratification. I am thankful for the experiences I had, the friends I made, and the skills I developed. I am also thrilled that my evolved understanding of literature and text has served as the foundation upon which I have built my career in technical communications. 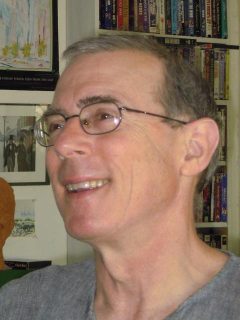 As I now know after more than thirty years of running a company, it’s relatively easy through on-the-job training to teach gross margins and inventory management to any young person who has already learned to read intelligently and write intelligently, and who has developed habits of genuine curiosity about (and emotional engagement with) the world, and all the living creatures in it. Conversely, it’s almost impossible through on-the-job training to teach someone who has devoted their undergraduate years to learning gross margins and inventory management how to develop broader habits of thought and feeling—without which no one can truly excel in any occupation. 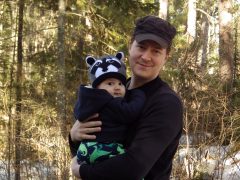 Thank you to the Department of English for never having gone easy on me! At the time I often worried, but my professors’ exacting standards are still translating into success thirteen years later. In particular, the critical-thinking rigour and the clarity of expression that were expected of me have enabled me to apply myself to diverse problems and tasks with remarkable focus and success. 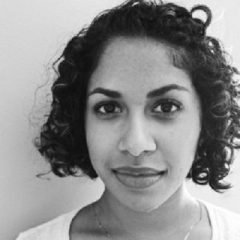 Studying in Carleton’s English Department fostered my growth as both scholar and person. The dedication and passion of the professors is contagious…my classes were always engaging, always dynamic; they cemented my love of literature and gave me strong foundation for further studies. Beyond that, the community and support available in this department is unparalleled. I will never have enough good words to describe my time here. 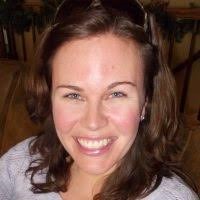 I’m still using skills I learned during my time at Carleton every day. I remember Professor Beecher told our first-year class on our very first day, “If we’ve done our job, then by the end of your B.A. in English you will have learned two things: how to write and how to reason.” I never forgot that. Majoring in English turned out to be one of the Top 5 Best Decisions of my life, and I rarely meet anyone who says different. 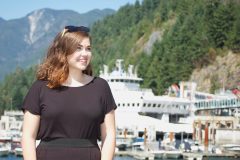 Erin Shields, BA Honours English (2016), University of California, Los Angeles, Law (2020).
Erin is one of two Distinguished Scholars for her entering class and is studying at UCLA on a full scholarship.

There is no doubt that the technical skills you learn as an English major—writing, analysis, research—are very widely applicable. And most important of all, I would not be where I am now without the support of my amazing professors at the English department at Carleton.