“The Roots of the Turkish Crisis” A Lecture by Dr. Sophia Pandya

The Roots of the Turkish Crisis

Attempted coups aren’t new in Turkey. What’s brought it to this point—and where it may head from here? 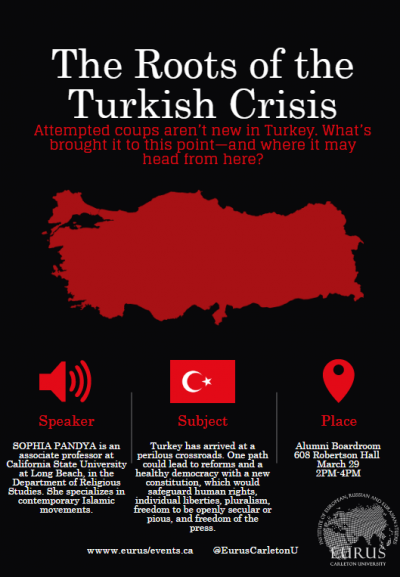 “Turkey has arrived at a perilous crossroads. One path could lead to reforms and a healthy democracy with a new constitution, which would safeguard human rights, individual liberties, pluralism, freedom to be openly secular or pious, and freedom of the press.”

Dr. Sophia Pandya is an Associate Professor at California State University at Long Beach, in the Department of Religious Studies. She specializes in contemporary Islamic movements.