The Indocile Image: The Cinema of Med Hondo 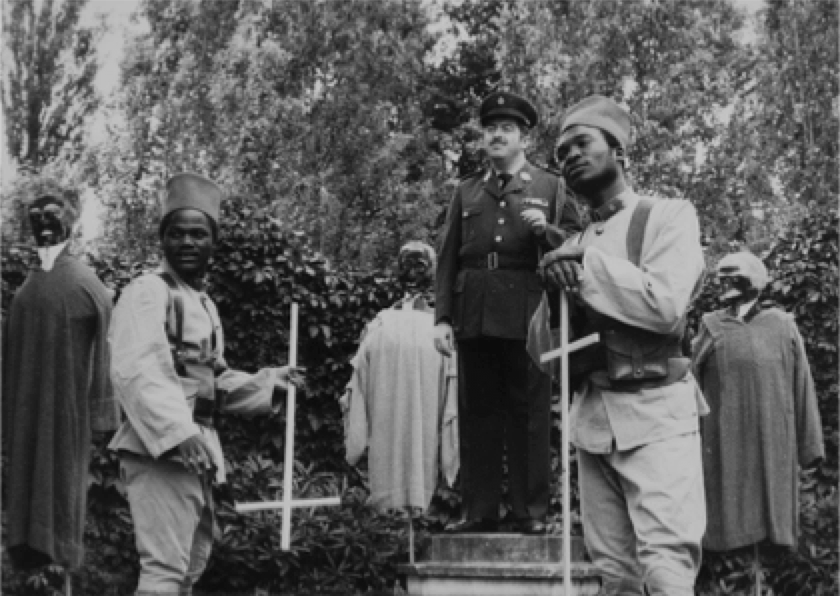 The Indocile Image: A Retrospective and a Symposium on the Cinema of Med Hondo, a Pioneer of African Cinema.

Carleton University’s Film Studies Program and World Cinema Forum are pleased to invite you to a weeklong retrospective and a two-day symposium on the cinema of Med Hondo, from February 22 to February 27, 2016.

Without a doubt one of the most important film directors in Africa and in the world today, Med Hondo is not only one of the foundational figures of African cinema along with Ousmane Sembene and others, but also one of the most talented, radically versatile and profoundly influential directors from the continent. With a career spanning more than five decades, several professions (dubbing, acting, directing and producing for the theater and the cinema) and yielding twelve films set on three continents (Africa, Europe, the Americas), Med Hondo has played an indispensable role in the establishment of some of the most important and enduring institutions of the continent’s cinema, including the Pan-African Film Festival of Ouagadougou (FESPACO) and the Pan-African Federation of Filmmakers (FEPACI). He has also produced important written texts outlining significant axes of the project of African cinema including the need to “avoid copying the European and American cinema”.

In this very first Canadian homage to this world-class film director, and in celebration of Black History Month, legendary director Med Hondo will be with us in Ottawa to introduce all his films and to participate in the international symposium on his cinema involving some of the most distinguished film scholars in the fields of African cinema, cinema and history and film theory from around the world. An extremely rare occasion not to be missed!

Film Screenings: All films will be introduced and discussed by Director Med Hondo

International Symposium on the Cinema of Med Hondo

Parking: Parking is available for visitors on campus for a fee and is available in several on-street locations, open lots, and parking garages. See the Parking map

All visitor and permit parking areas are enforced for payment compliance from 7 a.m. to 10:30 p.m., Monday to Sunday.

Mon, Feb 22nd – Soleil O (1969- 1970) – 105 min – National Art Gallery of Canada – Lecture Hall – 5:30pm
Soleil O is Med Hondo’s inaugural masterpiece, garnering him the Golden Leopard at the Locarno International Film Festival in 1970, and instantly securing his place as one of the giants of African and world cinema. Following a loosely constructed narrative of the travails of an accountant confidently arriving in Paris to pursue his dreams, the film meticulously uncovers the challenges he faces including racial, housing and employment discrimination along with sexual objectification. For Med Hondo, filming the migrant condition entails going beyond consequences and analyzing, with caustic humor and imagination, causalities (which include colonialism, the structures of capitalism and the implications of neocolonialism) in order to effect change.

The film announces the arrival of a maverick director intent on taking on the very form of the medium through his use of digression, communicative symbolism, cinema verite, and Eisensteinian montage. This is a film that immediately partakes in the modernist pantheon of the cinema.

“Soleil O imposes itself: rarely has a first film felt so powerful, so effervescent and so rich as testimony. “Bernard Cohn (Positif)

“One of the most original films selected at the Semaine de la Critique at Cannes 1970 is without doubt Soleil O by Mauritanian director Med Hondo.” (Lettres Françaises). 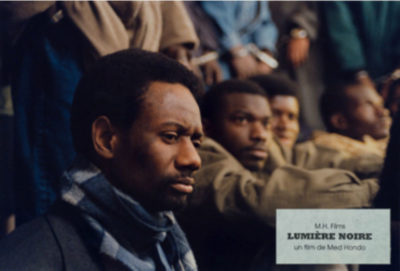 Lumière Noire tells the story of a police blunder which takes place in a French airport. The victim’s friend, an engineer at Air France, learns that the only witness to the crime is a young Malian man detained on the top floor of a hotel, expecting his imminent deportation by chartered plane alongside hundreds of companions of misfortune. The friend takes off to Bamako in search of the one hundredth and first Malian.
Med Hondo experiments with the crime thriller to explore the reality of the deportation of African migrants back to their countries of origin. The director faced endless instances of “preventive censorship” (refusal of permits to shoot at Charles de Gaulle airport and surrounding hotels). Ultimately only the direct intervention of the French President François Mitterand himself unlocked the situation.

“From time to time one sees on Parisian screens unusual meteors. This is one such film.’ (Positif).

Shot in black and white on a shoestring budget, in a minimalist mode and with winks toward silent cinema, Fellini and hip hop culture, Watani was inspired by news of daily humiliation of migrants and a general context of fear. The film contrasts the lives two characters who lose their job the same day: Patrick Clement, a married bank clerk with two daughters and a wife consigned to a wheel chair as a result of a terrorist attack and Mamadou Sylla an African immigrant, also a father of two, who is a garbage collector. While the latter seeks employment in vain (in a situation reminiscent of Soleil O), the former drifts slowly into the hands of extremist right wing groups who attack and kill black and Arab migrants in the dark of the night. Offers food for thought in our troubled contemporary historical context.

By adapting Abdoulaye Mamani’s eponymous book, Med Hondo chose to make an epic of one page of the great encyclopedia of African resistance against colonialism. Following the notorious 1884-5 Berlin conference, European countries engaged in a collective and systematic assault on the African continent in order to take over its lands and resources, lord over the lives of its inhabitants, and impose their culture and modes of thought. Headed for Lake Chad in Central Africa, the infamous and bloodthirsty Voulet-Chanoine French military expedition meets on its path the indomitable and incomparable strategist Queen Sarraounia, leader of the Azna, who bravely resists their incursion. Shot in glorious Techniscope, with luxuriant colors and exquisitely staged actions and battle scenes across multiple planes, the film won the 1987 Yennenga Stallion at FESPACO and contributed , along with the book, to the rehabilitation of this major figure of African history who had heretofore been written out of history books but kept alive in orature.

By all measures one of Med Hondo’s lasting masterpieces, West Indies is a visually and aurally stunning musical appropriately set on a giant slave ship symbolizing the triangular relationship between Africa, Europe and the Caribbean. The film explores parallels between the forced migration of the Atlantic slave trade and the more recent migration of Afro-Caribbean subjects to former colonial metropoles. In this explosive demonstration of virtuosity, Med Hondo deftly takes advantage of the staging, framing and montage possibilities of filming in one location and in widescreen format, four centuries of history through genial tracking shots, vertical mise-en-scene, well-crafted long takes, changes in temporality through camera movement, lush colors and poignant lyrics and choreographies which invite the spectator to join in the struggle to transform the world. One of the most vertiginous closing sequences in cinema.”

“Med Hondo’s musical is a revolutionary musical in both senses of the word…” (Janet Maslin, New York Times) 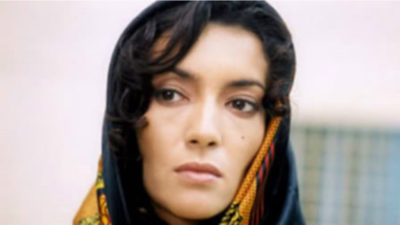 Fatima the Algerian Woman of Dakar is Med Hondo’s adaptation of a short story by the late Tahar Cheriaa, founder the Carthage Film Festival in 1966. Exploring the legacies of decolonization and as a testimony to the director’s profound investment in the historical, the film tells the story of Fatima, an Algerian woman who is raped during her country’s liberation war in 1957 by Souleymane Fall, a young Senegalese officer heading a column of the occupying French colonial army. Upon his return to Senegal, Souleymane is summoned by his father to return to Algeria and repair the harm he caused Fatima, who, meanwhile has been the object of unspeakable racism for carrying a black son. Souleymane, Fatima and their son Abdelkader ultimately return to Senegal to start a new life potentially full of promise. A brilliant hymn to the Pan-African project and a beautiful homage to the figure of Frantz Fanon.