Myriad potential solutions to the contemporary climate crisis can be found in our urban centres.  On January 14, 2020, Carleton’s Faculty of Arts and Social Sciences hosted a panel on Climate Change and Sustainability in the City at Carleton’s Dominion-Chalmers Centre.  Moderator Dr. David Hugill was joined by expert panelists, Drs. Elisabeth Gilmore, Zoe Todd, and Sheryl-Ann Simpson to discuss the question, “What makes a healthy city in 2020?”

According to community researchers Claire Napawan, Sheryl-Ann Simpson, and Brett Snyder (2017), the climate crisis we collectively face is now widely recognized, but the general public lacks urgency in finding solutions (p. 52).  Psychological distance refers to one’s detachment between themselves and a particular thing, person, or event.  This distance creates a buffer between the reality in North America and climate catastrophes around the globe (Napawan et al., 2017, p. 53). 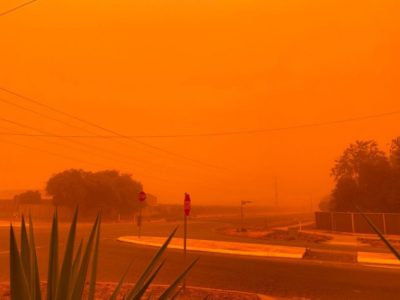 While devastating images of climate-induced crises like the bushfires in Australia or flooding in the Marshall Islands abound, these crises can feel distant and surreal when displayed on a 2D cellphone or laptop screen.  Even when the North American public recognizes these climate emergencies for what they are – nightmarish situations for people right now and frightening harbingers of things to come – they can feel overwhelming, and organizing can feel similarly hopeless (Napawan et al., 2017, p. 53).  As North American cities strive for greater adaptation and resilience, they must engage the public in a call to action that is future- and solutions-oriented (Napawan, 2017, p. 53).

The first panelist, Elisabeth Gilmore, cited the Intergovernmental Panel on Climate Change (IPCC)’s Working Groups 2: Impacts, Adaptation, and Vulnerability to stress that the climate crisis is current and urgent.  The narrative is shifting, she explained, from “This would be the effect of climate change,” to, “We are seeing climate change now.”  Gilmore believes cities are a critical site through which people can catalyze action, network and share knowledge.  As administrative and local officials educate themselves on climate change and the corresponding need for greater community resilience, a reaction to the climate crisis becomes institutionalized. Gilmore is hopeful that immediate action towards the climate crisis is underway.  She describes the IPCC as not just watching the climate crisis unfold, but also taking action as an autonomous and organized institution.  She believes finding solutions to the climate crisis should not feel overwhelming, and looks to a city-level response for creative and collaborative action.  Citizens must hold their municipal governments responsible for keeping them informed and providing the tools to act.  If cities think systematically about which structural vulnerabilities are amplified because of climate change, risk would be significantly mitigated.  Gilmore asserts that change begins when the public is empowered, and she believes even a little action can go a long way towards creating more resilient communities.

Next, Zoe Todd reminded the audience that the City of Ottawa exists on unceded Algonquin territory, and its governance is neither reciprocal nor ethical.  Around the world, Indigenous communities (comprising 5% of the world’s population) continue to experience genocidal impacts on their laws, languages, cultures and lands, yet Indigenous-managed lands protect 80 per cent of Earth’s species and biodiversity.  Todd asserted: “Indigenous governance is what is protecting biodiversity.”  As our cities brace for impending climate catastrophe, Indigenous knowledge and governance must be recognized not only as valid, but also for its potential to counter principles of extraction, domination, accumulation of capital, and hegemonic control.  A study conducted by the University of British Columbia showed that Indigenous-managed and co-managed lands in Australia, Brazil, and Canada had the highest levels of biodiversity (Schuster et al., 2019, p. 1).

Fostering and protecting Indigenous-managed lands are central to the protection of our planet (Klein, 2019).  The land, air, and water our cities occupy and impact are not our own – we share them with first peoples, future generations, and non-human species.  The dismissal of Indigenous governance around the globe results in direct degradation of the earth.  As Klein (2019) posits, “The violation of indigenous rights [..] is central to the violation of our collective right to a livable planet.”  If our municipal government took seriously the knowledge of Algonquin people, and governed Ottawa as such, our relationship to the land would change dramatically.  Todd affirmed we must look to Indigenous law in a non-appropriative way to address matters of adaptation and resilience.

Under the hashtag #OurChangingClimate, youth shared photos that captured parts of their communities that held particular significance.  These social media posts were complemented by in-person workshops, before and during the online campaign, where broader themes were established and discussed (Napawan et al., 2017, p. 55).  By framing the climate crisis in terms of immediate and local impacts, this project shortened the psychological distance for youth, who engaged with the built environment and identified vulnerabilities on a place-specific, personal level (Napawan et al., 2017, p. 60).  Napawan, Simpson, and Snyder (2017) describe community resilience as “the ability for a community to respond to change and disruption while still maintaining its general function, structures, form and identity” (p. 51).  They argue for an approach to climate resilience that engages youth and the broader public.

The “contemporary climate crisis,” as Simpson refers to it, threatens much of our society, but Simpson remains excited by the prospect for change.  She elaborated: “Maybe we will stop believing this narrative [of perpetual growth], and stop building our cities based on this premise.”  She explained that the cost of living in cities is increasing, forcing people out of the urban core, but the climate crisis has the potential to make us reconsider what a healthy city looks like.  It also has the power to encourage us to find innovative solutions and implement them immediately.

Reflecting back on the knowledge shared by Dr. Zoe Todd, it is essential that governments recognize that White supremacy, colonization, and capitalism established the laws and practices that led to the current climate crisis.  During the panel Todd stated, “You cannot be the doctor, if you are the disease.”  Our local and national governments cannot be the ‘doctor’ when they are the disease.  In other words, solutions to the climate crisis do not live in capitalist, imperialist principles embodied by local and national governments; we must in turn acknowledge Indigenous laws as real and necessary in tackling the climate crisis and bolstering adaptation and resilience within our communities.  By recognizing vulnerabilities within our communities, there is the potential to rethink our cities with resilience and adaptation in mind. 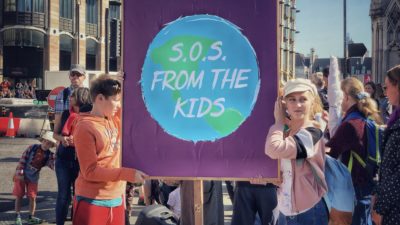 Carleton’s Faculty of Arts and Social Science’s first Healthy Cities panel, Climate Change and Sustainability in the City, provided valuable insight into what makes a healthy, resilient, and adaptive city in 2020.  Elizabeth Gilmore offered a deeper understanding of the IPCC’s changing narrative towards one that is more urgent and action-oriented.  Zoe Todd asserted Indigenous law as central to deconstructing capitalist principles which implicitly govern North American cities, and argued that municipalities must recognize Indigenous governance as integral to creating healthy cities.  Finally, Sheryl-Ann Simpson explored how a community-based, solutions-forward approach can engage those living in communities vulnerable to the climate crisis.  She also highlighted how the climate crisis poses an opportunity for cities to reject a perpetual growth mindset, and focus instead on fostering greater resilience. The public has the potential to recognize vulnerabilities within their communities and effect change on a municipal level.  As North American cities confront the looming effects of the climate crisis, it is time we rethink what a healthy city looks like in the coming decade.

Klein, N. (2019). The Amazon is on fire — indigenous rights can help put it out. Boston Globe. Retrieved from: https://www.bostonglobe.com/opinion/2019/08/26/the-amazon-fire-indigenous-rights-can-help-put-out/QylcSQzyPPh52cYzwEvVSO/story.html