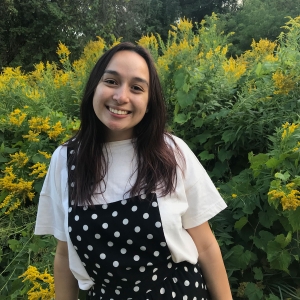 Today, I had nothing to do but to get things done. No class, no plans, just me against my To-Do list.

I make a To-Do list every day that I have entirely to myself. A very ambitious one. I don’t like to stop adding things to the list. Somehow it’s scarier to have two big things to do than it is to have nine items of varying difficulties, especially when 1 through 3 are “shower,” “eat,” and “water plants.” And maybe I already watered the plants.

I try to be kind to myself when it comes to lists, I guess. Make it easier to cross a few things off, get those reward juices flowing in my brain.

Fill in the extra time with farting around on the internet.

I write the lists long because I’m prepared to let a few things fall to the wayside; “unsubscribe from Tidal” has been on the list for months. But there are things that need to be done, and things that I like to do (like writing, allegedly), and I swear I want to get them done but I don’t.

I am very good at leaving the hardest thing on the list until the sun goes down and I can convince myself I should just have a fresh start tomorrow, until there are a startling lack of tomorrows between me and the deadline.

My lists have been like this for a long time, but now instead of tricking myself into feeling accomplished (shower! eat! plants! eat!) I feel pretty poorly about avoiding the things I’m scared to do.

Yes, scared. It’s taken me a while to understand that it’s not (all) laziness; it’s fear. Fear of writing an essay I’m not proud of. Fear of writing something so bad the muses will swoop in and tell me I should listen to my mom and use my English degree to pivot into law somehow. There is nothing that I love to do more than write, but there’s something about devoting time to the activity I have staked my identity upon for as long as I can remember that’s a little scary. So I avoid it. Often. And the whole time I’m avoiding writing, I am thinking about it constantly.

I went to counselling about this, actually. If you’ve been by Health Services at Carleton recently, you’ll know that the wait time for a mental-health counselling appointment is around 3 weeks as of late (or at least it was for me, with a request for a female counselor). Many of us are in and out of those offices for all sorts of reasons, and I’d like to take a quick second to say: good for us.

I recently discovered a Netflix series called The Mind: Explained. If your brain loves learning about brains, this is the show for you! And if you, like me, are just starting to explore the way anxiety functions in your life, I recommend the episode called “Anxiety.” According to the pleasant voice of Emma Stone, who narrates The Mind: Explained, our generation is a lot more likely to view seeking help as a sign of strength than any previous generation, but there is “no evidence that prevalence rates of anxiety disorders have changed.” We are not more anxious than our parents’ and grandparents’ generations, but we are perhaps allowed to be anxious more than they ever were. With the stigma around seeking help deflating all around us, more of us who need help will feel comfortable seeking it. And the resources are out there.

(I’m not too happy I have to cite research in this blog, but this is how much I want you to view this episode if you haven’t. I want you to be able to find my sources!)

It never occurred to me to be frustrated that the wait list for mental-health counselling was so long because, well, I’m happy for us.

We the students are in the midst of a vulnerable, transitionary, and monumentally confusing time of our lives. We are putting ourselves out there, chin up or head down. We are learning empathy, forgiveness, generosity, and other things we didn’t realize we had to learn. We are reflecting on the things we didn’t know would hurt us, and learning to live with that hurt. We are meeting our demons and talking back to them. We are grappling with how embarrassed we are about who we’ve become. We are growing, only to find we have even more room to grow, wondering if it’ll always be like this and how we’ll manage. In the meantime, we have three essays due next week, a pile of readings to catch up with, and a job in retail to grin and bear.

We are carrying a lot of weight. I’m grateful we have counselling.

I’m still working on the whole “fear of writing” thing. That’s going to be a work-in-progress for a while, probably after I graduate, too, and I’m trying to be comfortable with that. In the meanwhile, all I can do is get things done the best I can.

It was at my counselling appointment that I learned about the Done List. It’s the opposite of the To-Do List: at the end of the day, you make a list of what you did get done to get a sense of what you accomplished and remove your focus from the things you didn’t do.

In other words, you bury your guilt, and you try again tomorrow.

Of course, now I’m going to show you my first Done List.

Not included in this list are the anxiety and guilt I carried with me during so many moments today. Because my breakfast wasn’t healthy. Because I only read two chapters of that book. Because it took me like two hours to finish that escape room. Because I took the bus to the store since I didn’t want to walk there and back. Because my To-Do list was a lot more than these things, and the hard stuff is just going to be on the list again tomorrow.

But I had kind of a great day, and writing it out like this has convinced me of it.

Of course, the “today” I’ve been writing about is no longer the today I’m living in now because I’ve been editing this piece for a few days. Even though I didn’t consider that day to be productive at the time, looking back now, I don’t think I’d change a single thing about it. I have no regrets about the escape-room victory or the playlist, both of which took up a lot of my time and had nothing to do with school. But I had fun. I haven’t beat a room escape since, which is humbling and honestly annoying, but that also makes the memory feel more precious. And I’ve been listening to “The Gorls” non-stop.

I’m burying my guilt. I’m ready to try again tomorrow. I encourage you to try writing your own Done List and see if it changes the way you feel about your day.

I’ll see you next time.

Jaclyn Legge is a 3rd or 4th year student returning to full-time student life after completing Co-op. She spends her free time calling to the muses for inspiration in her writing, drawing, and shower dancing routines. Her poetry has been published in Bywords.ca. No, she doesn’t want to be a teacher; she considers herself a student in every aspect of life. 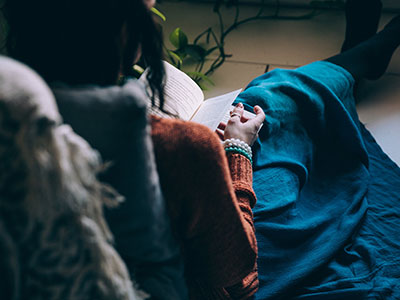