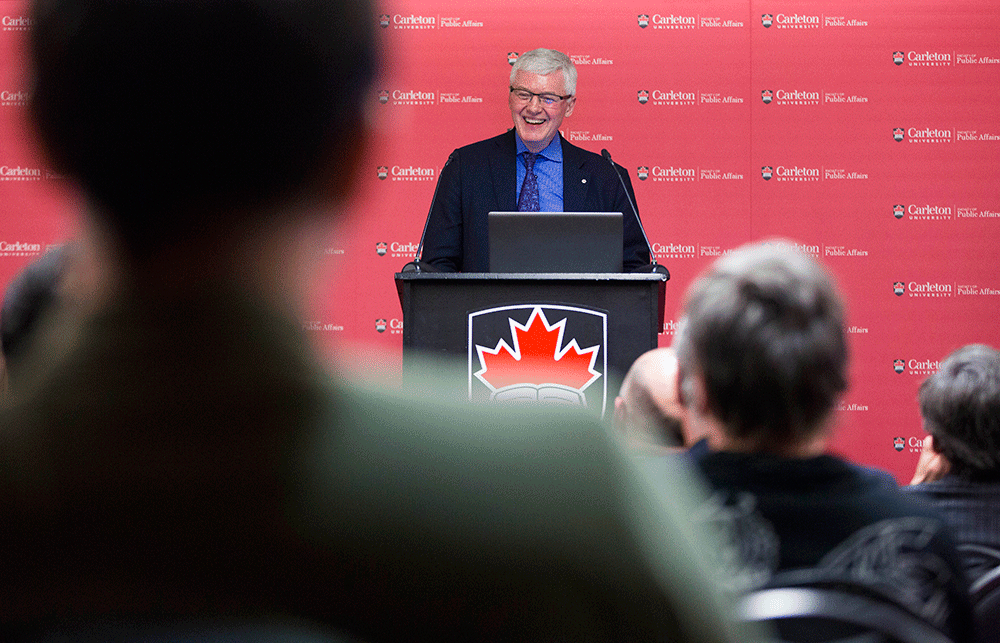 Not only are these wildly successful innovations, they are also market “disruptors”, according to Kevin Lynch, the vice-chair of the Bank of Montreal and the recent guest lecturer at the Dick, Ruth and Judy Bell Lecture at Carleton University.

“Airbnb’s market capital is worth more than Hilton Hotel and they don’t own a single hotel room. Uber doesn’t own a single taxi,” said Dr. Lynch, the former clerk of the Privy Council under Prime Minister Harper. “These disruptors have totally redefined the marketplace.”

The global pace of innovation and the challenges Canada faces in keeping up with it were among the themes in Dr. Lynch’s lecture, entitled “Can Canada Become an Innovation Nation—and Why Does it Matter?” as part of 2016 FPA Research Month at Carleton University.

In his presentation, Dr. Lynch shared what he sees as a recipe for innovation: a collaboration and constant interchange between people who are “problem identifiers” and those who are “problem solvers”. He said the research suggests most innovations arise out of collaborative teams rather than “lone geniuses”.

Dr. Lynch also pointed out that innovations are more often “technology facilitated” than technology driven. He quoted Apple founder Steve Jobs, who said, “Technology alone is not enough—it’s technology married with liberal arts, married with the humanities, that yields us the results that make our heart sing.” 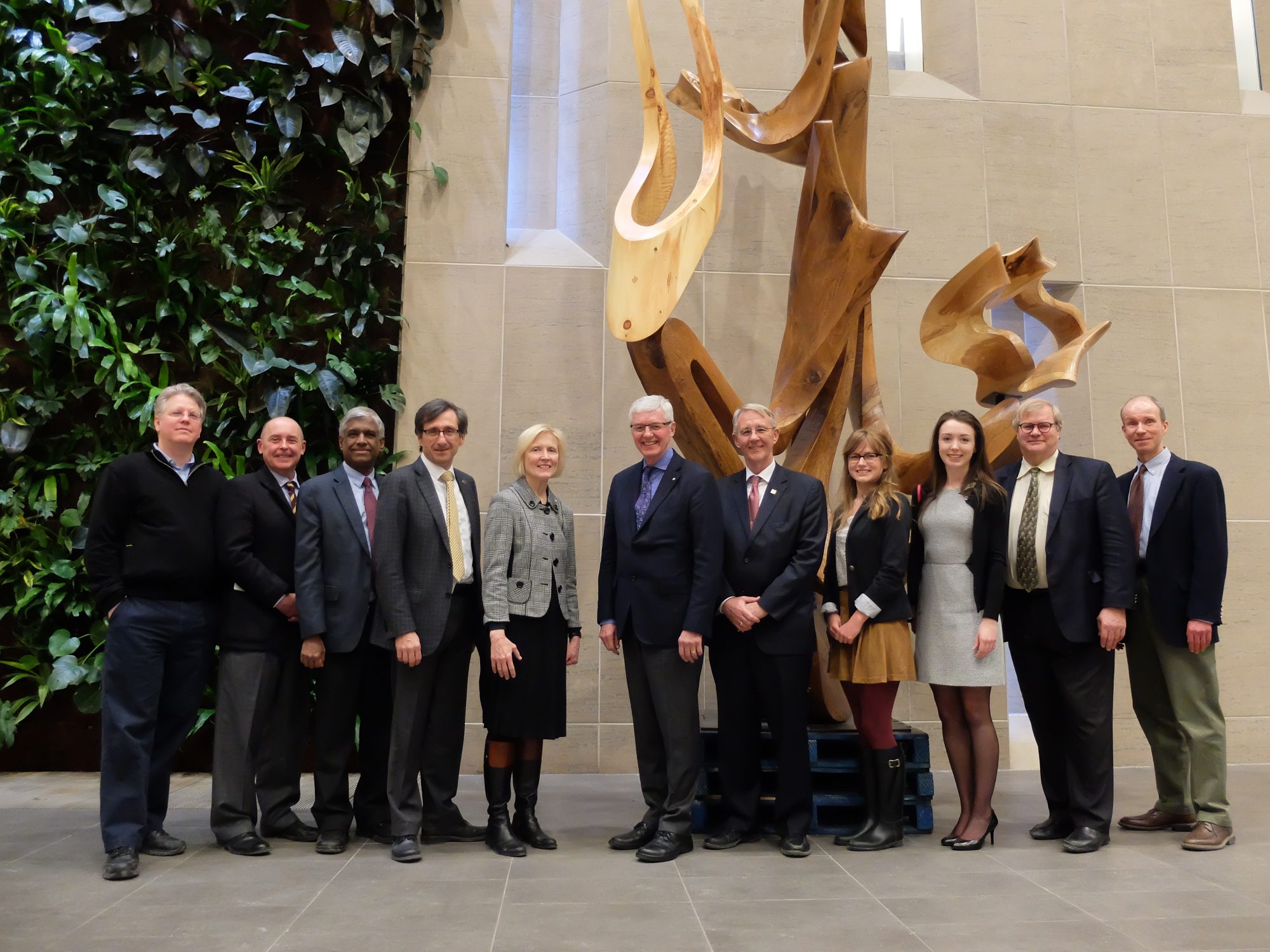 A Message for Canada

In his assessment of Canadian innovation, Dr. Lynch drew on his recent meetings at the World Economic Forum in Davos.

“We are experiencing a fourth industrial revolution and the pace and scale of it is unprecedented in human history,” he explained, citing rapid advances in artificial intelligence and other fields. “Canada is already behind in innovation and the time is now if we hope to catch up.”

Canada faces a number of challenges, he said, within government, the private sector, and even the Canadian culture.

Within government, Dr. Lynch argued Canada “does macro well, but not micro” when it comes to supporting innovators and entrepreneurs. He said the federal government relies too much on “passive tax support” rather than financial backing for R&D. “We don’t really have a national innovation policy,” he argued.

Within the private sector, he lamented the “risk averse” culture and the fact that only 10% of Canada’s small and medium enterprises (SMEs) export outside of the country, with just 1% venturing beyond North America. “There’s a lack of global orientation in our SMEs, but that’s where the growth is,” said Dr. Lynch.

“Canadians like to take a long time to study things and make sure that everyone is on board, but the rest of the world is rushing in this direction,” says Dr. Lynch. “We can be players or observers, but the cost of being an observer is going up and up.”

Dr. Lynch argued that there is a crucial role on the part of universities to support entrepreneurs and entrepreneurial thinking. “A lab serving 25 kids isn’t enough. We have to find a way to take a great idea and scale it up for the entire student body. Then you’re having a big impact.”

Kevin Lynch delivered the Dick, Ruth and Judy Bell Lecture as part of FPA Research Month. The annual lecture honours the contributions of individuals to the political and public life of Canada. It was established by Dr. Ruth Bell, who died in 2015.