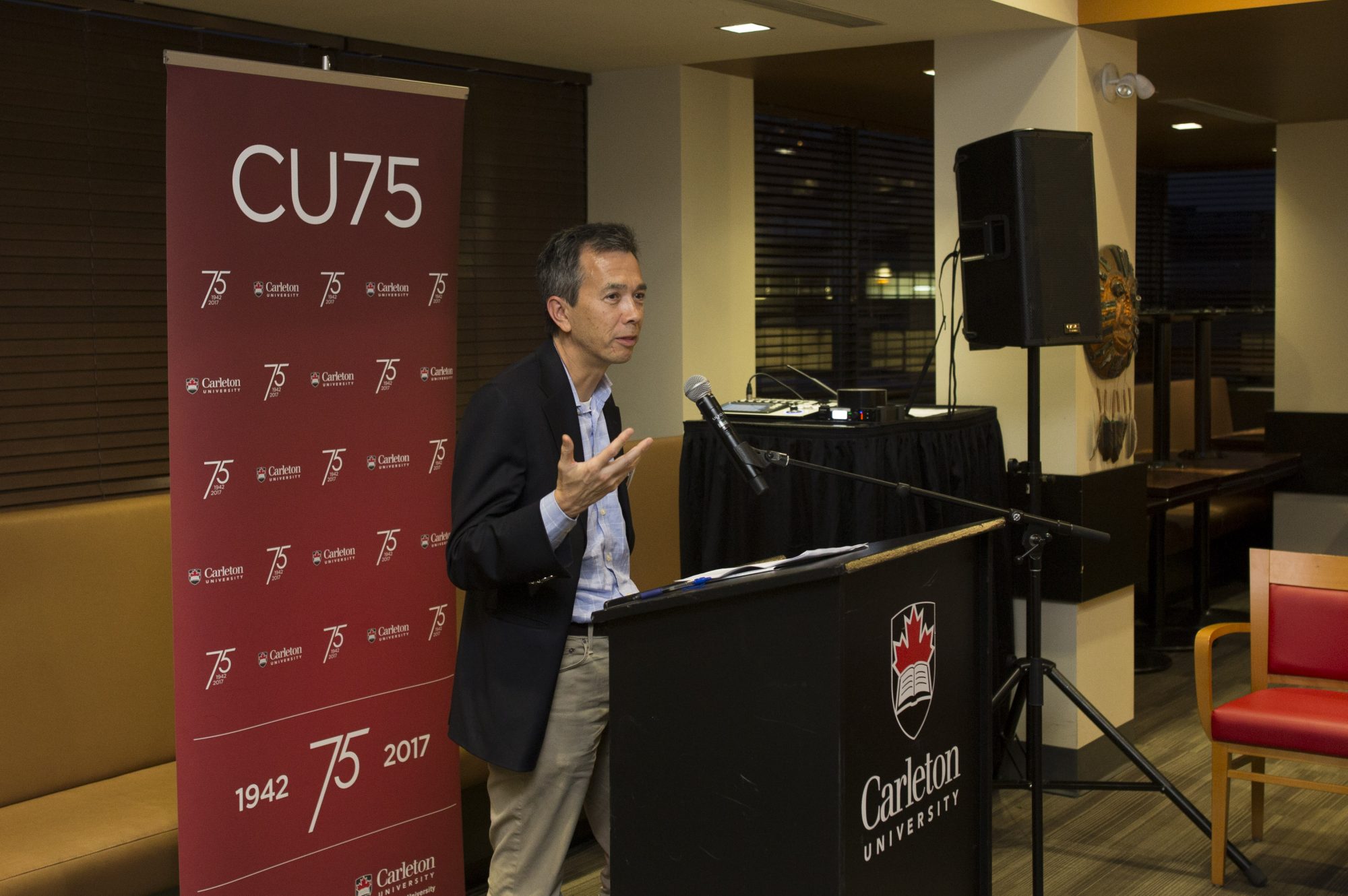 The Wall Street Journal’s Greg Ip had a busy week at Carleton University.

Prior to delivering the FPA Currents Lecture on Friday, September 15th, he was the honoured guest at the Fourth Annual Economics Alumni Reception.

“I thought I might be an economist or a journalist. I honestly did not think I would be an economics journalist,” Ip told fellow alumni, students and faculty. “The two complement each other. [They] share this almost naive belief in the power of information and analysis to make the world a better place.”

“Economics has been part of what I’ve written every day since I graduated from Carleton,” said Ip in an interview for FPA’s 75 for the 75th alumni project.”I felt well-equipped with a really good basic tool kit in both fields.”

In honour of his audience, Ip offered a few jokes at the expense of economists.

“Yoram Bauman, the standup economist, has this line: ‘You might be an economist if you refuse to sell your children because they’ll be worth more later,” said Ip.

He also mentioned his interviews with the renowned economist Milton Friedman, who would always call  collect: “Whether I was willing to accept the charges signaled to him whether this was worth his time.”

Professor Ba Chu has been awarded a $90,000 grant from the Natural Sciences and Engineering Research Council of Canada (NSERC) for his study entitled “Simulation-based methods for Large Dynamic Latent... More

As an associate professor of Law and Legal Studies, Sebastien Malette has focused on unrecognized Métis and non-status Indigenous communities in the Eastern provinces of Canada. He is the co-author... More

As a researcher, Professor Lara Karaian studies the intersections between sexuality, technology, representation, bodily experience, and legal regulation. This year, a $92,700 Insight Grant from the Social Science and Humanities... More

Economists have spent more than a century trying to understand the fluctuations of the business cycle. Theories have abounded, but Economics Professor Chris Gunn and collaborators recognized that data on... More