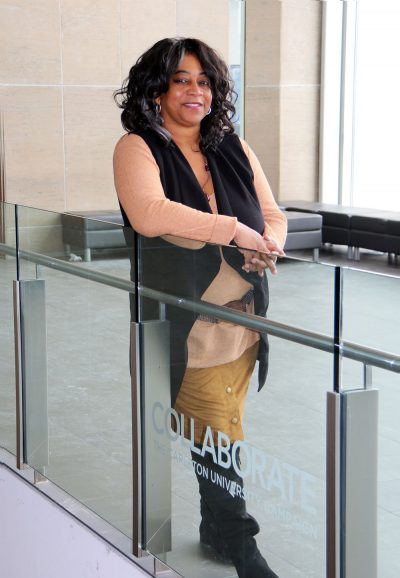 Professor Kamari Clarke’s interest in international law, culture and politics began early in her university career. She studied political science at Concordia University, Law at Yale University, and did a PhD in Political-Legal Anthropology at the University of California, Santa Cruz. Recently she returned to Canada to begin a professorship at Carleton in the new Bachelor of Global and International Studies program (BGInS).

In 2017, Clarke was the winner of the FPA Research Excellence Award, which provides a generous financial award for research as well as funds for a research symposium that highlights the winner’s achievements and serves as the launch of FPA’s Research Month. The symposium will be held on February 26, 2018.

Professor Clarke, when you were a student, you studied political science, international relations and then political-legal anthropology. What was happening in the world at that time?

The late 1980s and early 1990s was a period of major structural transformations and violence. I was fascinated with the new institutions that were taking shape in that post-1989 moment – economic, legal, political and military. They were sparked by a range of events that led to the end of the Cold War and the emergence of new alignments that had severe consequences for countries in the Global South.

For instance, there were new loan conditions from institutions like the International Monetary Fund and the World Bank. There was corporate restructuring as well as the establishment of new extraction arrangements and free trade zones. At the same time, the military arms from the former Soviet Union began to circulate throughout Africa and Latin America. We were watching the restructuring of the global order.

But the real problem for me was the impact that these realignments were having on people’s lives. On the one hand, we saw during this period the emergence of new migration patterns as mining extraction industries decimated local people’s livelihoods. On the other hand, those displaced began competing for new resources, which resulted in struggles over the control of land and in significant violence.

What interested you in international law and legal institutions?

I wanted to understand one of the greatest paradoxes of our time – that of the emergence of new international legal institutions that are often popularized as key solutions to global violence.  Yet the root causes of violence are well beyond their mandate.

While it was clear to me that courts could play important roles in the social establishment of norms, my research in the late 1990s sought to explore the limitations and to raise a range of considerations for understanding the relationship between legal and socio-political processes.

The focus of my case studies was the emergence of the International Criminal Court (ICC).  After I spent a summer doing fieldwork at the United Nations and with various non-governmental organizations working with the ICC, I realized that I needed to understand the technical language of the law – how legal reasoning works, what are its primary considerations, what are its core values and methods.  I decided to pursue a master’s degree in law because, when I was attending the United Nations preparatory committee meetings for the International Criminal Court, I realized that I actually didn’t quite appreciate some of the relevant technical considerations.

How was the signing of the International Criminal Court in 1998 seen by countries around the world?

It was spectacular. There was euphoria around the idea of international law being there to engage and shape a new world free from violence. For many, the law was seen as a saviour.  This was a moment when 120 states came together to agree on a mechanism for addressing core

crimes that would serve as the basis for holding high-ranking leaders responsible for mass violence against their citizens.  But after fifteen years of the court’s existence, all of the cases, indictments, and arrest warrants have been for Africans. And while some African states are the ones who made the referrals for arrest, the aggregate reality has caused a political uproar because for many of the court’s antagonists, it seemed that “the court was targeting Africans.”

Today, the court has a legitimacy problem because it’s seen as being an African court.  Meanwhile, the U.S.—which is not a signatory—is critiqued for committing war crimes and crimes against humanity in Iraq. The ICC Office of the Prosecutor has only recently issued a dossier that claims these crimes occurred within the court’s jurisdiction.  In fact, the court does not have universal jurisdiction and many of the world’s most powerful states are not under its jurisdiction.

The appearance of selective justice has led to a series of African state-orchestrated pushbacks.  For instance, following the indictment by the ICC of the Sudanese president, Al-Bashir, in 2009, the African Union insisted that African countries should not cooperate with the call for his arrest and transfer to the court. Since then, many countries have agreed to not arrest him and Burundi has withdrawn from the ICC. South Africa is on its way toward withdrawal from the court.

Do you think the International Criminal Court should exist?

Yes, there is a place for it—just as there’s a place for an African Regional Court. But that place has a slim mandate. The ICC is a court of last resort that can engage in judicial action if states are unable and unwilling to act.  This means that the ICC is relevant after mass violence – after people have been victimized by brutal violence.

The research question for me is concerned with the complexities of justice. I’m arguing that the rise of the ICC should not be seen as the rise and cascading of a new enlightened force leaning toward prosecutorial justice.  Rather, the ICC depends on state and NGO cooperation and gains its power through its moral claims to “save the victim” and end impunity by “stopping the perpetrator”.

Given this, my thoughts are that we need to see the work of international justice-making as a disentanglement of the fiction of the liberal institutional order.  To do this it helps to examine the way that new justice discourses are being unravelled and alternative justice mechanisms are being erected in the contemporary period.

This will be one of the topics of my upcoming symposium and is the key argument in my forthcoming book: Affective Justice: The International Criminal Court and the Pan-African Pushback.

When you’re seeking health care in Ottawa, ethnicity matters—especially if you’re a senior from an ethnic minority group. Studies have established that ethnic minority seniors lack access to services in... More

Localization is a new movement in humanitarian aid that seeks to create a more equitable and authentic collaboration between international not-for-profits and on-the-ground organizations, and it’s at the heart of... More

Insight Grant 2020: How and why has the Canadian national security and intelligence community evolved...

Insight Grant 2020: How and why has the Canadian national security and intelligence community evolved since 2001?

The 9/11 attacks prompted sweeping changes to the U.S. national security and intelligence community (NSIC). Indeed, surprise attacks and intelligence failures are primary drivers of NSIC reform in countries around... More 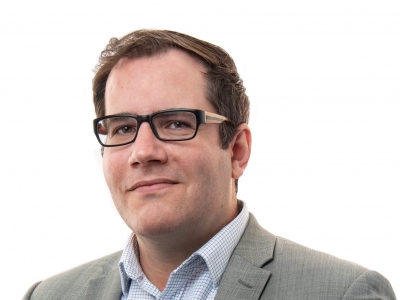 According to recent data, organizations face, on average, hundreds of cyber attacks a year. In response, cybersecurity strategies for protection and prevention are under constant development. Among these is deterrence. The... More