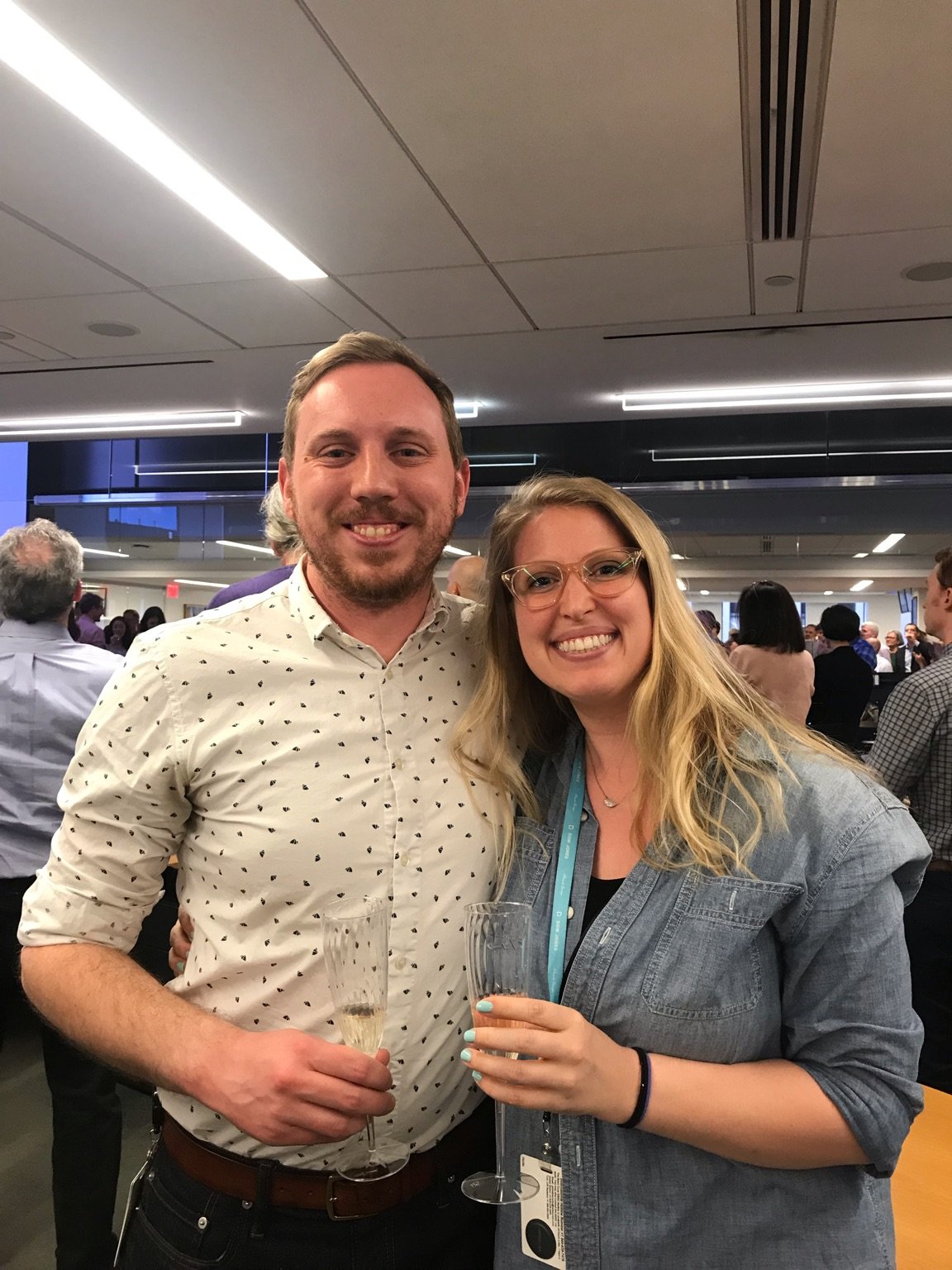 Joel Eastwood poses with a colleague during the Pulitzer celebration at The Wall Street Journal.

If you tried to follow the timeline of the Donald Trump “hush money” scandal over the past couple of years, you could be forgiven for losing track of who allegedly paid whom when and for doing what.

That is, unless you saw Joel Eastwood’s infographics in The Wall Street Journal.

Eastwood’s colleagues in the WSJ newsroom broke the “hush money” story and he worked with them for months to develop graphics that would illustrate the flow of money secretly funneled through the President’s former lawyer, Michael Cohen. Eastwood also created timelines of public statements made, with titles such as: “Donald Trump on whether he knew about the payment to Stormy Daniels” and “Wheeling and Dealing,” which outlined Cohen’s negotiations on behalf of the President.

These stories, and the timelines that accompanied them, won the Wall Street Journal’s staff the Pulitzer Prize for National Reporting. Eastwood is the graphics editor on the Investigations team.

“The award represented a years-long investigation by a team of more than a dozen reporters, editors, graphic journalists and video journalists,” said Eastwood, who joined WSJ in January 2016. “I would sit down with the reporters and when an angle bubbled up, we would see if there was a visualization that could accompany it or a timeline to help the readers. My contributions complemented the wider scope of the investigation.” 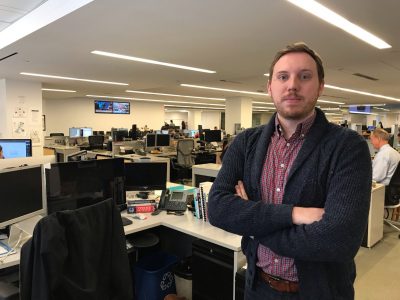 Joel Eastwood stands in the newsroom of The Wall Street Journal.

As a Carleton journalism student, Eastwood wanted to be a daily print reporter. He got his start as editor of The Charlatan, Carleton’s student newspaper, which he describes as “a newsroom like all others—the same dynamic, same daily discussions, and questioning of news judgement. Those lessons are still relevant today.”

He also completed job placements at The Globe and Mail and Canadian Press in Ottawa. But it was a fourth-year class with CBC journalist David McKie, which taught students to mine data for story ideas, that really sparked Eastwood’s passion.

“I’m not sure how many people love spreadsheets, but I loved it. It kicked off a pet interest,” he said. “I would try to find a data-driven angle whenever I could and pitch stories based on that.”

Eastwood applied those skills in a yearlong internship at the Toronto Star, which segued into a job as a data journalist. Suddenly his “pet interest” was a full-time job.

“One thing that’s interesting about this niche is that the rules aren’t really written yet,” said Eastwood. “We ask if there’s a better way to tell a story than several hundred words on a page. Text isn’t necessarily the best way to get at a complex story.”

Just six years after graduation, Eastwood is living in New York City, working at The Wall Street Journal, and “occasionally pinching” himself. But on the day that the Pulitzer announcement was made, his attention was elsewhere.

“It was the same day as the fire at Notre Dame Cathedral, so I was focused on putting together a 3D architectural model of the cathedral when I heard a cheer erupt across the newsroom,” he recalls. “It was a very happy surprise, followed by a newsroom celebration and a toast. Then we got back to work.”