From food security to patriotism and diversity, the research of FPA’s up and coming faculty members was widely recognized by the Social Sciences and Humanities Research Council (SSHRC) this year.

According to SSHRC, the Insight Development Grants “enable the development of new research questions, as well as experimentation with new methods, theoretical approaches and/or ideas.”

“Presences of the Past: Conceptual History as a Critical Tool in Political Theory”

The refugee crisis, the opioid crisis, the climate crisis, not to mention the crisis of liberal democracies: the concept of crisis pervades our times—as it did, numerous commentators have noted, the 1920s and 1930s.

Is the parallel accurate, and if it is, what can we learn from it?

Sophie Marcotte-Chénard, Assistant Professor in the Department of Political Science, is exploring these questions with the support of a $41,862 Insight Development Grant from the SSHRC and a tool from historians in hand.

“Conceptual history traces the evolution and uses of political and social concepts,” she says. “When we look at how concepts were used in the past and how they’ve changed, we gain a better understanding of how these concepts are used now.”

This approach isn’t often used in political science—“disciplines usually stay in their own lanes”—and an important aspect of her project is to demonstrate the value of studying changes in our political and social vocabulary.

One example: conceptual history can highlight how concepts are used in framing issues. “When Trump says there is an immigration crisis at the Mexican border, he is creating a situation of urgency. Conceptual history helps us understand how politicians weaponize concepts.”

“Winners and Losers from the Tax Cuts and Jobs Act: A Quantitative Evaluation with an Open-Economy Heterogeneous Household Model”

The Tax Cuts and Jobs Act (TCJA), passed by the U.S. Congress in 2017, introduced an unprecedented reduction in the American corporate tax rate: from 35% to 21%, a difference of 14 percentage points. Controversy about the short- and long-term benefits of the Act followed, with proponents claiming all taxpayers would profit, regardless of income level or source.

Meanwhile, north of the border, there has been little analysis of the effects of the legislation on the Canadian economy, despite close integration between the two economies.

That’s about to change.

With the support of a $55,290 grant, Minjoon Lee, Assistant Professor in the Department of Economics, along with Full Professor Hashmat Khan and Associate Professor Raúl Razo-Garcia, will develop comprehensive models that can look at, among several aspects, how the TCJA would affect income distribution among Canadian households.

Canada’s Feminist International Assistance Policy, announced in 2018, marked the federal government’s first major initiative incorporating feminism into foreign policy, and it made Canada only the second nation—following Sweden—to do so. A year earlier, the Canada–Chile free trade agreement featured a chapter on gender, recognizing the importance of considering how trade policies affect women.

“It’s a kind of crack in the edifice of traditional approaches to foreign policy,” notes Fiona Robinson, Professor in the Department of Political Science and the Institute of Political Economy.

“By underlining that foreign policies affect men and women differently and can help alleviate or add to the oppression and exclusion of women globally, feminist foreign policy has the potential to be transformative.”

A $49,950 grant will support Robinson in analyzing how Canada is unrolling this new approach.

“Canada as a peacekeeper, for example, has been an important narrative in the stories we tell about ourselves as a nation. This is a new, developing narrative, and I’m interested in how it is being told.”

“It’s an important moment for feminists,” she adds. “But a critical perspective can help reveal whether the kind of feminism Canada is embracing is open to the voices of women everywhere.”

“Canadian Patriotism(s) and Attitudes Toward Diversity”

Last year, when Justin Trudeau rebuked a heckler who was protesting so-called illegal immigrants, the prime minister invoked an emblematic aspect of the collective Canadian identity: “Madam, this intolerance towards immigrants has no place in Canada.”

That multiculturalism is fundamental to our national identity isn’t just a statement in the Canadian Multiculturalism Act; decades of public messaging and rhetoric from elected officials have turned it into a bromide that many support.

But is it true?

“Certainly there is anecdotal evidence that the Canadian story about national identity and diversity is more ambiguous than it appears,” reports Stephen White, Assistant Professor in the Department of Political Science.

“However, we don’t have a lot of insight into the association between that identity and attitudes about immigration and multiculturalism.”

Using a $48,078 grant, White will help close the knowledge gap with a survey designed to tease out Canadian attitudes about immigration and multiculturalism policies and the extent to which these are underpinned by emotional attachments to the country.

“National identities are complex,” he says. “There are lots of different dimensions of national belonging and ways in which patriotism is expressed. Part of what I want to do is unpack patriotism in Canada.”

“White Water or White Coal? Rivers and Society in Tsarist and Soviet Georgia”

Rivers have been central to human societies since people first settled next to them, yet the relationships between rivers and the cities and cultures they have fueled remain understudied.

For Political Science/European, Russian and Eurasian Studies Associate Professor Jeff Sahadeo, it was an early-twentieth-century photograph of a log boom floating down the Kura (Mtkvari) River in the Georgian capital of Tbilisi that prompted him to expand his research, long focused on imperial relationships and urban and social history in Eastern Europe, to incorporate environmental history.

Collaborating with a researcher from the Free University of Tbilisi, Sahadeo has received a $49,726 grant to examine, using three case studies, how rivers and societies interacted in the Republic of Georgia in the nineteenth and twentieth centuries.

“Georgia has been powered by rivers, either for food or energy,” he says. “Rivers play an important part in the country’s national and cultural identity, in its political life, and in the everyday lives of Georgians.

“Freshwater is essential to all of us,” he continues. “We are always interacting with nature, even as technology can steer us away from that knowledge. The idea is to understand how people and the natural environment change and influence one other.”

For governments struggling with high levels of food insecurity—the lack of reliable access to safe, sufficient and healthy food—and other serious challenges, such as high unemployment, high inflation and a low GDP, foreign investment can seem a panacea, and in the last decade, millions of hectares of land in the global south have been sold or leased to foreign investors.

Community-based organizations and NGOs have a different take on that solution, reporting smallholders and herders losing their livelihoods amid increasing inequality.

Using a $67,330 grant, he and a fellow researcher at the University of Northern British Columbia will compare cases of failed, contested and successful foreign investments in Ethiopia and Ghana to identify laws, policies and regulations enabling investment that benefits everyone.

The complex issue requires an interdisciplinary approach, including law, business, anthropology and political science, among others: “To produce useful recommendations for decision-makers, we need to take into account everything that they need to consider.”

As Cochrane points out, with Canadian pension funds among the international investors, it’s not a distant problem. “We are all connected to this issue.”

What causes the booms and recessions that make up the business cycle? Although economists have devoted years of research on this question, there is no consensus on the answer.

A key challenge facing researchers is the complexity of the economic system. Economists rely on theoretical models to help them, but business cycle models, reflecting complex phenomena, are themselves generally complex and often are not fully understood.

Dana Galizia, Assistant Professor in the Department of Economics, will use a $32,530 grant for a research project developed to improve our understanding of one of the key features of many existing models: why and where do reasonable individual-level decisions made by economic agents interact in such a way as to produce outcomes that are at odds with those agents’ goals? 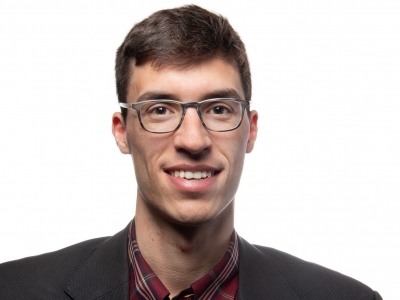