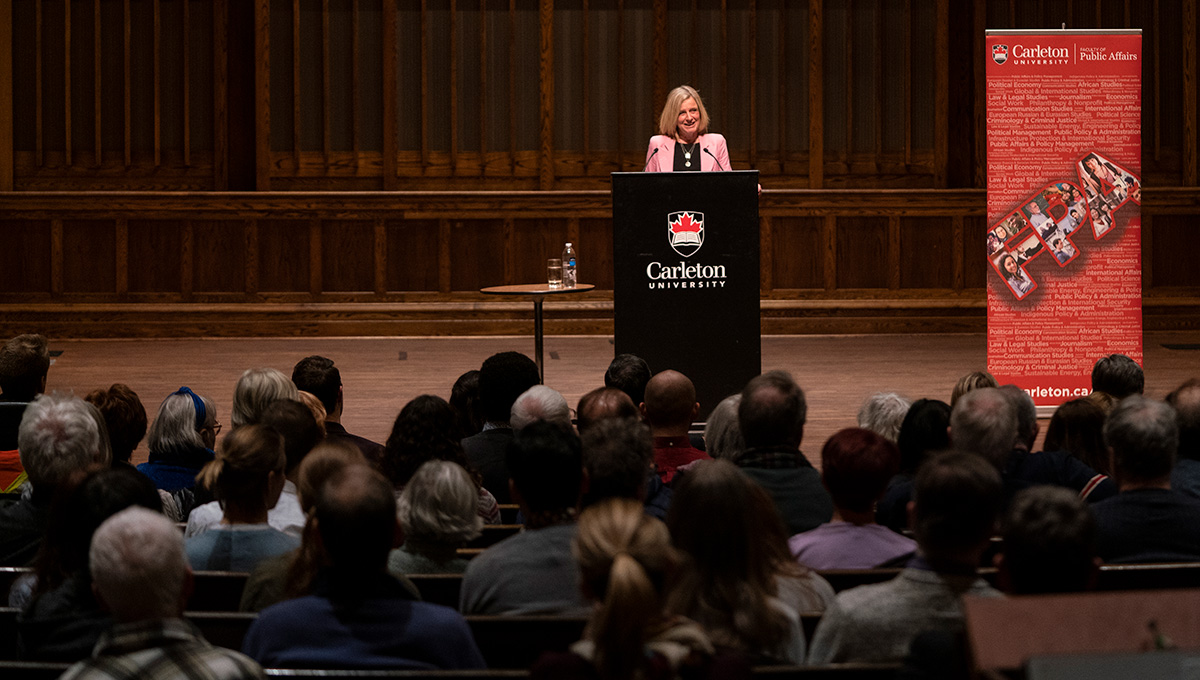 Rachel Notley, the former Alberta premier, maintains that fighting climate change and fighting for pipelines are not contradictory efforts.

“Much of this discussion revolves around a perceived incompatibility of our old economy and our country’s need to take climate change seriously,” she says.

From 2015 to 2019, her New Democratic Party (NDP) government championed a climate action plan which pushed for sustainable energy and an end to coal pollution in Alberta by 2030. Her government simultaneously advocated for constructing the Trans Mountain Pipeline to move crude and refined oil from Edmonton to Burnaby, B.C. 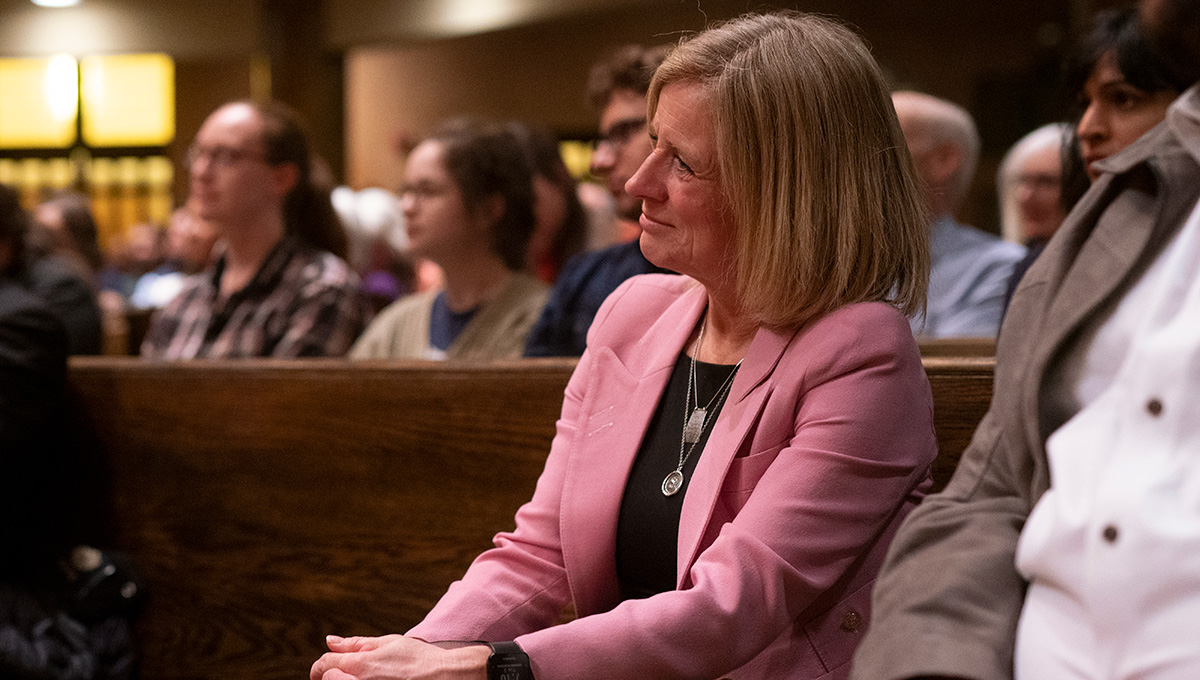 Their approach started a national dialogue about more than just Alberta demanding pipelines from Ottawa.

Notley made her case at the Carleton Dominion-Chalmers Centre during the 28th annual Dick, Ruth, and Judy Bell Lecture on Tuesday, March 3, 2020. Her lecture touched on her government’s efforts and considered the current rail blockades and the economic slowdown and political polarization affecting Indigenous reconciliation.

“Everyone knew there was no way the status quo would ever lead to better jobs for Canadians today or a better environment for our kids tomorrow,” she said.

Her NDP government was formed amid that shift, which included a shale gas revolution in the United States. Overnight, Canada’s single biggest energy customer became its greatest competitor. “The price of oil was in freefall and we weren’t ready,” she said.

But her caucus of four MLAs also ran a campaign that committed to protecting education and services, increasing taxes for the wealthy and creating jobs. An evidence-based climate action plan was another promise that boosted her caucus to 54 MLAs on election night in 2015. 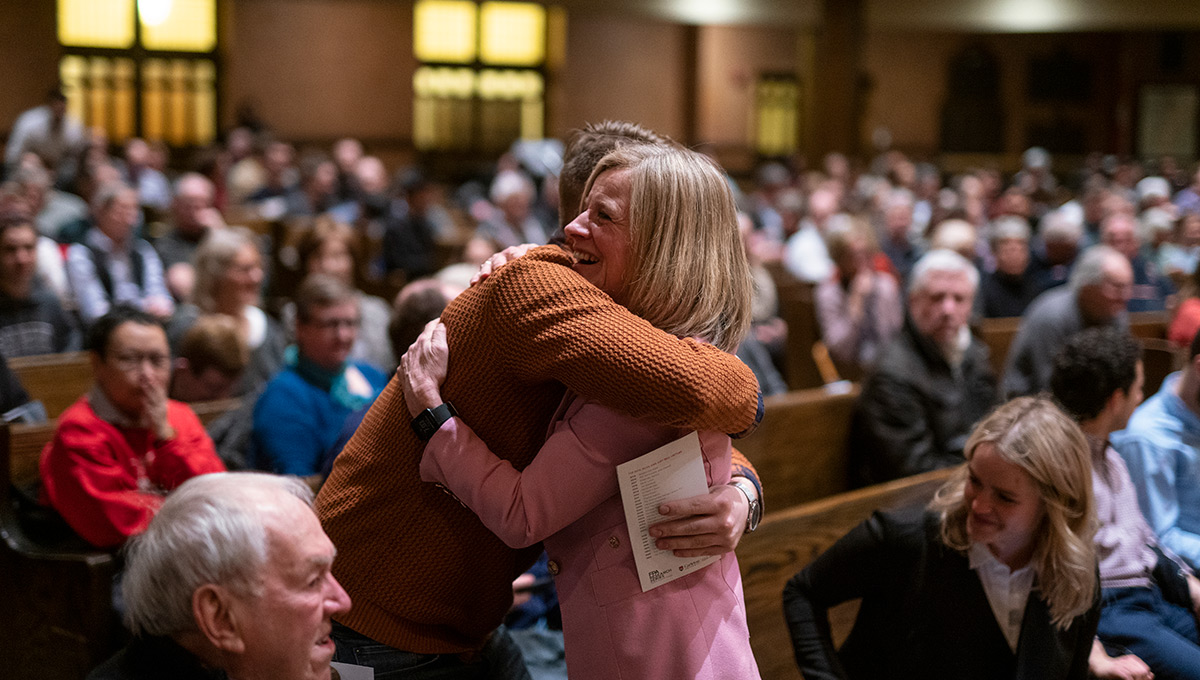 Albertans embraced the first NDP government in the province’s history, she said, but by June 2016, 100,000 people in the energy sector had lost their jobs.

Minimal federal support for the oil and gas industries compounded a feeling among Albertans that the rest of Canada outside of Ontario and Québec didn’t really seem to matter.

“[But] even in our frustration, Albertans understand that we need to work together,” she said. “We need to wake up from this East versus West trap. We need each other. There are no good reasons to break up Canada.”

The “ridiculous talk of separation” was not supported by the majority of Albertans, said Notley. She argued that current Premier Jason Kenney prioritized this kind of short-term political manipulation over long-term goals. Canada could not progress while cynicism and polarization were her province’s regular political strategies.

Notley also stressed the need to devote all the time, patience and resources necessary to make progress for Indigenous sovereignty and reconciliation. Reconciliation will only be real if Canada’s prosperity and growth helps its Indigenous people to lower poverty rates, bring clean water to reserves and address systemic racism and social inequality.

“In the last month, we’ve seen blockades thrown up across the nation, jeopardizing our economic prosperity,” she said, “while also demonstrating that we have some very serious unfinished business to attend to as it relates to Indigenous people in this country.” 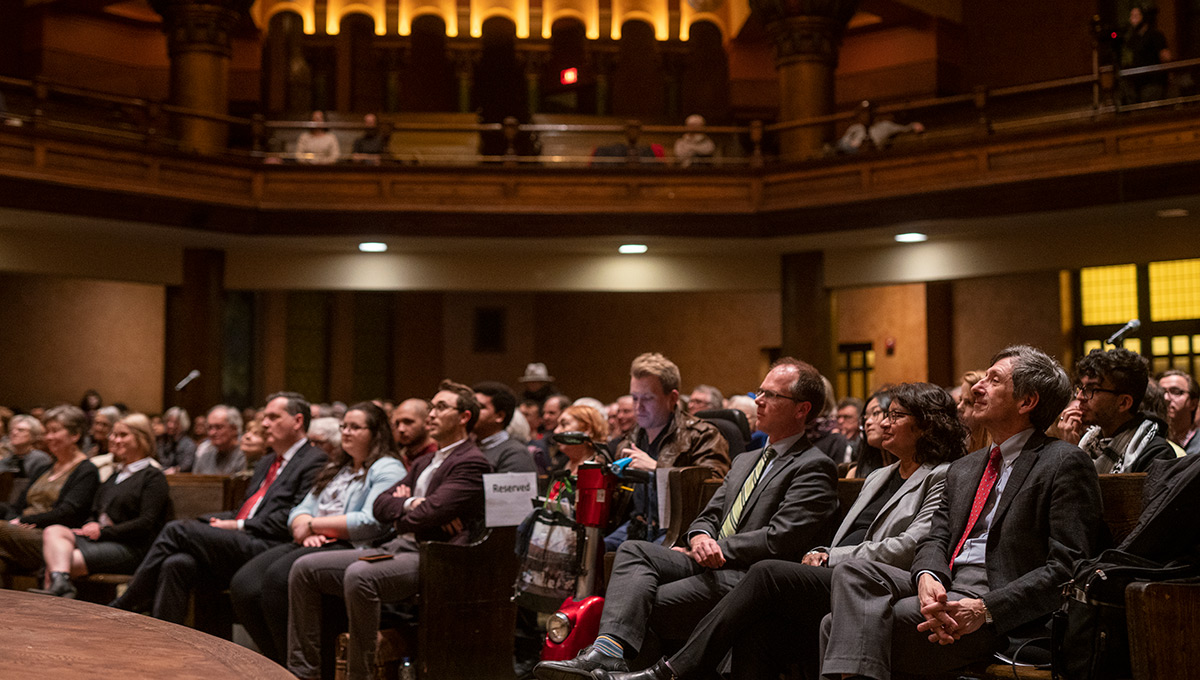 The Birth of the Dick and Ruth Bell Lecture

“Talks like the one we’re about to enjoy tonight both enrich our academic mission and contribute to the greater good in our community,” said Carleton President Benoit-Antoine Bacon in welcoming several hundred attendees.

“I want to sincerely thank the Bell family for making this outstanding lecture series possible.”

Ruth Bell, a pioneering humanitarian and advocate for the status of women in Canada and the world, was a researcher, economist, academic administrator, political science lecturer and civic activist. She was committed to Canadian public affairs, but particularly to “the full and equal engagement of women in Canadian public and economic life,” according to a commemorative plaque in Carleton’s Department of Political Science, where she received her MA in 1965. 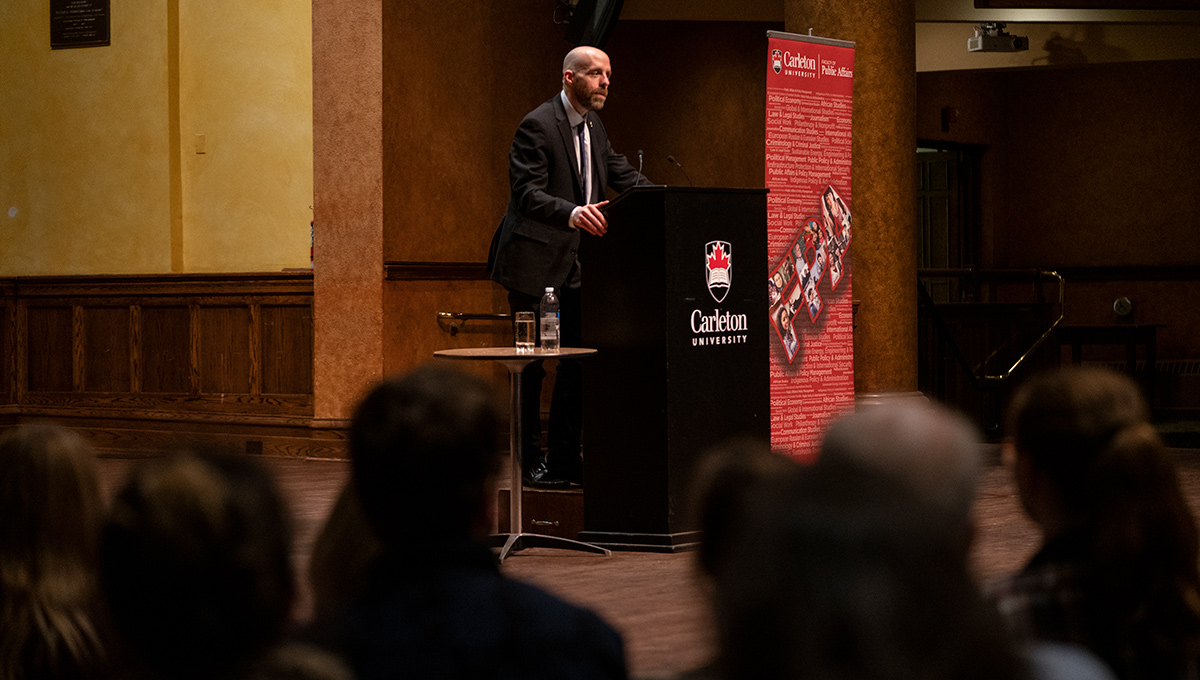 In 1963, she married Richard “Dick” Bell, the four-time Conservative MP for Carleton from 1957 to 1968. He was minister of Citizenship and Immigration in 1962 and 1963 under former prime minister John Diefenbaker and served on Carleton’s Board of Governors and executive committees from 1974 to 1983.

After his death in 1988, Ruth initiated the Dick and Ruth Bell Lecture in 1992 with funds and instructions from his will. The lecture was established to support and educate young people on Canadian public and political affairs. Following the untimely death of Dick’s daughter in 2000, the lecture was renamed to include Judith “Judy” Bell, who was a lawyer, lecturer and judge on the Supreme Court of Ontario.

Notley was the second NDP leader to deliver the Bell lecture, following former Saskatchewan premier Roy Romanow in 2001. After a law career focused on labour law, workers’ compensation advocacy and workplace health and safety issues, Notley became the member of the Legislative Assembly of Alberta for Edmonton-Strathcona in 2008. She became leader of the Alberta NDP in 2014. 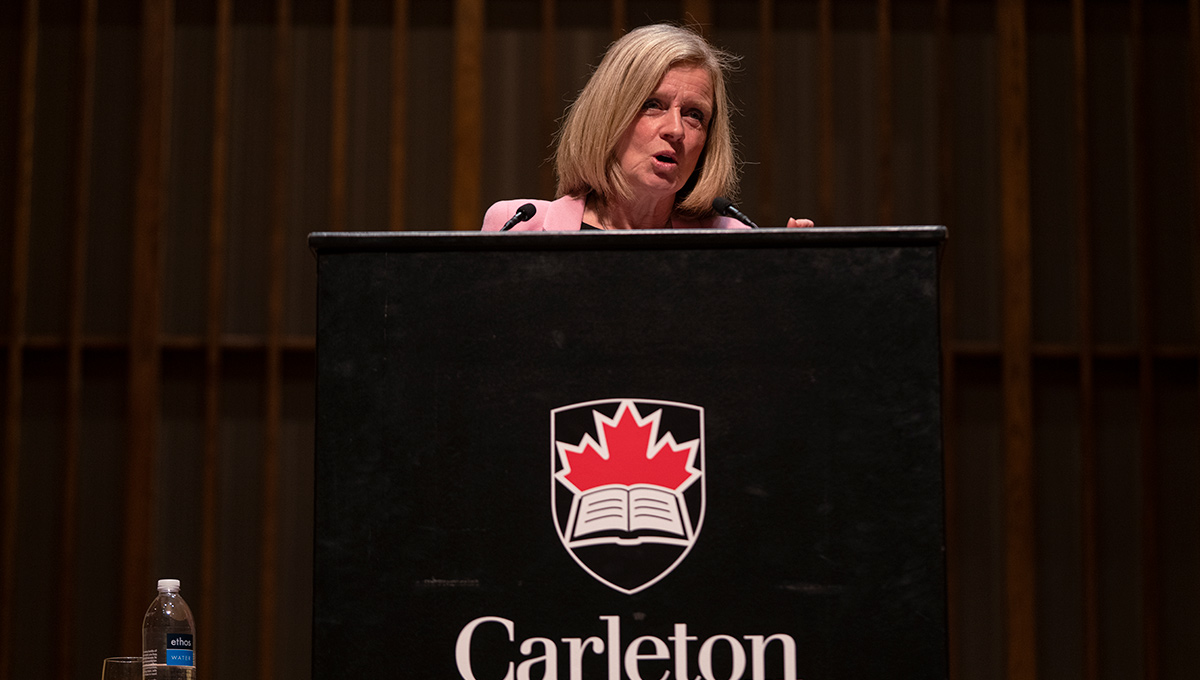 “In 2015, she defeated the Progressive Conservatives who had been in power in Alberta since 1971 and was sworn in as Alberta’s 17th premier,” said Mary Francoli, associate FPA Dean and the director of the Arthur Kroeger College of Public Affairs.

“In 2015, she defeated the Progressive Conservatives who had been in power in Alberta since 1971 and was sworn in as Alberta’s 17th premier,” said Mary Francoli, associate FPA Dean and the director of the Arthur Kroeger College of Public Affairs.

Notley argued that making life better for working people, bolstering schools and hospitals, and tackling a changing climate would not come free. She believes that Canada and its provinces must diversify their economy and that governments have to support that diversification.

“There are those who are going to argue that Canada’s contribution to global emissions is small, relatively speaking, and therefore we should wait for somebody else to take the lead. But we are a country with relative prosperity, high education and a stable and robust democracy. If we can’t figure this out, how can we expect anyone else to?” 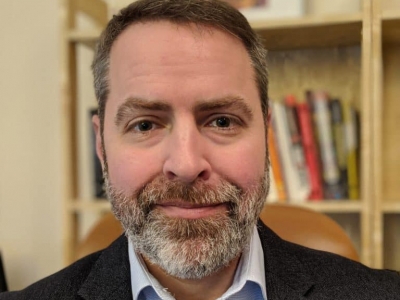 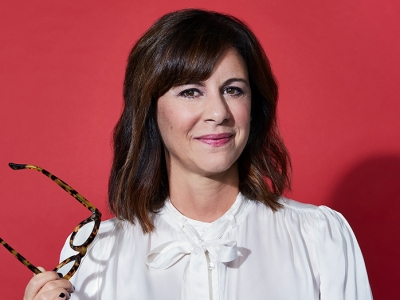 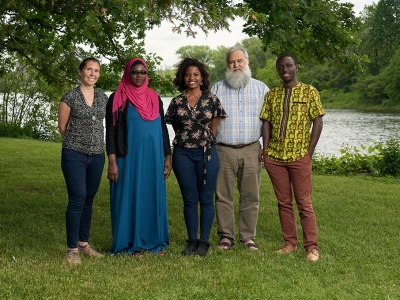