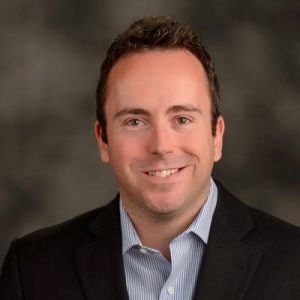 “I’m very passionate about research,” says Louis-Philippe Beland, a professor in the Department of Economics. Beland was awarded the FPA Research Excellence Chair in 2020 at the assistant professor level. “The Chair has allowed me to speed up my research. I’m so pleased with all of the research support offered by the Faculty of Public Affairs. It’s a wonderful environment for researchers.”

“Louis-Philippe’s work on the effects of traffic, health care and social interventions shows their direct impact on the lives of citizens,” says Brenda O’Neill, Dean of the Faculty of Public Affairs. “We are proud that the FPA Research Excellence Chair will be supporting such important research.”

Beland’s interdisciplinary research provides insight into important public policy issues. Traffic, Judges and Immigration Decisions received a SSHRC Insight Development Grant in 2020. The project explores the economic consequences of increasing traffic and congestion in urban cities. The study will look at how productivity by judges and the immigration decisions they make are affected by traffic in their morning commutes.

“Judges have been shown to be affected by their emotions and are stricter following stressful events or disappointments,” says Beland. “Traffic has also been shown to negatively impact mental health outcomes. It causes lost time, pollution, affects housing prices, health and emergency response time.”

In previous work, Professor Beland documented various externalities to traffic, including the negative emotional cues associated with unexpected high traffic and its link to domestic violence. He also documented the cost of traffic on the work of first responders. His research shows that traffic slows down the time of arrival to an incident, with serious consequences.

Another project, “Affordable Care Act Expansion, Foster Care and Child Neglects,” looks at the importance of health care on child abuse and foster care admissions. In this study, Beland investigates the causal relationship between access to health care on foster care admissions and child neglect in the United States, following state decisions to expand Medicaid coverage after the Affordable Care Act.

Other current projects include investigating the impact of a coaching intervention in high school on youth crime and several works on the negative effects of COVID-19 on different outcomes. In 2020, Beland published The Short-term Effect of COVID-19 on Self-Employed Workers in Canada in Canadian Public Policy.