A few weeks ago, after mulling it over for a while, the Institute for Research on Public Policy (IRPP) joined Instagram.

The respected think tank, which produces research that informs debate about policy issues in Canada, knows that millennials constitute a significant part of its audience. It needs to go where they are.

It may seem incongruous for a 49-year-old non-profit that shares rigorous peer-reviewed research with government, academia, media and the general public—non-partisan, evidence-based information in an era when this is an increasingly elusive commodity. 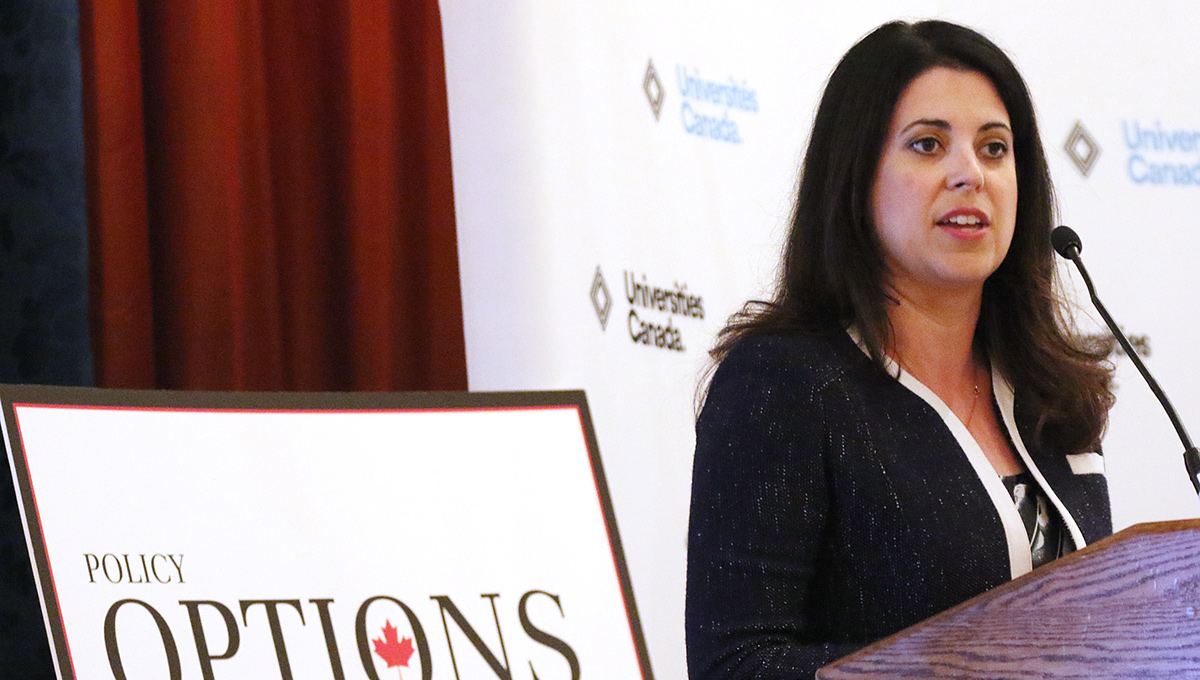 It’s anything but for Jennifer Ditchburn, a Carleton University graduate and veteran journalist who became the IRPP’s president and CEO on June 1.

Ditchburn, who worked as a national political reporter for The Canadian Press and CBC, earned a mid-career master’s degree in journalism and spent the past five years as editor-in-chief of the IRPP’s influential digital magazine, Policy Options, believes that knowledge must do more than sit on a shelf or bounce around an echo chamber.

For the IRPP to achieve its goal—to be useful to policy-makers who are addressing the most pressing issues in the country—it needs to engage with the real world.