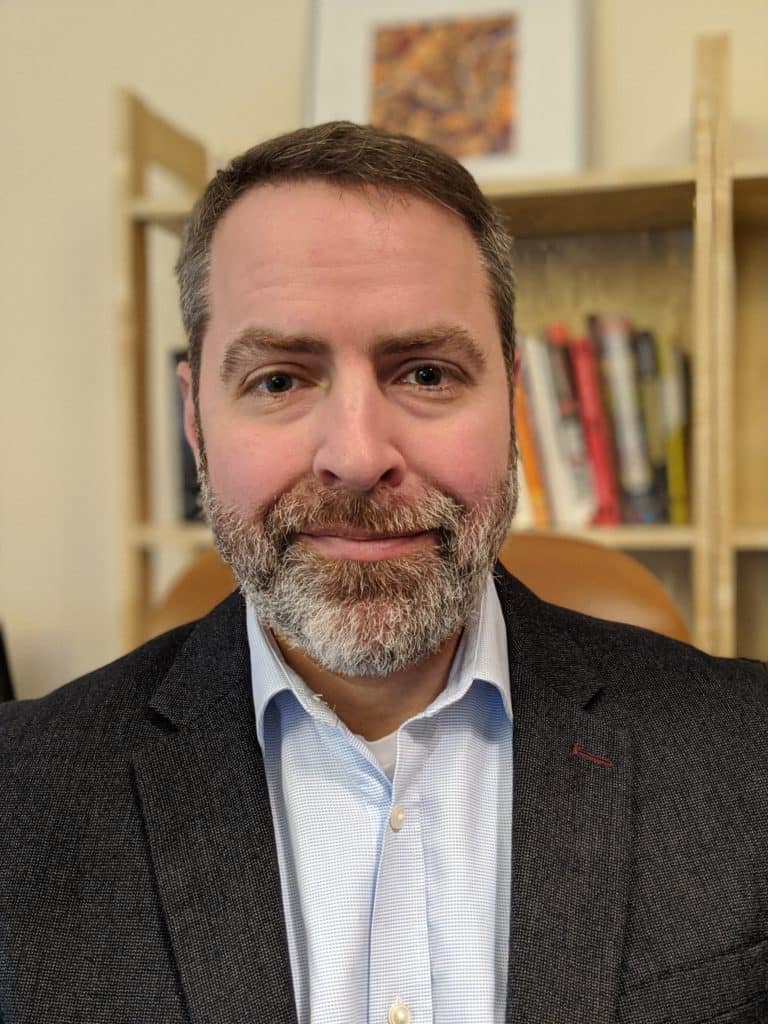 Paul Goode has been named as the inaugural McMillan Chair in Russian Studies, located in the Institute of European, Russian and Eurasian Studies (EURUS) at Carleton University. Goode is a global leader on the study of “everyday nationalism” and center-periphery relations in Russia. He brings an exciting research agenda to Carleton, including a focus on the role of Artificial Intelligence (AI) on Russia’s geopolitical competition and national identity. Goode brings with him a wealth of teaching experience, as well as the editorship of Communist and Post-Communist Studies, a leading journal in the field.

“We were delighted to attract a star candidate like Paul to EURUS and Carleton,” says Jeff Sahadeo, EURUS director. “He is an internationally-recognized and well-published scholar in the field of Russian politics with deep connections in Russia that will benefit his colleagues and students alike. He will enforce EURUS as a global leader in the study of the region.”

Goode’s research focuses on everyday nationalism in Russia and the legitimation of authoritarian rule under President Putin. He seeks to understand the meaning and appeal of state-led nationalism (publicly presented as patriotism) for Russian citizens. He has found that Russians’ sense of patriotism is apolitical. It does not, as is commonly believed, reflect principled support for the regime, a fear of coercion or a desire for patronage.

Rather, citizens “perform” patriotism in the absence of alternatives and “spirals of silence” in the media and public life. He recalls these views being crystallized in a recent conversation with a St. Petersburg taxi driver. The driver, an ardent nationalist, took a dim view of domestic policy, viewed the government as corrupt at every level and saw little prospect for change. At the same time, he valued Putin for making Russia respected internationally and for standing up to the U.S. Goode is now examining how everyday nationalism intersects with the COVID-19 pandemic.

Goode says, “I am truly excited to be joining EURUS. The Institute has an incredible concentration of expertise and excellent students that make for a stimulating and collegial environment. I’m grateful to Carl McMillan for making this Chair possible and to my new colleagues in EURUS for their trust and support.”

The McMillan Chair emerged from a generous donation from Professor Emeritus Carl McMillan.  Professor McMillan was one of the first directors of EURUS and spent 30 years as a professor at Carleton. His love of Russia stemmed from a diplomatic posting in Moscow at the height of the Cold War. Professor McMillan has been a beloved mentor and supporter of EURUS over the decades.

The Chair comes into existence at a critical juncture, notes Goode: “Perhaps more than any time in the last 30 years, there is an urgent need for scholarly cooperation and public outreach to foster understanding of the political and social developments in Russia and Eurasia. In EURUS, the McMillan Chair will be a hub for academic research and collaboration on Russian politics while continuing to fulfill the Institute’s public mission.”

Professor Goode looks forward to involving students, fellow Carleton researchers and the outside community in his new project on artificial intelligence and digital surveillance in Russia. AI cannot help but challenge nationhood and national boundaries as sovereignty increasingly depends upon access to, and control of, massive reserves of population data. He will also continue his active involvement in policy issues and public debate over Russia.

A native Texan who finished his PhD at Oxford University, Goode has arrived in Ottawa in winter, in the middle of a pandemic. Now out of quarantine with his wife and awaiting a reunion with his two dogs, he looks forward to exploring the National Capital Region, a return to a sense of normality and to working in his own office on Carleton’s scenic campus.