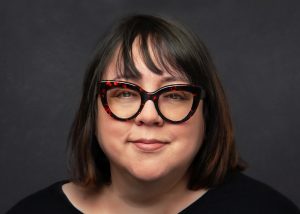 The Charity Insights Canada Project, a national project that will survey charities on a weekly basis, is currently recruiting participants from across Canada. Paloma Raggo, who teaches in the Master of Nonprofit Leadership Program in the School of Public Policy and Administration, says her team of co-op students have had to draw on their communication and marketing skills as they reach out to charities of different sizes.

“It’s quite the challenge because some charities don’t actually have emails, some don’t have phone numbers, and many don’t even have employees,” explains Raggo, the project’s principal investigator. “Sometimes they say, ‘I’m so small. Why would you be interested in me?’ But this project is a chance to make sure their voices are heard, as well as those of the larger charities that are better known.”

The project, known as the Charity Insights Canada Project- Projet Canada Perspectives des Organismes de Bienfaisance (CICP-PCPOB) is funded by a transformational investment of $3.4 million from the Muttart Foundation based in Alberta, the Lawson Foundation and the Metcalf Foundation both in Ontario, and the Vancouver Foundation in British Columbia.

The idea stemmed from the absence of national real-time data on the health of the nonprofit sector during the Covid pandemic. Raggo proposed using the same kind of quick surveys that you find on social media to take the weekly pulse of 1,000 randomly selected charities.

“The idea would be that on Wednesday, we send them a quick survey with two questions and then post the results on our website the following Friday,” explains Raggo. “The data generated will support the sector by assisting policymakers in making decisions and expanding knowledge of the nonprofit sector for all stakeholders, including the general public.”

Raggo credits private foundation support for enabling her to take an unconventional approach with her project. In 2023, she is organizing a data summit with the Faculty of Public Affairs to present the findings of the year-long surveys and discuss important issues that emerged, along with the future of the project. All the participants and the broader community will be invited to attend.

“We are hoping to create special task forces to provide support, particularly in remote areas that will ensure we have a diverse pool of voices,” says Raggo. “Our goal is to bridge the gap between academia and the community.”