The Faculty of Public Affairs celebrates Throwback with FPA Currents, an annual lecture at the intersection of politics, policy, journalism and current affairs. The 2017 Lecture “How Resurgent Nationalism is Reshaping Economics and the World” will be presented by Greg Ip of the Wall Street Journal.

The name of the series – FPA Currents – has several overlapping meanings. Firstly, it is held in Richcraft Hall which is adjacent to the Rideau River – hence the “Currents.” As well, it is an event that is squarely focused on current affairs and the Faculty thinks of currents as “moving forward,” which ties in to FPA’s five-year plan called “Moving FPA Forward.” 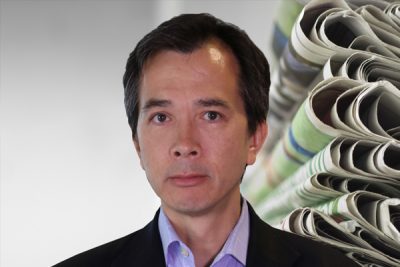 Greg Ip is an award-winning economics journalist for the Wall Street Journal and the author of Foolproof: Why Safety Can Be Dangerous and How Danger Makes Us Safe. Mr. Ip has built his career on the knowledge he gained while pursuing a double major in journalism and economics at Carleton. He was named one of FPA’s 75 for the 75th. Read his story.

“How Resurgent Nationalism is Reshaping Economics and the World”

Nationalist movements are resurgent, most notably in Britain’s vote to leave the European Union and the election of Donald Trump in the U.S. but also in China, India and eastern Europe. Blending language, culture and ethnicity, the new nationalism coincides with and reinforces the declining influence of elite opinion, whether academics, scientists or journalists. From his perch in Washington, D.C., Greg discusses the origins of these trends, how durable they are, whether Canada will join them, and what it means for economists and journalists.

If you missed the event, you can watch the video.