Author Meets Readers – Unbound in War? International Law in Canada and Britain’s Participation in the Korean War and Afghanistan Conflict

Author Meets Readers invites Carleton students and the community to join an informal discussion on new books published by members of the Carleton University Faculty of Public Affairs. 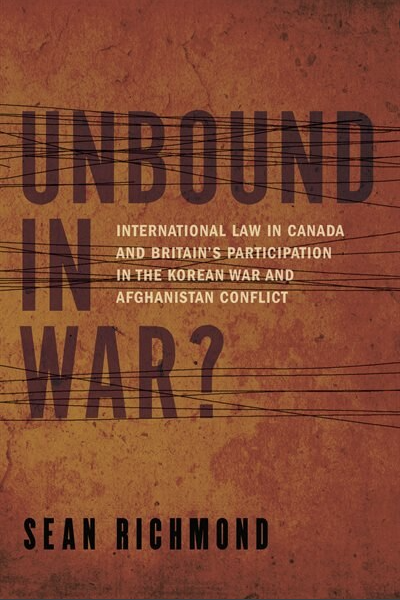 In Unbound in War?, Sean Richmond examines the influence and interpretation of international law in the use of force by two important but understudied countries, Canada and Britain, during two of the most significant conflicts since 1945, namely the Korean War and the Afghanistan Conflict. Through innovative application of sociological theories in International Relations (IR) and International Law (IL), and rigorous qualitative analysis of declassified documents and original interviews, the book advances a two-pronged argument.

First, contrary to what some dominant IR perspectives might predict, international law can play four underappreciated roles when states use force. It helps constitute identity, regulate behaviour, legitimate certain actions, and structure the development of new rules. However, contrary to what many IL approaches might predict, it is unclear whether these effects are ultimately attributable to an obligatory quality in law. This ground-breaking argument promises to advance interdisciplinary debates and policy discussions in both IR and IL. 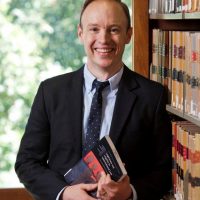 Sean Richmond is a Canadian lawyer and academic who researches, teaches and advises in the areas of international law and international relations. He joined the Department of Law and Legal Studies at Carleton University in July 2018, where he teaches Public International Law; the Criminal Justice System; and Law, State and Citizen. Prior to this position, Sean was the Special Advisor to Canada’s Legal Adviser at the Department of Foreign Affairs, and a Legal Officer in the United Nations, Human Rights and Humanitarian Law Section. He also taught at Carleton’s Norman Paterson School of International Affairs.

Stephanie Levitz is a journalist with the Toronto Star who covers federal politics in Ottawa. She previously spent more than a decade reporting on Parliament Hill for The Canadian Press. A regular political panelist on CTV, Levitz was part of a team that won a National Newspaper Award for coverage of the shooting on Parliament Hill in 2014. She also spent four years in CP’s Vancouver office, where she led coverage of missing women from the city’s downtown east side and twice travelled to report on Canada’s involvement in the war in Afghanistan. She went to McGill University and is a graduate of Columbia University’s School of Journalism.

Chris Penny is an Associate Professor in the Norman Paterson School of International Affairs at Carleton University.  His research examines the content and role of international legal principles governing the use of force.  He has published numerous journal articles and book chapters in the field, along with two edited volumes.  Professor Penny also recently retired from a position as a reserve legal officer with the Canadian Armed Forces where, among other things, he served as a member of Canadian delegations to numerous multilateral treaty negotiations and as a legal advisor to military operations in Afghanistan and Libya.  In 2010, he was awarded the Meritorious Service Medal by the Governor-General of Canada in recognition of his contribution to the negotiation of the Convention on Cluster Munitions.

Mélanie Bejzyk is Deputy Director (diplomatic law) in the Criminal, Security and Diplomatic Law Division at Global Affairs Canada.  A graduate of Oxford University, she has expertise and experience in the international law of armed conflict and human rights. Prior to her current position, Ms. Bejzyk was a Legal Officer in the Oceans, Environment and Aerospace Law Division, served abroad as First Secretary (Political Affairs) in Canada’s Embassy in France, and worked in the Directorate of International and Operational Law in the Office of the Judge Advocate General.  She has also helped represent Canada in treaty negotiations at the United Nations.

This event is part of the Ottawa International Writer’s Festival.

Registration
Should you require disability-related accommodations, please contact fpa-events@carleton.ca . The event venue is accessible with a small ramp to enter.

Author Meets Readers – Canada’s Past and Future in Latin America