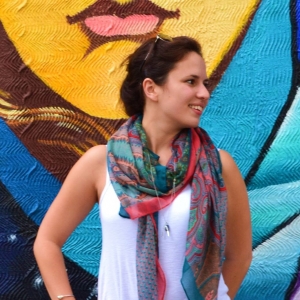 Length of time in this role: 4 years

Snapshot of your work duties:

While I am a civilian employee, I am embedded with the Canadian Armed Forces (CAF). On a day-to-day basis, I conduct evidence-based research to advise military planners and commanders and support their decision-making process on key strategic and operational issues.

I see my position as bridge between academia and the defence community.  I have the chance to do a lot of external engagement, while also directly supporting the CAF. For instance, I am currently co-authoring a book on the future of Arctic security with colleagues from the U.S. Naval War College and the U.S. Marine Corps. At the same time, I support the internal force development process, focusing on strategic outlook for CAF operational commands, and I provide reach-back support to current military operations.

I am the Vice-Chair of Women in International Security – Canada, a guest lecturer at the Canadian Forces College, and I work as a consultant for the Royal Canadian Mounted Police on security sector reform and peace operations. During my doctoral studies, I was a Fulbright research fellow in the International Security Program at the Harvard’s Belfer Center for Science and International Affairs (2014-2015). I also conducted extensive field research in Haiti and El Salvador between 2012 and 2015, looking at the consequences of security sector reform on public order and violence.