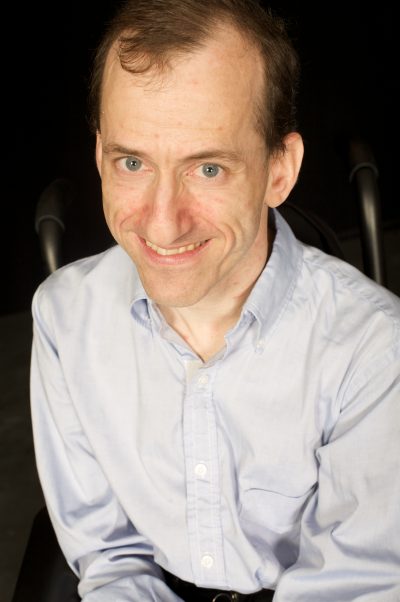 Alan Shain is a multi-disciplinary artist and the Disability Arts Officer at the Canada Council for the Arts.

Alan Shain has always believed strongly in the power of the arts to affect social change. He started acting in high school in Montreal and went on to tell stories at local storytelling events. It was during his undergraduate degree at Carleton University when he entered his first stand-up comedy contest.

“I stood up to juggle socks, lost my balance, and promptly launched myself off the stage into someone’s lap,” recalls Shain. “That ironically ‘launched’ my stand-up career.”

Shain has cerebral palsy. Confronting attitudes around disability has provided lots of material, as well as a focus for his humour and his activism.

“I was always driven by activism. I started performing as a way to change attitudes and to challenge the way disability is framed as an individual problem rather than a social and political problem,” says Shain, who is a multi-disciplinary artist working in comedy, theatre, dance and storytelling. “You can be funny about anything, but I wanted my comedy to be critical about institutional practice and the whole culture around disability.”

For instance, Shain jokes about public perceptions of disability. He mocks that his shows will answer burning questions such as, “Do wheelchair-people ever go to the bathroom?”, “Are wheelchair-people all related to each other?” or “Do they ever think about sex?”

In his semi-autographical one-man play, Still Waiting for That Special Bus, he uses comedy to tell the story of a man who is waiting for an accessible transport bus to take him to his date.

“The play addresses the isolation that disabled people face—not directly because of disability, but because of the barriers they often face in trying to be part of the community,” says Shain, who has staged the play in several countries. “The character meets someone who wants to go on a date with him, but he can’t physically get to the date. It’s framed around the barriers we have to meeting people, such as inaccessible bars and the lack of access to transportation.”

In fact, Shain’s experience with public transportation led him to help form a group that challenged the City of Ottawa in the 1990s to purchase wheelchair-accessible public buses—as required by law. The campaign’s efforts were successful.

In 1998, he decided to further enrich his understanding of disability in our society by pursuing a Master of Social Work degree.

“I specifically chose Carleton because of Professor Roy Hanes, one of the only professors in Canada at the time who focused on the politics of disability within social work policy and practice.” says Shain. “He was challenging the way disability was typically approached.”

Shain says his degree provided more depth for his activism, playwriting and performing.

“I developed more understanding around power structures and institutional practices and how that impacts individual choices and opportunity,” he explains. “I always want my comedy to be focused on those things, so this deeper analysis formed the basis of my artistic practice. It helped me focus on exactly what I wanted to talk about.”

There are many measures of Shain’s success in the arts. He has won numerous awards and grants; co-founded Propeller Dance, an integrated dance troupe for artists with and without disabilities; and he’s the Disability Arts Officer at the Canada Council for the Arts, working on policy.

But his own measure of success is more grounded in the connection he is able to establish with each and every audience through comedy and laughter, evoking a more critical understanding of the politics of disability. 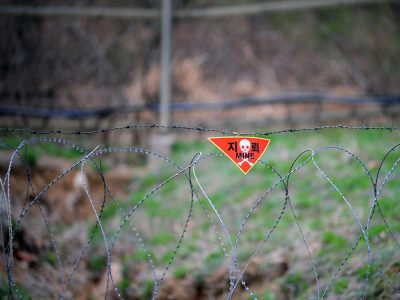 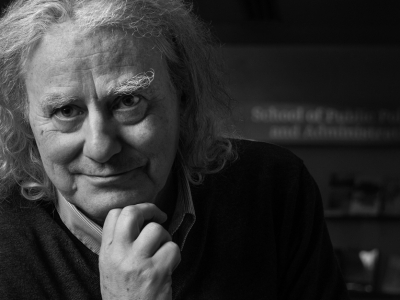 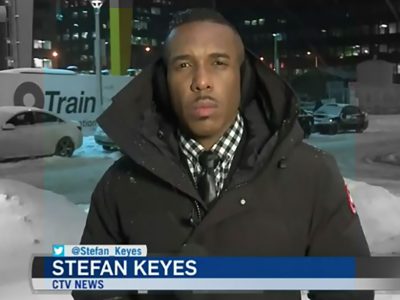 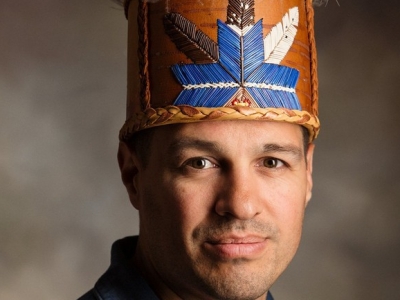