Brenda O’Neill, the new dean of the Faculty of Public Affairs at Carleton University, has served on numerous university, faculty and departmental committees, as well as serving on several boards, evaluation committees, juries and professional associations.

“I encourage faculty to see service as an opportunity to learn, participate and influence decisions,” she says. “We need diversity in university leadership. The tendency to see service as something to be avoided can serve to limit that diversity. I’ve always found that the rewards and benefits greatly outweigh the effort involved.”

O’Neill returns to her home province of Ontario from the University of Calgary where she served as chair of the Department of Political Science from 2012 to 2018. O’Neill says, “I’m thrilled to be at Carleton in the Faculty of Public Affairs. The Faculty and the University are involved in such wonderful and innovative research endeavours. There is just such an energy here. You can feel it.”

O’Neill grew up in Welland, Ontario, where she was active in all kinds of sports during high school, including rowing. She embraced the early morning practices on the water, long training runs on land and enjoyed racing in regattas on the Welland Canal. She is still an avid runner. She has completed one half-marathon and hopes to complete others in the future. “Running is important for both my physical and mental health,” she says.

Having relocated to Ottawa in September, with the fall leaves in full colour, she says, “I have already discovered the joy of running along the many trails throughout Ottawa, including the paths along the Rideau River and Rideau Canal which lead to Carleton’s campus.”

Academic Appointments and Love for Travel

O’Neill says she loves to travel and feels fortunate to be able to combine travel with academic research, conferences and appointments. She says, “There is something to learn and enjoy in every place I’ve been. A great part about being an academic is that travel can be built into what you do — not being able to travel has been a challenging aspect of the pandemic for many researchers.”

O’Neill has had the opportunity to travel during sabbaticals as well. She loved the time she spent as visiting fellow at the Australian National University in Canberra, enjoying runs around Lake Burley Griffin, even with the extreme heat. She has also been to overcast and rainy climates too — at the University of Edinburgh, for example, where she followed the Water of Leith pathways on her runs. 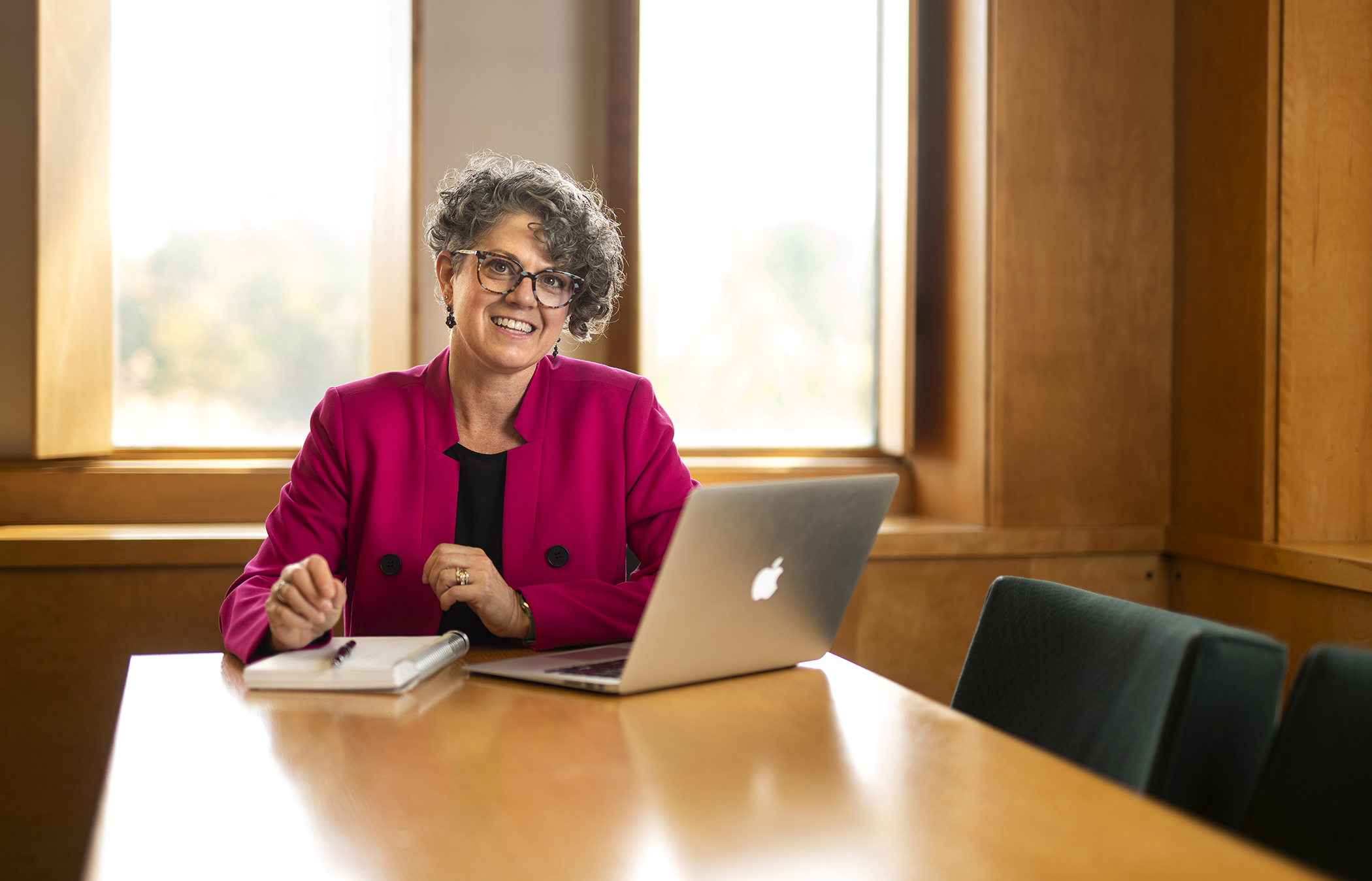 For the past three years, O’Neill served as the English-language editor of the Canadian Journal of Political Science. “It was a tremendous privilege to have served on the editorial team along with such talented colleagues at the University of Calgary. It was time-consuming and demanding work, but I learned so much about research in the discipline and journal publishing. I was also able to feed my love of copy-editing.”

Her specific research interests have shifted over time, but have generally focused on gender and politics and political behaviour. Her current projects include the attitudes and behaviours of individual Canadian feminists, gender and political party leadership in Canada and the changing nature of political and civic engagement. O’Neill says, “I’m generally interested in understanding what people think about politics and how they participate politically, and in trying to explain each of the two.”

She has authored and edited several books and her research has appeared in numerous journals, including Ethnic and Racial Studies, Political Studies, Party Politics, International Political Science Review and Politics, Groups, and Identities, as well as chapters in over 30 edited collections. Recently, O’Neill has examined gender and political party leadership and the role of feminist identification in shaping support for sovereignty among women in Quebec. She has held numerous grants that have supported her research, including six SSHRC grants.

O’Neill’s academic travel has included her children, but she has also been able to undertake research and publish with her husband David Stewart, a professor in the Department of Political Science at the University of Calgary and current president of the University’s faculty association. “We met 30 years ago while graduate students at the University of British Columbia. Sharing a love of the discipline brought us together, but being able to support each other professionally over the years has been so important.”

In 2018, they won the Jill Vickers Prize for best paper presented on gender and politics at the Meetings of the Canadian Political Science Association for “A Glass Cliff? Gender and Party Leader Tenures and Exits.” Together, she and Stewart investigate how gender factors into political party leadership selection and whether gender matters for leader selection, leader exits and leader tenures.

O’Neill explains, “What’s clear is that gender does matter, and gender stereotypes play a part in shaping women’s experiences as party leaders. Women are expected to act in gender stereotypical ways — ones counter to our understanding of what makes for a good leader — and are penalized for it.”

Being part of an academic couple also explains O’Neill’s appointments in a number of academic institutions over her career. She says, “It has not always been easy to find two academic positions in the same department in one university.”

O’Neill has a strong belief that if at all possible, individuals should follow their research and career passions. Her two adult children have had the privilege of being able to afford to follow this advice. Rachel Stewart is an opera singer with degrees from the University of British Columbia and the Manhattan School of Music who is currently teaching voice and leading a small choir — virtually — in Toronto. Aidan Stewart, a recent graduate in computer science from the University of Calgary, is currently working for with a small company that custom configures computers, software and servers in Calgary.

O’Neill says the support of her family throughout her career has been tremendous. “This was especially evident when I told them I wanted to move across the country to take up this position. Their support has been incredibly important to me and to my ability to take on this role.”

Teaching is the Heart of the University

While O’Neill loves researching and travelling, she says teaching has been equally important. She has taught undergraduate and graduate courses ranging from quantitative methods and statistical analysis to elections and voting behaviour, women in Canadian politics and public opinion.

“A focus on research, grants and publications can sometimes come at the expense of teaching, which I’ve always found troublesome,” she says. “Teaching is the heart of the university and is so important to the student experience. I’ve always believed that my research was stronger because of my teaching and interactions with students.”

Working with students to further their research projects and theses is an investment in time and energy, but O’Neill says the rewards derived from these experiences are incalculable. Helping students to discover the joy of undertaking research on a topic that they are passionate about is one of the privileges of an academic career.

As a new member of Carleton’s community (having just started her position October 1), O’Neill is quickly learning about FPA’s departments, schools and institutes. She is also eagerly learning about the Faculty’s programs and research activities.

Although she cannot meet in person on campus right now, she is looking forward to meeting with members of the community virtually, to get to know individuals and to learn more about the goals and priorities of the Faculty. “Especially during this time, when our community can feel isolated from one another, maintaining connections — even online — is incredibly important.”

O’Neill says one of the key priorities during her tenure will be to increase external recognition of the Faculty’s reputation and strengths. “I’m prepared and eager to work hard alongside our students, faculty and staff to make this happen,” O’Neill says. “I simply love what I do. And I am convinced that this is exactly where I should be at this time.” 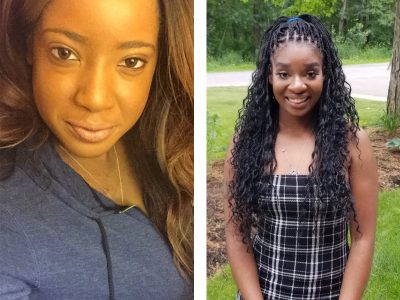 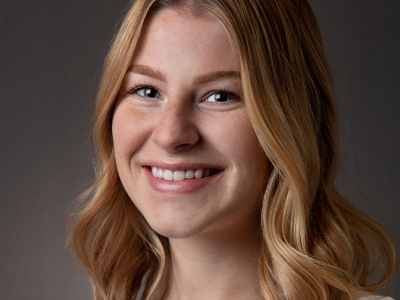 In high school, Kayley Lenders planned to study health sciences and perhaps go into nursing. Then she saw an advertisement for a new degree at Carleton—the Bachelor of Global and International Studies (BGInS). “I took... More 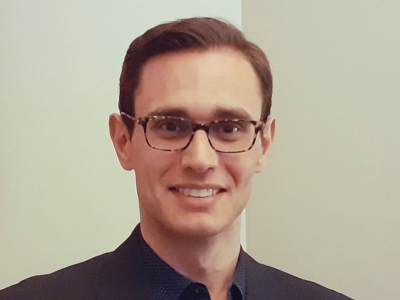