As a student in the Norman Paterson School of International Affairs (NPSIA) in 1978, Peter Boehm was working on his master’s research project, which compared the foreign policy agenda of Pierre Trudeau to that of Lester Pearson. On a whim, he thought he’d send a letter about his research to then-Prime Minister Trudeau.

“I never expected a response and then a three-page letter arrived from the Prime Minister. I was thrilled,” recalls Dr. Boehm, who includ­ed the response in his final paper. “Little did I know, I would end up working for his son.”

“The sherpas prepare the way to the summit—the language, the documents, the communiques—so the leaders know the various positions in advance,” says Dr. Boehm, who made several trips to Japan in preparation for the G7 summit there in May 2016.

“Whenever there’s a crisis, you don’t know where it’s going to go. It could be terrorism or a plunge in the markets,” he says. “I am there to provide the best advice I can by looking at the issues from all sides and then presenting the options. Once they’ve decided, we implement.”

Much of Dr. Boehm’s expertise comes from his experience with almost every imaginable file—from malaria to cross-border security to Indigenous issues. It’s also drawn from his 18 years living abroad as a member of the Foreign Service.

“One of my first assignments was in Havana, where I lived for three years with a young family. At that point, I was still struggling to fig­ure out what this career was all about,” he recalls. “If you had told me then that I would someday be a deputy minister, I wouldn’t have believed you.”

Not only did Dr. Boehm work in Cuba, Costa Rica and the U.S. embassy, he also served as Canada’s Ambassador to Germany, as well as Ambassador to the Organization of American States.

“There’s no better job out there. You go abroad, you represent your country and you have that stimulation of changing your job every couple of years. You get a fresh start,” says Dr. Boehm.

While he couldn’t have imagined eventually being an ambassador or a deputy minister, Dr. Boehm says the seeds were planted during his time at NPSIA.

“It was pivotal in terms of what I ended up doing, even though I didn’t know it at the time,” he recalls. “I developed the intellectual curiosity and the research skills to put a project together, which I now draw on for memos to Cabinet or submissions to the Treasury Board.”

His experience in NPSIA also helped him win a Commonwealth Scholarship to the University of Edinburgh, where he earned his PhD in History. That, in turn, led to his first position in the Foreign Service. Dr. Boehm says he didn’t have a concrete plan for the fut­ure. Rather, he kept following his interests.

“There was some stumbling, but I knew I was interested in Cana­dian foreign policy, so I kept taking the assignments that interested me. That led me to where I am today,” he says.

Those assignments also changed the way he perceived his country.

“When you go abroad and look back at Canada, you realize that we truly live in a great country. It sounds sentimental, but I realized how much we can do in the world for those who are not as privileged as we are,” says Dr. Boehm. “I feel fortunate to have had that opportunity.” 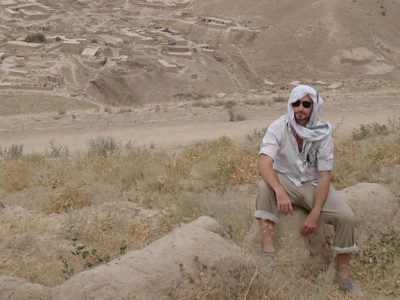 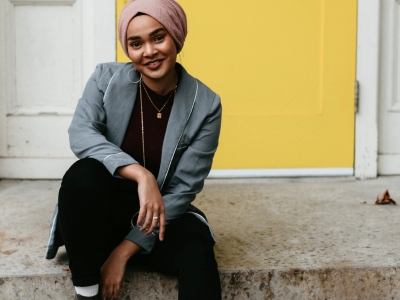 Priscilla Hwang School of Journalism and Communication: Master of Journalism I was inspired to write my Masters Research Project about the Christian minority in Tunisia after I spent a year learning Arabic in that country.... More