Urban geographies in the Global South; Geographies of education and youth; Political economy 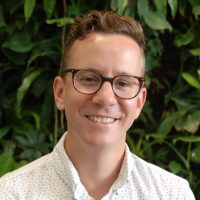 Urban geographies in the Global South; Geographies of education and youth; Political economy

I am a critical human geographer working primarily on issues of social and economic inequality in the Global South and South Africa in particular. My doctoral research at the University of Toronto examined the changing geographies of education in post-apartheid South Africa and new forms of social mobility, class formation and student resistance. Based on ethnographic research in Cape Town, one of South Africa’s most unequal cities, this research examined how youth from urban townships navigated access to higher education opportunities and their involvement in recent protests against student debt and racial inequality. I am broadly interested in understanding how young people navigate circumstances of social and economic insecurity. This has led me to study young people’s responses to long-term unemployment in South Africa, and how these are affected by spatial inequalities, stigma, workplace restructuring and informality.

More recently I have embarked on a SSHRC-funded research project on the financialization of social protection in Southern Africa with Dr. Deborah James at the London School of Economics. Titled ‘New Technologies of Poverty: Biometrics and Financial Inclusion in Southern African Cash Transfer Programs,’ the project provides comparative insights into the relationship between new forms of social welfare and the push for financial inclusion in developing countries through financial and biometric technologies.

Finally, I am working on a project that maps the geographies of international solidarity in the Canadian anti-apartheid movement of the 1970s and 80s. Based on oral histories and archival research, this project examines the impact and circulation of African anti-colonial ideas and struggles on Canadian activists and movements.

Before coming to Carleton, I taught at the Centre for Critical Development Studies at the University of Toronto at Scarborough and worked as a researcher at the International Development Research Centre. I am an editor of Nokoko: Carleton’s Journal of African Studies and a regular contributor to the website Africa Is A Country.