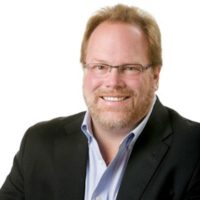 Dr. Ferguson’s research is focused on the functional regulation and activity of G protein-coupled receptors (GPCRs) as a consequence of their interactions with other proteins expressed inside and outside of the cell and how these interactions regulate both normal pathological cell signaling.  His current research efforts are primarily focused on the role of metabotropic glutamate receptor signaling in Huntington’s, Alzheimer’s and Parkinson’s disease, the regulation of serotonin receptor activity by corticotrophin releasing factor receptors in response stress with a goal of understanding the effect stress has on anxiety and depression behaviours, as well as understanding the molecular changes in GPCR signaling associated with hypertension.

Dr. Ferguson was the first to identify beta-arrestins as endocytic adaptor proteins for GPCRs and to show that they contribute to the coupling of GPCRs to G protein-independent signal transduction pathways.  His laboratory has extensively studied the mechanisms by which the internalization, intracellular trafficking and recycling alter GPCR activity and the consequence of these processes to physiological cell signaling.  He has identified novel mechanisms contributing to disease processes involved in hypertension, anxiety, stress and depression as well as neurodegenerative diseases such as Alzheimer’s and Huntington’s diseases.  He is investigating the role of PDZ proteins in contributing to maladaptive GPCR signaling receptors in stress, anxiety and depression and is developing small molecule inhibitors of these interactions as potential drug candidates. His lab is also currently investigating the utility of repurposing exist receptor antagonists for the treatment of neurodegenerative disease.