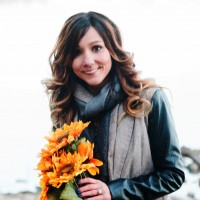 My doctoral project will examine how national museums in Canada, including the Canadian Museum of Immigration at Pier 21, the Canadian History Museum, the Canadian War Museum and the Canadian Museum of Human Rights, are engaging with intangible cultural heritage. Scholarly debate about intangible cultural heritage really began after 2003 when UNESCO adopted the Convention for the Safeguarding of the Intangible Cultural Heritage (UNESCO, 2003). This Convention marks the first time the global community recognized intangible modes of cultural expression and therefore has been regarded as encouraging a significant shift in the field of museology. Museums are, of course, apt at dealing with tangible objects given that they can collect, display, or archive them in storage. However, as cultural anthropologist Richard Kurin at the Smithsonian museum explains, “intangible heritage is by definition living, vital and embedded in ongoing social relationships” and therefore functions differently than material heritage. Kurin asks important questions such as whether (or not) museums can really safeguard intangible objects and yet he posits that “museums that see life around them may be better poised to account for it, react to it, and seek it as a cause for attention and maybe even a source of inspiration” (Kurin, 2004). My project will explore the potentials Kurin sees in museums as collectors, managers, custodians, and exhibitors of intangible heritage in Canada. I believe Canada is underrepresented in terms of our rich intangible cultural heritage. It may come as a surprise to some, but Canada is not even listed on UNESCO’s list of intangible heritage to safeguard (UNESCO, 2015). My research then addresses a gap in the literature concerning Canada’s cultural intangible heritage as it relates to museums.

I recently curated temporary exhibit based in oral history for the Dorval Museum of History and Heritage, entitled Survival and Resilience: A Tribute to World War II Veterans which opened September 2015. My master’s thesis, under the supervision of Dr. Steven High, was based on oral history at the Canadian Museum of Immigration at Pier 21. In the past I have also been a teaching assistant and a research assistant for SpokenWeb, a three-year SSHRC funded project.

Clarkson, Ashley. “The Gate of Remembrance: The National Field of Honour.” Published by The Last Post Fund, August 9th, 2010.