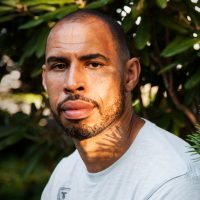 Daniel McNeil is an award-winning writer and Professor whose work brings together History, Diaspora Studies, Cultural Studies, and cognate fields of inquiry to explicate Black Atlantic cultures and politics. Following the publication of McNeil’s Sex and Race in the Black Atlantic – a book that disrupts the regimes of representation that have framed ‘mixed-race’ subjects as pathological objects and ‘post-racial’ icons – he was appointed the Ida B. Wells-Barnett Visiting Professor of African and Black Diaspora Studies at DePaul University. This position was created to honour the crusading journalism of Ida B. Wells-Barnett and support intellectuals with a proven track record of research excellence in African and Black Diaspora Studies.

He joined Carleton University in 2014 as its strategic hire in Migration and Diaspora Studies and an Associate Professor in History. In 2015 and 2018, he received Research Awards from Carleton for building sustained connections across the university and its local, national, and international partners. He is currently cross-appointed with the Department of Sociology and Anthropology, the Institute of African Studies, and the Institute for Comparative Studies in Literature, Art and Culture.

In 2018-19, McNeil was a Visiting Professor in the Department of the Humanities and Harriet Tubman Institute for Research on Africa and its Diasporas at York University in Canada. In 2019-20, he was the inaugural holder of the Public Humanities Faculty Fellowship at the University of Toronto. This Mellon-funded position is open to citizens of all countries who are tenured faculty members with a history of research achievement, the capacity to present their research across disciplinary and institutional boundaries, a demonstrated track record of bringing humanities research into the public realm for discussion, debate and examination, and a promise of continued excellence.

McNeil’s articles and book chapters have made significant scholarly contributions to Affect Studies, Black Atlantic Studies, Critical Mixed Race Studies, Critical Multiculturalism Studies, Critical Migration Studies, Film Studies, and Postcolonial Studies, amongst other fields.  His creative nonfiction has been published widely in leading journals of drama, literary nonfiction, and social justice, and he is the co-editor of Migration and Stereotypes in Performance and Culture, which equips readers with new methodologies, keywords and collaborative research tools to support critical inquiry and public-facing research in fields such as Theatre and Performance Studies,  Cultural and Migration Studies, and Applied Theatre and History.

McNeil is currently working on research projects that empower youth, students, and Canadian citizens more broadly to develop historically-informed and forward-looking approaches to multicultural arts, anti-racist education, and community-building practices. One of these projects is a shared online initiative between Carleton and the University of Ottawa to develop open educational resources on structural inequalities as they relate to mobility and immigration, learning and education, racism and racialization, social justice, and resistance and mobilization. These open educational resources will include modules such as: An Immigrant’s Guide to Canada, Mapping the African Diaspora in Canada, and Black Atlantic Arts, Activism and Aesthetics. The module on Black Atlantic History: An Interactive Timeline of Black Liberation and Decolonial Praxis builds on McNeil’s recent contribution to an edited volume on African American Arts: Activism, Aesthetics, and Futurity.

McNeil has recently completed an essay called “Wrestling with Multicultural Snake Oil: A Newcomer’s Introduction to Black Canada,” which will feature in Unsettling the Great White North: Black Canadian History,  a compilation of some of the latest and best scholarship in African Canadian, Canadian, and African Diasporic Histories that will be published by the University of Toronto Press. He is also developing articles and interviews on media, multiculturalism and Black radicalism for journals of communication and cultural studies, and completing a book about Black politics and popular culture in the post-civil rights era. Telling the story of an oft-overlooked political and cultural generation that came of age in the late 1960s and early 1970s, his forthcoming book brings together a dazzlingly eclectic cast list of soul rebels inspired by a civil rights movement and a seventies protest ethic, and offers striking insights into the structuring capacities of institutions such as the South End newspaper in Detroit, the Greater London Council and the Centre for Contemporary Cultural Studies at the University of Birmingham.

Supervisor. Victoria Bisnauth, “Witnessing the Violence of Modern Exile: An Examination of the Relationship Between the Image, the Spectator, and the Context of Photographs of Pain and Suffering,” Department of Law and Legal Studies, Carleton University, 2016.