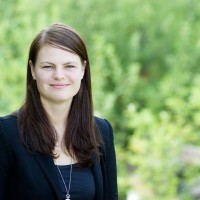 My doctoral research project concerns the provision of health care by the African National Congress (ANC) and its military wing, Umkhonto weSizwe (MK), during the struggle against apartheid in South Africa between 1963 and 1990. During this period the ANC and MK were exiled from South Africa, and in order to maintain unity and order in the exile movement and liberation struggle, the ANC developed a bureaucratic structure that included a health department. In the early 1960s, healthcare infrastructure was merely a simple clinic in rural Tanzania but by the late 1970s, the department had facilities and health delivery teams in Tanzania, Zambia, Angola, and Mozambique. The ANC also established networks of support and funding for its healthcare development initiatives through international anti-apartheid organizations and its communist allies. This research will culminate in the first full-length study of the activities, achievements and failures of the health department during the twenty-seven years the ANC was in exile. Further, I am interested in the ANC’s transition from exile to liberal democracy in 1994; the ANC struggle-era health department shaped the development and implementation of today’s healthcare system in South Africa.