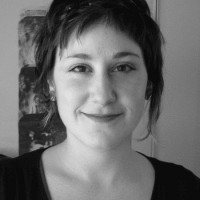 “Mapping Displacement and Belonging: Wartime Japanese Dislocations through the lens of Emotion, Memory, Place and Identity,” Accepted for Presentation at The West Before (and after) the West: A Meeting of Western Canadian Studies. St. John’s College, University of Manitoba, Winnipeg, November 5-7, 2015.

“A Re-Assessment of the Successes and Failures of the Seasonal Agricultural Worker Program in Canada with Attention to the Perspective of Mexican Migrants,” Canadian Association for Latin American and Caribbean Studies Congress Environments, Societies, Imaginaries: The Americas in Motion, Quebec City, May 16-18, 2014.

“New Zealand and its Satellites: Pacific Diasporas of Labour since 1945 ­ the Experience of ni-Vanuatu in Central Otago,” Departmental Seminar Series, August 2007, Department of History, University of Otago.

Commonwealth Scholarship for Scholars from the U.K. and Canada, University of Otago, Feb. 2007-June 2008.

University of Otago, Department of History Travel bursary for oral history and archival research in Central Otago, Wellington, and Auckland, and Apia, Samoa, 2007.

My doctoral dissertation, “Harvest Histories: Mexican Agricultural Labourers Since 1974,” merges oral history, media analysis and archival research to chart the rise of “offshore” farm labour in Canadian agriculture in a postwar context of hemispheric globalization and increased out-migration from Mexico.  Over forty oral history interviews with farmworkers of Mexican origin in British Columbia and Manitoba contributed to the field data of my study.  In viewing Canada as an extension of earlier
historical patterns in migratory farm work, my dissertation reworks the historical record and understanding of migrant labour in Canada by addressing gaps in the official archive and deficiencies of media portrayals of the foreign farm workers.