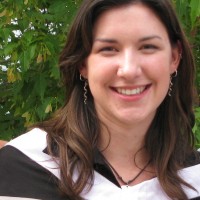 Hurrell, Casey, Nicole Marion and Joseph Scanlon. “Kingston and the ‘Prevailing Malady:’ The Limestone City and the ‘Spanish flu.’” Paper presented at the Kingston Historical Society, Kingston, Ontario, May 21, 2014.

Marion, Nicole. “Evaluating an ‘Unspeakable Horror:’ The Discourse on War in Canadian Newspapers in the Face of the 1938-1939 Czechoslovakian Crises.” Paper presented at the Pierre Savard Graduate Student Conference, University of Ottawa, Ottawa, Ontario, March 23, 2012.

My dissertation, entitled “Banning the Bomb: Canadian Anti-Nuclear Activism, 1957-1963,” will be the first comprehensive examination of Canadian anti-nuclear activism from 1957 to 1963. It will argue that an appreciation of anti-nuclear movements is central to a broader understanding of how Canadians responded to the Cold War. In seeking to uncover why, when, and how anti-nuclear movements mobilized in Canada, my research will demonstrate not just how these protesters were outsiders in debates about Canadian national security, but how they appropriated the languages and practices of mainstream politics as activist Canadian and global citizens. My general research interests include public responses to Canadian foreign policy, social movements, humanitarianism, gender, and sexuality.