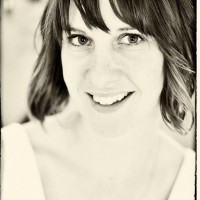 “‘Over all nations is humanity’: The idea of human security in ‘Industry and Humanity,'” Association Française d’Études Canadiennes, Nice, France, June 2012.

“‘Over all nations is humanity’: The idea of human security in Canada’s past,” BC Political Science Association Conference, Langley, BC, May 2011.

“The Legacy of a King: Mackenzie King and Canadian foreign policy,” Qualicum Conference, Parksville, BC, January 2010.

“Colonizing Space and Producing Territory: Canals, Cartography and Conceptions of Security in Early 19th Century Upper Canada”: My project interrogates the ways that the prioritization of increasingly standardized epistemologies were expressed in cartographic representations in Upper Canadian canal building projects at the end of the eighteenth and beginning of the nineteenth centuries. Both the imperial British and the burgeoning colonial governments focussed on canal building to enhance trade and for increased security both internally and externally. There was tension between the imperial (for trade) and colonial (for security) desires for canals; it appears, as Harold Innis astutely observed, that this prioritization of imperial industrial expansion provided Canada instead with “an abundance of goods but not the first luxury of security.” While much has been written on the canals’ contributions to trade, we know far less about colonial concerns for security. How internal and external security was defined, assumed, understood, and contested through the various cartographic and engineering projects associated with canal building is the primary concern of my dissertation.