HIST 4201A: Being Young in Twentieth-Century Europe

HIST 4201A: Being Young in Twentieth-Century Europe
Fall 2022 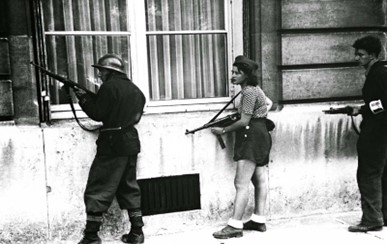 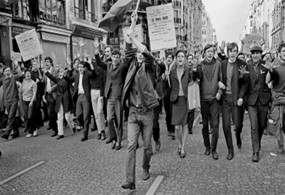 Young people were at the forefront of key events in twentieth-century European history even if their age-specific participation has not always been highlighted by historians. Young people helped drive revolutions and were among the most enthusiastic supporters of the new communist and fascist regimes that emerged after the First World War, sometimes even denouncing their parents to state authorities. Young men served as front-line soldiers in two brutal world wars, as did young Soviet women during the Second World War. Across Europe, young women like 18-year-old Simone Segouin, who is pictured above, joined young men in wartime resistance movements. In the post-1945 decades, European young people’s enthusiasm for American-style comics, movies, and rock’n’roll prompted anxiety and moral panics among adults. During the 1960s, student protests triggered larger protest movements that shook governments across the continent. At various points during the twentieth century, young people appeared to be sources of both hope and anxiety for adults; they were a demographic that had to be educated and whose behaviour had to be managed carefully.

This in-person, .5 credit seminar examines young people’s diverse experiences in twentieth-century Europe. Weekly seminars will explore key questions in twentieth-century European youth history, including young people’s relationship to revolution and war, communism and Nazism, education and student protest, and a transnational youth culture based in music and new fashions starting in the late 1950s.  We will be attentive to the importance a young person’s gender, class, religion, and race had for her/his/their experience(s), opportunities, and challenges. Special effort will be made to incorporate primary sources, including diaries and memoirs as well as contemporary film clips and music, into weekly assigned materials. Students in the course will have the opportunity to prepare a research project on a topic and format of their own design.

The course will function as a seminar.  Each week we will gather to discuss the assigned readings and occasional film clips and podcasts. Because seminar discussions will be the core collective experience of the course, students will be expected to come to class each week having done the readings carefully and ready to discuss them. Seminar participation will count for 30% of the final grade. Students will also be asked to complete assignments that are designed to help them refine their analytical, interpretive, and research skills.  These will likely include a short paper analyzing one week’s assigned reading (20%), a research proposal and annotated bibliography (15%), and a research project (35%). Students are free to design their own research topic and presentation format.

Please don’t hesitate to contact Professor Whitney (Susan.Whitney@carleton.ca) if you have any questions about this new seminar course in European history.